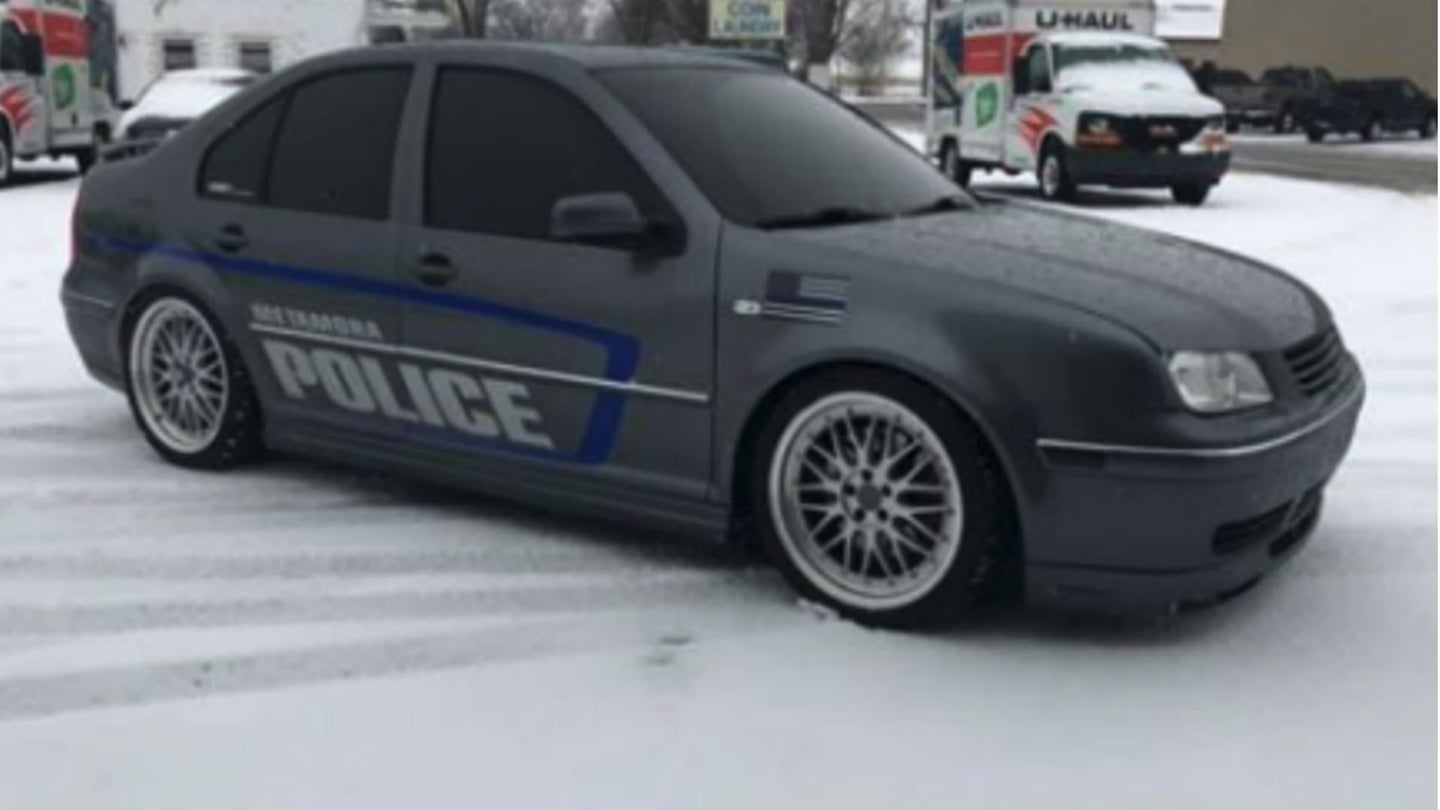 If 5.0-liter Ford Mustang Interceptors and Lamborghini Huracan pursuit vehicles have taught us anything, it's that there's no shortage of stellar cop cars out there. No matter how eclectic your taste in automobilia, you're sure to find some sort of crime-fighter that fits the bill. Say you'd rather have something that's relatively affordable, but it still needs to be reasonably fast and resonate with the enthusiast crowd. How about a MK4 Volkswagen Jetta that used to belong to a drug dealer before being converted to a modified police patroller?

That's exactly what the Metamora Police Department in Illinois did with this Silverstone Grey Jetta GLI. According to a Facebook post that has since been deleted, the VW was obtained by the cops a few years back in what was likely a drug bust. Instead of sending it to auction or, God forbid, the crusher, they decided to keep it around in case they found a use for it.

That use, as it turns out, is transportation for the local school resource officer. Rather than returning it to stock, the Metamora PD decided to retain all the GLI's add-ons which apparently make it pretty quick. It packs a 1.8-Iiter turbocharged engine and six-speed manual transmission, and while it's impossible to tell from the pictures, there might be a tune or upgraded blower in the mix somewhere. It wouldn't be surprising given the obvious coilover suspension and BBS LM wheels, though the latter might be replicas.

Per the old Facebook post, the car is also used on patrol from time to time. While it might not be a barn-burner like some rad police cars we've seen lately, the GLI should have no problem catching up to your average Lincoln Town Car or, on the faster side of things, a Honda Civic Si. Just hope the car your chasing doesn't have a Wu-Tang Whirley Boi™ of its own.

The Drive has reached out to Metamora PD and Metamora Motors for additional specs on the Jetta, and we'll update this space with the deets once we hear back.

Got a tip or know who used to own this street-slinging VW? Send us a note: tips@thedrive.com