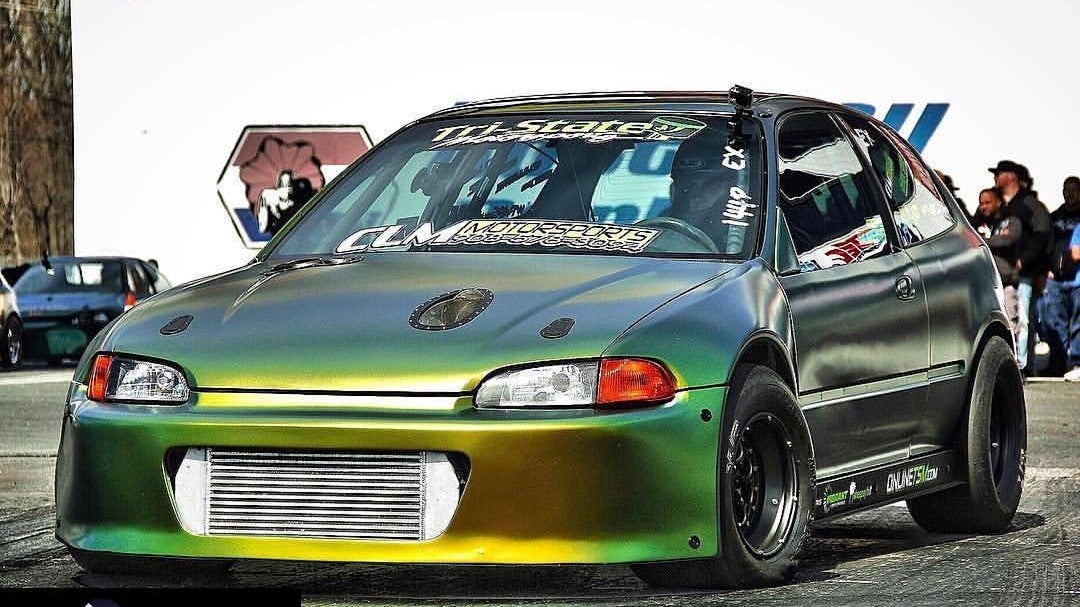 The Honda Civic is one of the most humble, unassuming people-movers in automotive history. It was originally made to get you where you need to go, reliably and efficiently, without much fuss. Sure, there have been sporty versions, but even those are economy cars at their core. This EG Honda Civic, heavily modified by CLM Motorsports in Woodbridge, New Jersey—known as “Section 8”—is a different story.

What started out as a modest three-door hatch has been turned into a hot rod of sorts that can break the quarter mile in under 8 seconds. It starts with a new engine. The original 1.5-liter single-cam four-cylinder has been swapped out with a 2.0-liter K20 inline four with a block from JBR Engines, a 4P Pro TSX ported cylinder head, and a 72mm turbocharger. The new engine is lashed to a PPG dog box transmission.

The engine swap is just the beginning of the modification. This thing has all-wheel drive. We reached out to CLM Motorsports and they told us they built the custom AWD system out of "Honda parts from various models." They also estimated this Civic makes anywhere from 1,300-1,400 horsepower. Laying down all of that power to all four corners of the car helped Section 8 achieve a claimed world record as the first seven-second, all-wheel drive Honda.

In its best run so far (which can be seen in the video below) the Civic hits the quarter mile in just 7.88 seconds at 186.77 mph. It looks surprisingly composed for having so much power in such a little car. The all-wheel drive system and fat tires surely contribute to the compact’s stability at high speeds.

The folks at CLM Motorsports have been trying all year to hit the seven-second mark on the quarter mile. It’s great to see the reactions of the team and the driver when that goal is achieved. CLM Motorsports told us they're "going to continue to push Section 8 to make more horsepower and achieve quicker times."