It was built specifically for Scandinavia’s greatest sport: traktorcross. 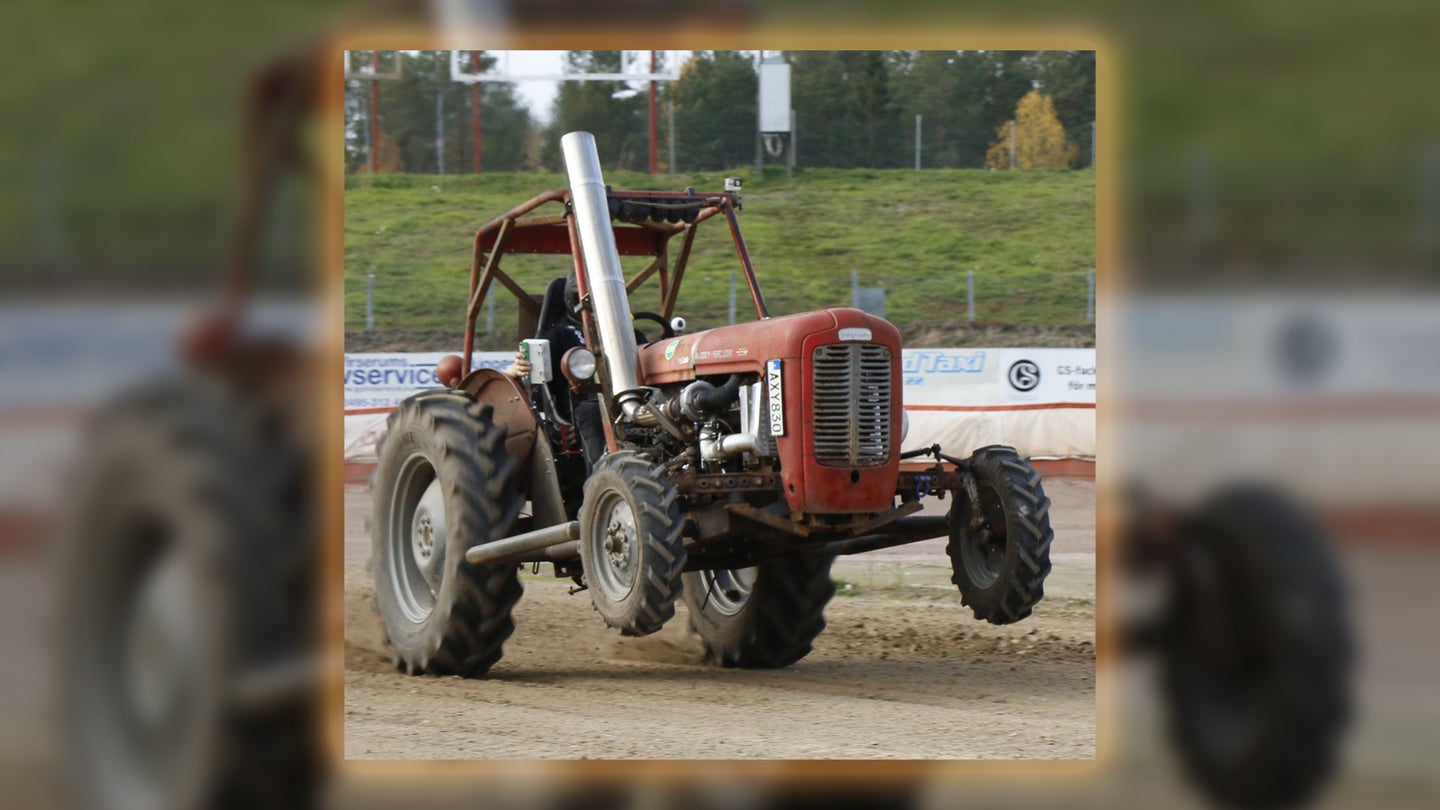 There's a lot to love about Volkswagen's family of VR6 engines. As they're effectively narrow-angle V6s, they can cram the power and smoothness of six-cylinder engines into bays designed only for four-bangers. Turbocharging one can unlock more than 700 horsepower, and if you stuff a boosted VR6 into a Golf R, you can crack 220 miles per hour. That's probably why Swedish racer Emil Sjödahl rigged such an engine to his vehicle of choice, which is unusual by any metric because it's a freaking tractor.

Sjödahl competes in a form of motorsport known as traktorcross—a word that needs no translation—with a 1958 Massey Ferguson 35, which originally made 32 to 37 horsepower according to Tractor Data. After installing a 2.8-liter VR6 from a 1992 Golf, bolting up a turbo, and re-tuning the engine to run on E85, Sjödahl recorded 278 wheel horsepower on a dynamometer, which is probably far short of the tractor's actual output. Sjödahl told The Drive he recorded that figure despite getting wheelspin during his dyno run, which was performed with only 13 psi of boost. Surprise, surprise, this tractor runs on 23 psi today.

As evidenced by footage of Sjödahl competing in traktorcross semifinals with this contraption, it's quite competitive and appears to have handling to match its straight-line performance. When Sjödahl uploaded the video below, he was still working out kinks with his creation, as the attached description complains of severe clutch drag that would've slowed his shifting. Clutch issues also reared their head when Sjödahl entered tractor drags, so he has since swapped out his six-puck clutch for a Sachs unit designed for a BMW. Upgrades to the Massey Ferguson's suspension and brakes are also due before Sjödahl's next race, which is scheduled for this June.

If you're as suddenly smitten with traktorcross as we are, then you're in luck, because there's a magazine and YouTube channel called Traktor Power, devoted entirely to the sport. There's plenty of love for fast tractors abroad, but if you have to be in the Mecca for this strange series, you'd better find your way to Scandinavia by June. If you can't make it, you can instead follow Sjödahl's Instagram account @litenforbannadtratra—that's "littleangrytractor" in English.

Got a tip, or a turbo tractor we can drive? Send us a note: tips@thedrive.com