British industrial equipment manufacturer JCB has broken the top speed record for tractors, hitting 103.6 miles per hour in a modified version of its Fastrac 8000. In case you forgot, the previous record of 87 mph was set by none other than Top Gear's 500-horsepower "Track-tor."

Built in secret over the past several months, this speedy farming machine is powered by a 7.2-liter, six-cylinder diesel engine producing 1,000 horsepower and 1,843 pound-feet of torque. According to Farmer's Weekly, the regular Agco CVT transmission has been replaced by a lorry-spec six-speed ZF manual. It's also been lightened and had its aerodynamics worked on with assistance from Williams Advanced Engineering. Yes, the same crew behind the Formula 1 team of the same name.

"It had been a great day with the JCB at Elvington, proper job with some right proper engineers. She felt rock steady on the runway, job's a peach," Martin exclaimed.

And don't think modifying a tractor to hit illegal-on-the-highway speeds was the scheme of some rebellious, skunkworks engineer. The whole thing was apparently JCB chairman Lord Bamford's idea.

"We've long harbored a dream to attempt a speed record with the Fastrac and the whole team has worked tirelessly to achieve this amazing result," said Lord Bamford. "I'm extremely proud of what they have achieved in such a short space of time. It is British engineering at its best and it really does highlight the skills and innovation we have in our engineering team. They have done a truly fantastic job."

A documentary on JCB's record-breaking tractor will air in the U.K. on Channel 4 later this year. In the meantime, here's Top Gear's Matt LeBlanc and Chris Harris tooling around in the previous record holder. 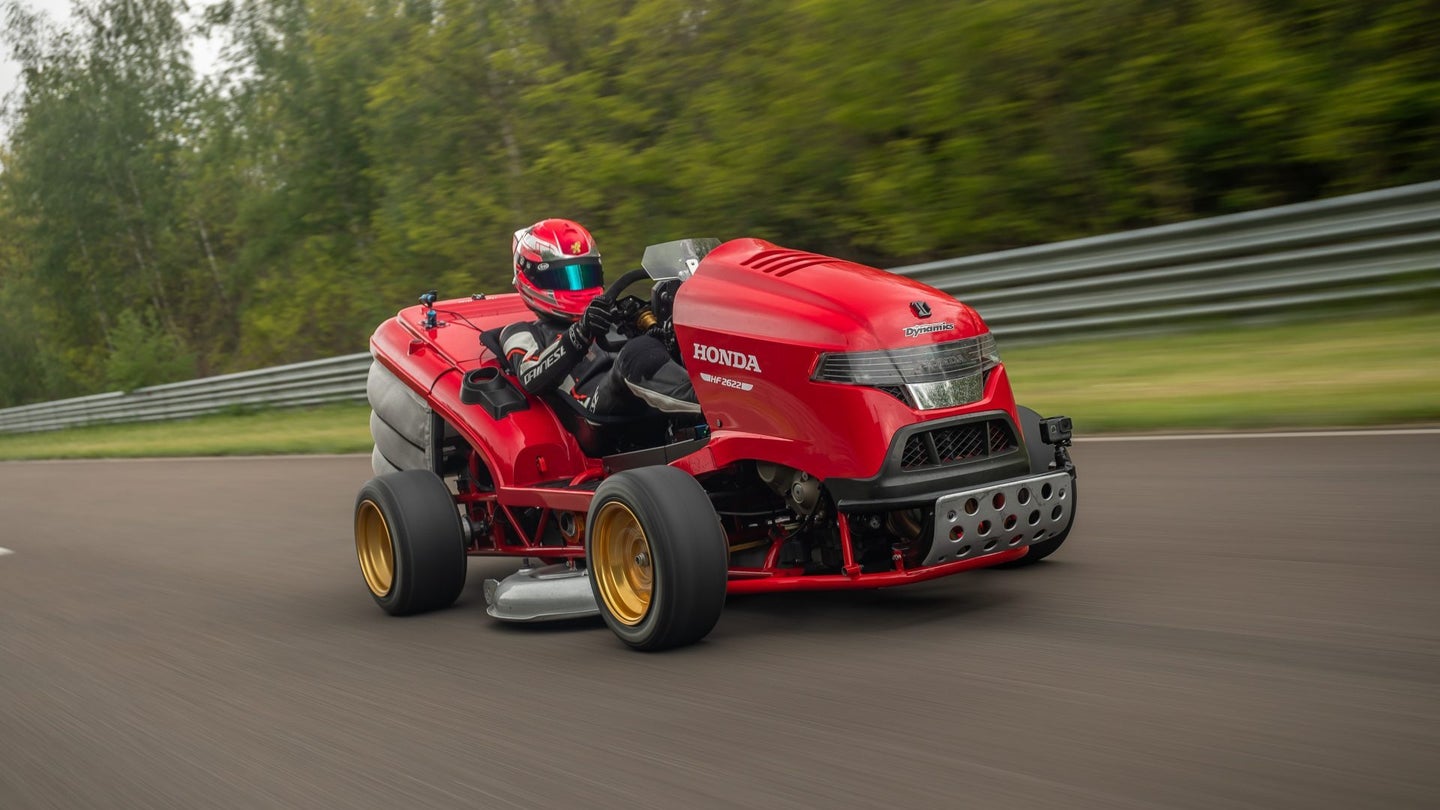 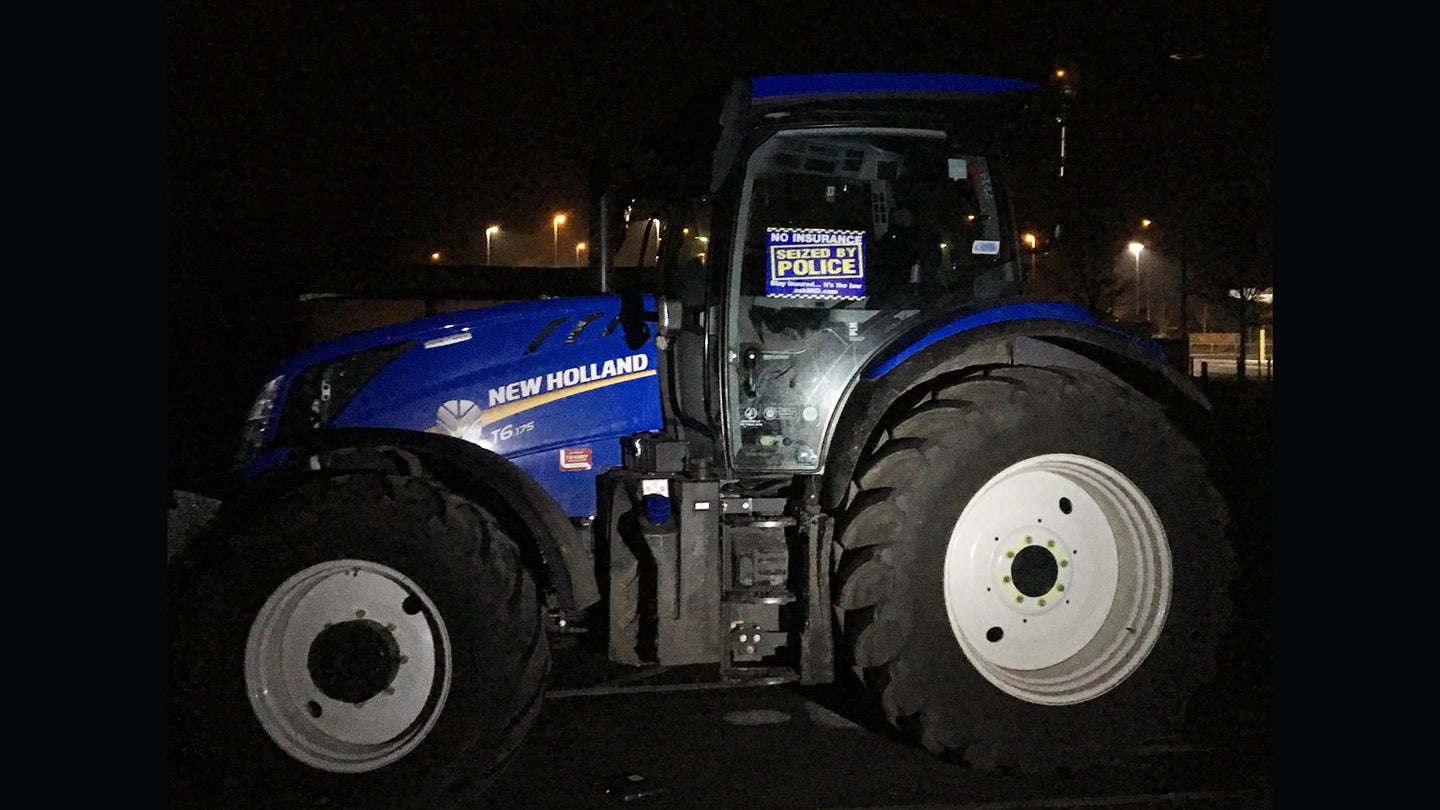 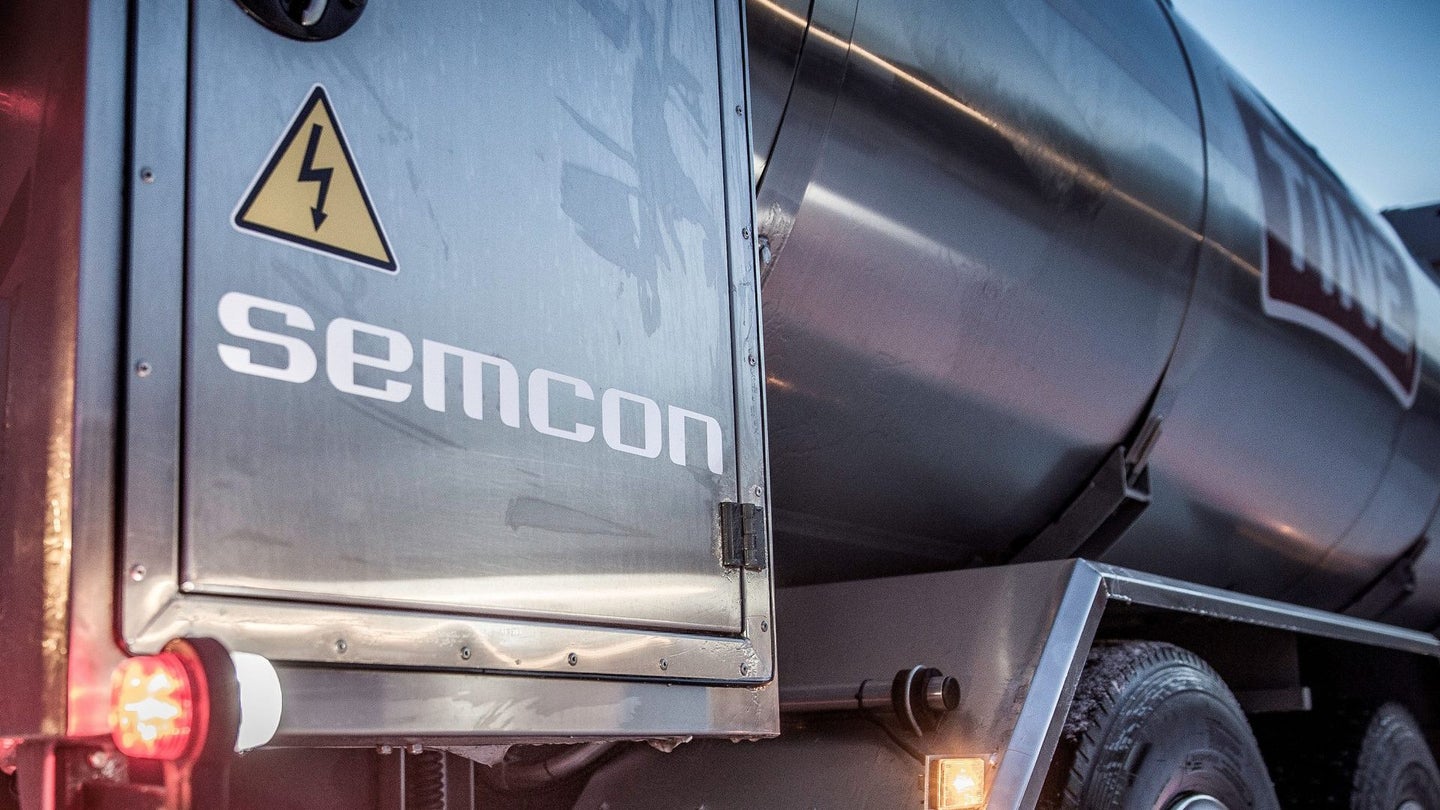 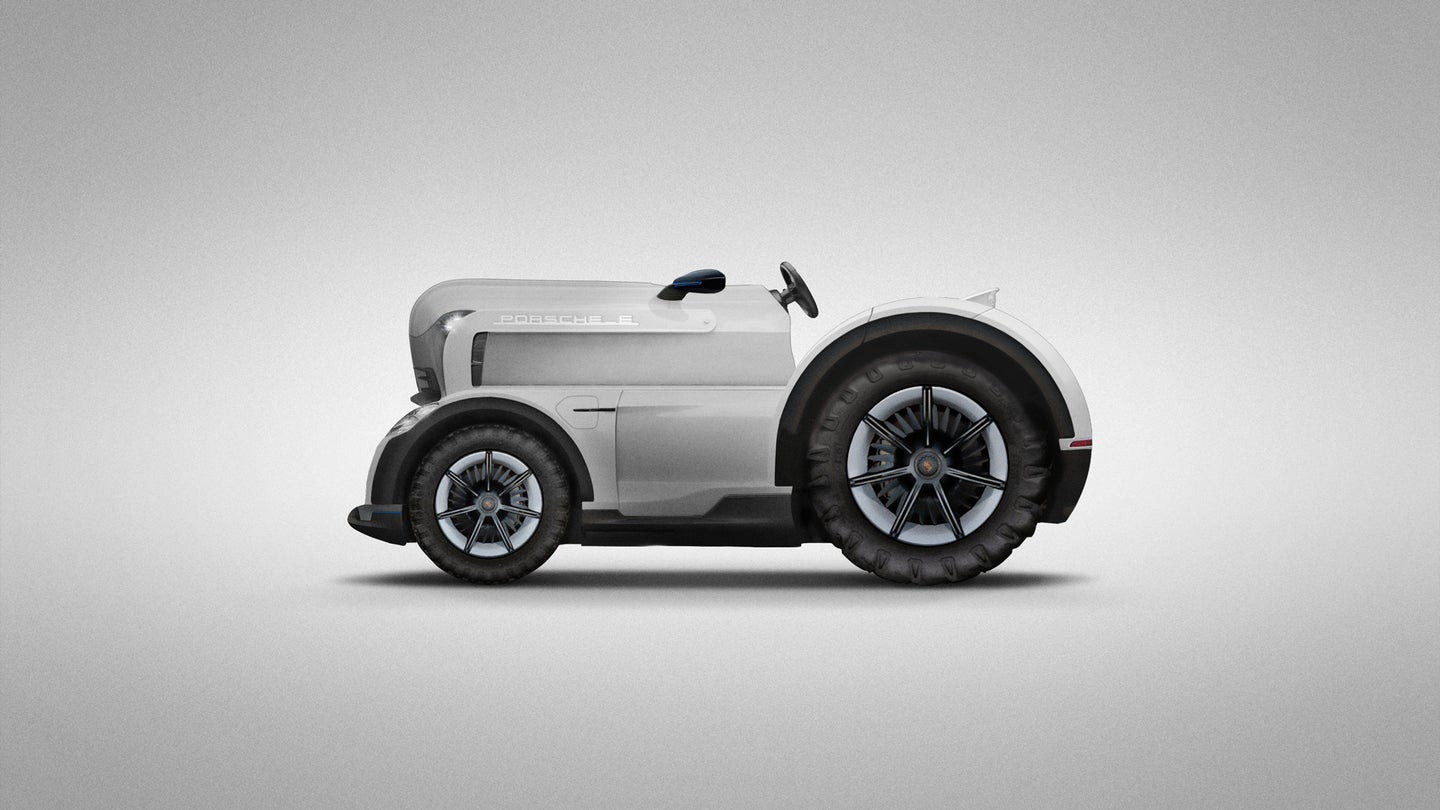 This is Porsche’s 700 Horsepower Electric Tractor

Just in time for the harvest in the southern hemisphere. 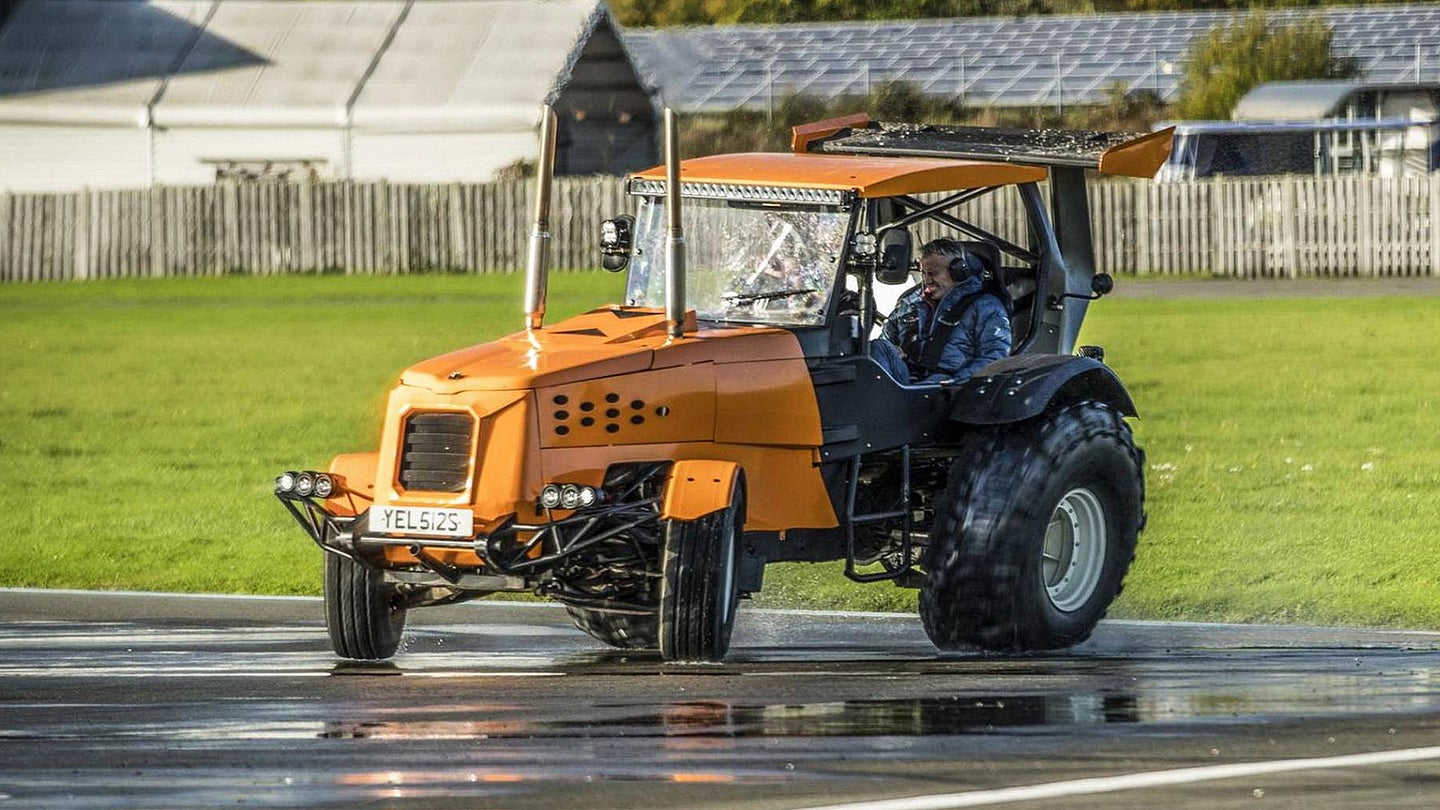