Colorado State Patrol Wants to Remind You ‘Help Me!’ Signs in Cars Aren’t a Joke

Didn’t your parents ever tell you not to do that? 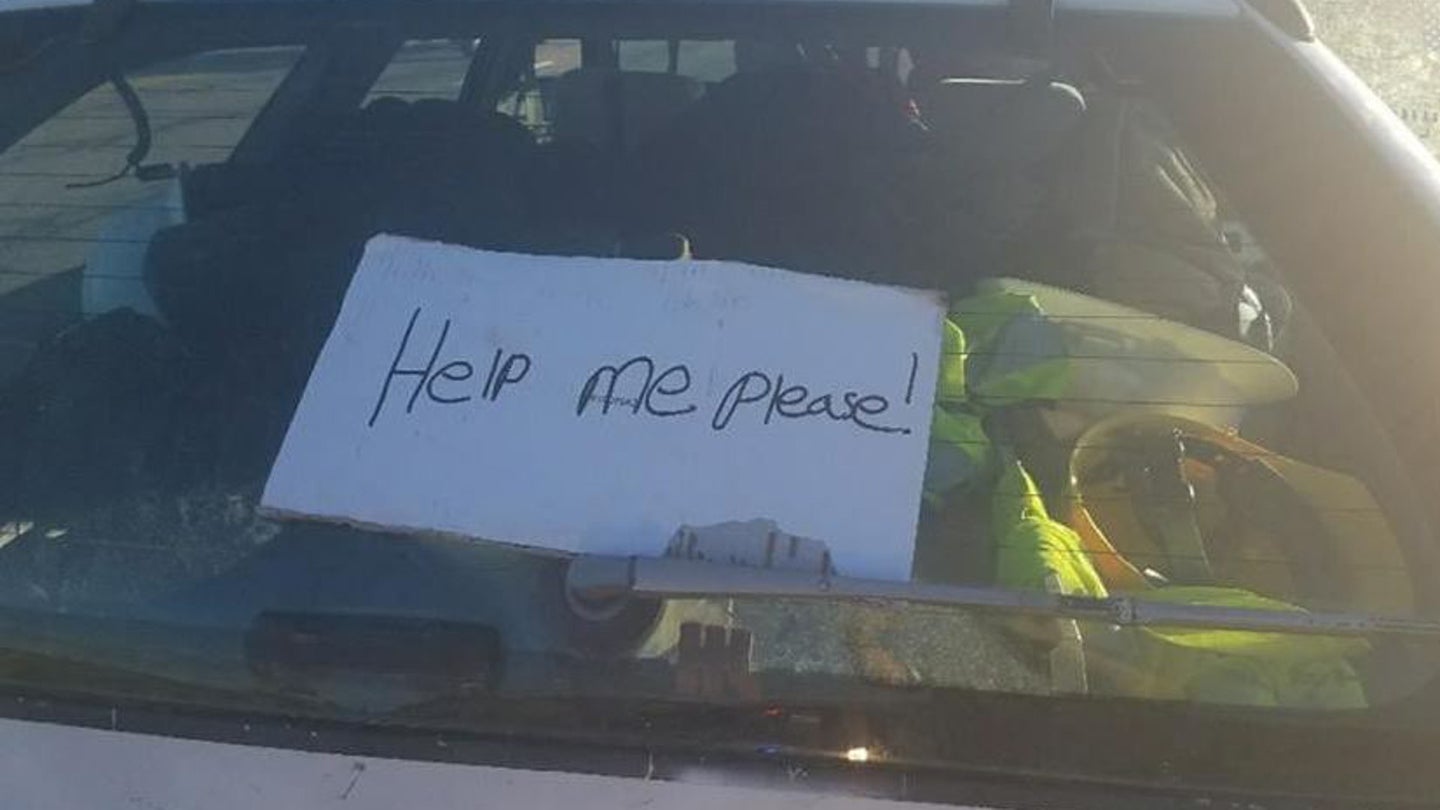 There are lots of ways you can amuse yourself on a long road trip. You can turn to backseat classics like the license plate game or 20 Questions, settle in with a nice long book, or spend the whole time checking Twitter on your phone. Putting a sign reading "Help me please!" in the window as a joke to see what happens, though—that's just plain dumb.

A concerned driver notified Colorado State Patrol last night after spotting the plea for help taped to the rear window of a white Ford Taurus outside Colorado Springs. The car was heading south on Highway 115, and troopers were finally able to track it down and pull it over just outside Canon City. They were understandably very annoyed to realize it was just a very, very stupid gag.

According to KKTV News, Colorado State Patrol Spokesman Josh Lewis said that officers "had a good long talk" with the driver and his friends, but they won't be charged with anything. And based on the pictures, it looks like a pretty sizable police contingent made the stop—which hopefully scared the crap out of them. There's a whole lot of downturned-chin shame to enjoy in that bottom-left image.