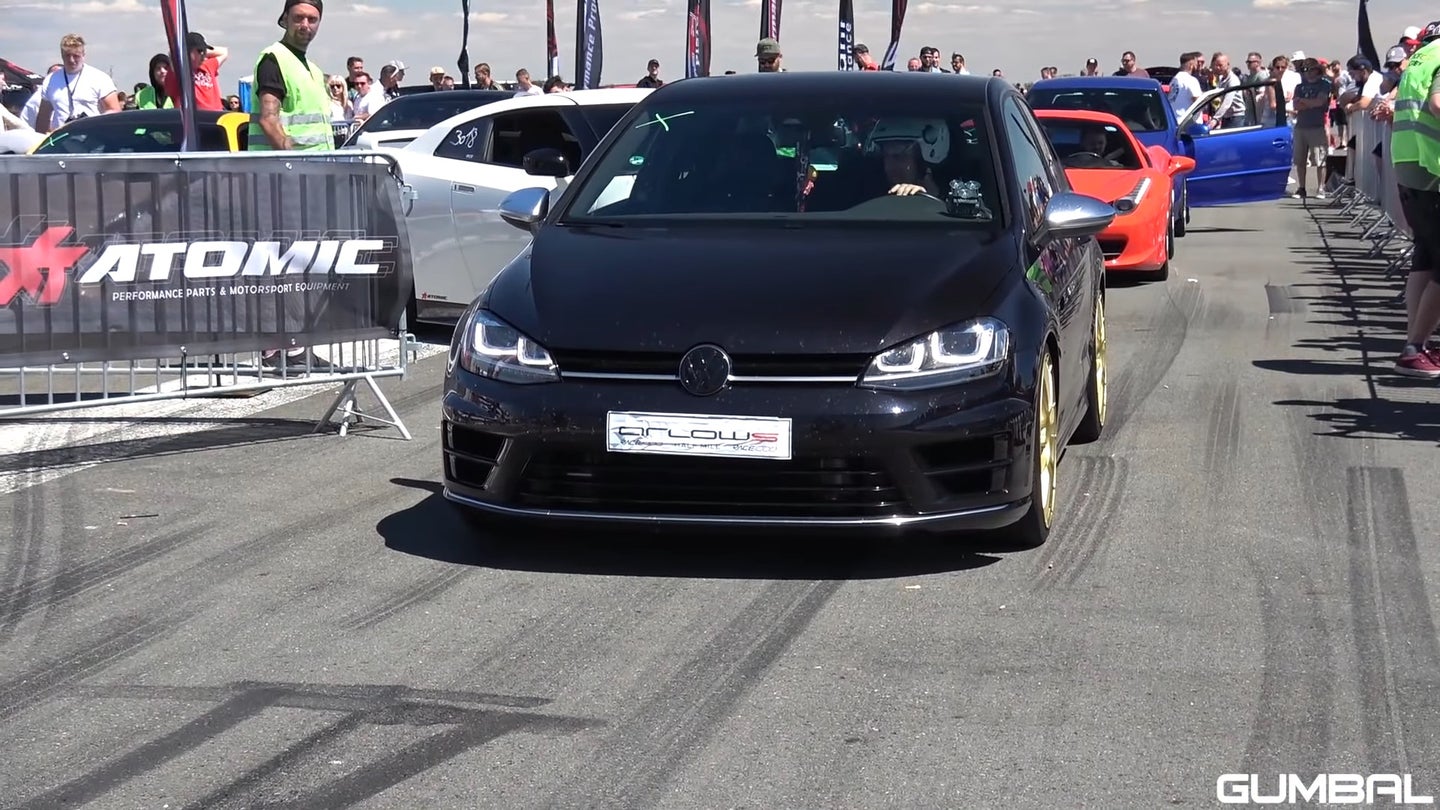 Even the "no replacement for displacement" crowd should appreciate the power-hungry nature of the 2.0-liter turbocharged EA888 used in the seventh generation Volkswagen Golf R (and GTI). Although the top-of-the-line mega hatch's power plant makes just 292 horsepower in stock form, a simple software tune will net more than 50 extra horses, and a handful of bolt-on modifications will bring the R's power output past 500 horsepower. If you want even more bang for your buck, an engine swap is inevitable.

YouTube user Gumbal recently filmed an Mk7 Golf R with a 2.5-liter five-cylinder engine from the new Audi RS3 Sportback stuffed in it participating in a half-mile drag competition in Germany, and it's nearly everything we wish the Golf R was.

The build itself was done by German tuning shop MTR Performance, who also installed a TTE625 turbocharger from The Turbo Engineers, seven-speed DQ500 dual-clutch transmission, and larger downpipe and intercooler. The result? A whopping 591 horsepower and 516 pound-feet of torque.

Surprisingly, the car only runs a 157 mph half-mile, even with a powertrain from the most potent drag racing sedan currently out there. Still, this Golf R appears very stable during each launch, and sounds excellent.

Fans might wonder why Volkswagen didn't borrow the Audi five-cylinder or build another larger-displacement motor for the Golf R in the first place, especially since the six-cylinder VR6 in previous entries of VW's top-performance Golf was so revered. The problem lies in development costs coupled with the fact that the EA888 turbo-four blows larger engines in VW's lineup out of the water in nearly every category, especially regarding emissions.

Pay close attention to this build, because it may be the closest we ever come to getting another VR6 in Volkswagen's hottest hatch.