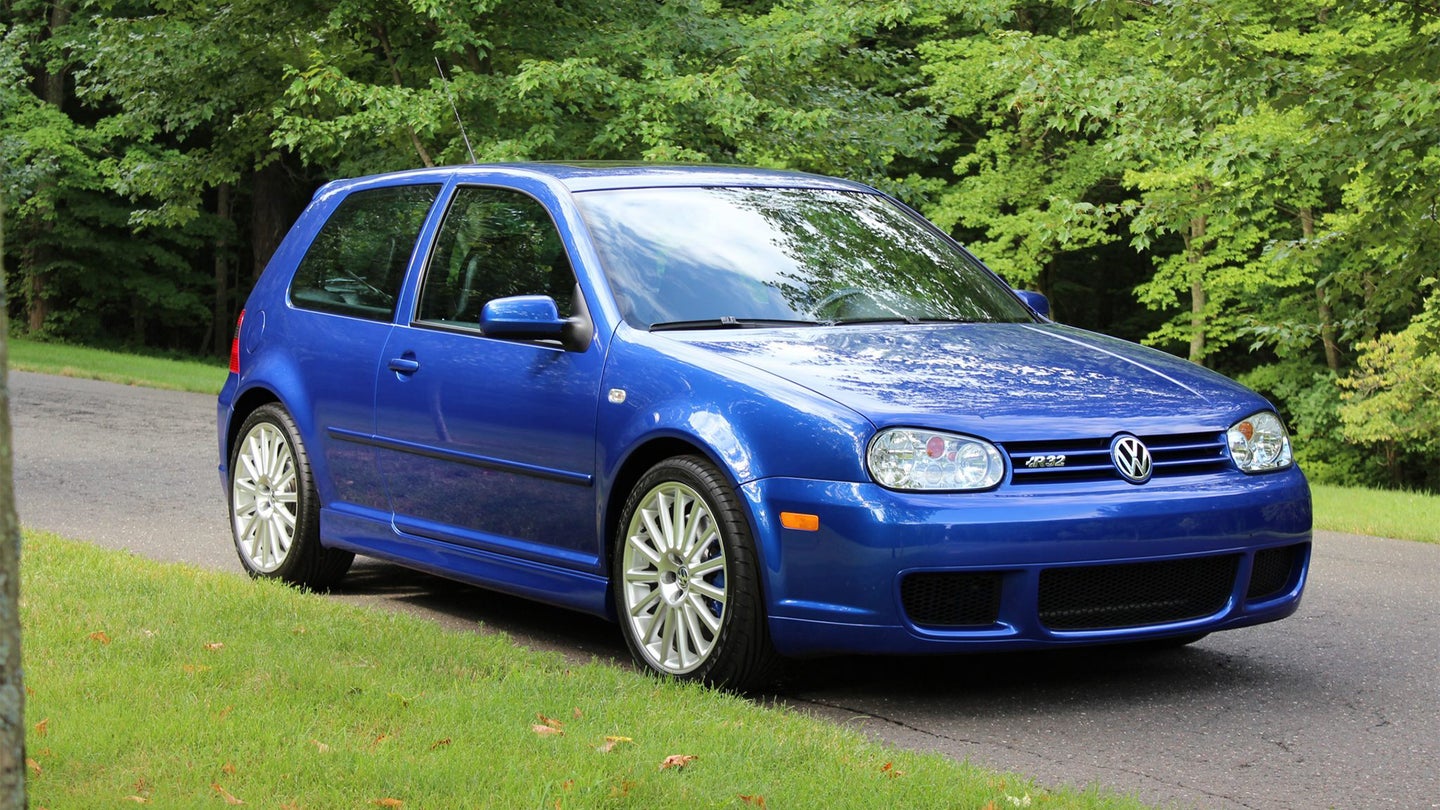 If there's one driver's car that Volkswagen should be remembered for, it's the R32. This was the Germans’ answer to the hot hatch and made for one of the best driving commuters that could be bought for under $40,000—there's no questioning its prowess or notoriety. As the years go by, it becomes harder to find perfect examples of driver's cars as they are typically, well, driven, and prices for museum-worthy examples skyrocket. It's time to accept that we now live in a world where MK4 R32s are going the way of the MK4 Supra.

Friday on Bring A Trailer, the Volkswagen R32 hit an all-new milestone: a secondhand sale price of $62,000—the highest price ever paid for an R32 from the same generation.

It's easy to see why the car fetched a premium. Not only does it have an ultra-low odometer reading of just 1,800 miles, but it also appears to be a carbon copy of the R32 that every Volkswagen lover wanted. The car is finished in its hero color, Deep Blue Pearl, and looks the same as it did the day it left the factory. The seller of the car even reversed the modifications made by the previous owner, removing an aftermarket rear spoiler and Cupra R front valance (but those are included just in case you feel the need to spice up the car's looks).

Looking deeper into the VW, you get the notion that it was purchased to preserve a period of Volkswagen's history where it made such an exceptional enthusiast car. The seats are crisp with beautiful, clean bolster while the steering wheel has a cover that looks like it pulls night duty at a middle school cafeteria. The engine bay looks clean enough to eat from.

It's not just about looks with the R32—remember, this was a car meant to be driven. Its 3.2-liter narrow-angle VR6 was an aggressive little platform that pumped out 240 horsepower to all four wheels. Its brakes were larger than a lesser GTI's, and the car's time on the Nürburgring Nordschleife was slotted between the E36 BMW M3 and the Acura NSX.

This isn't just a hatchback. No, it's God's little blue chariot that he takes out only on weekends.

If anything, this just proves that the current automotive collector market is absolutely insane and that money has no real value.