The 200,000th Volkswagen R Model Has Been Delivered and It’s Going to a Good Home 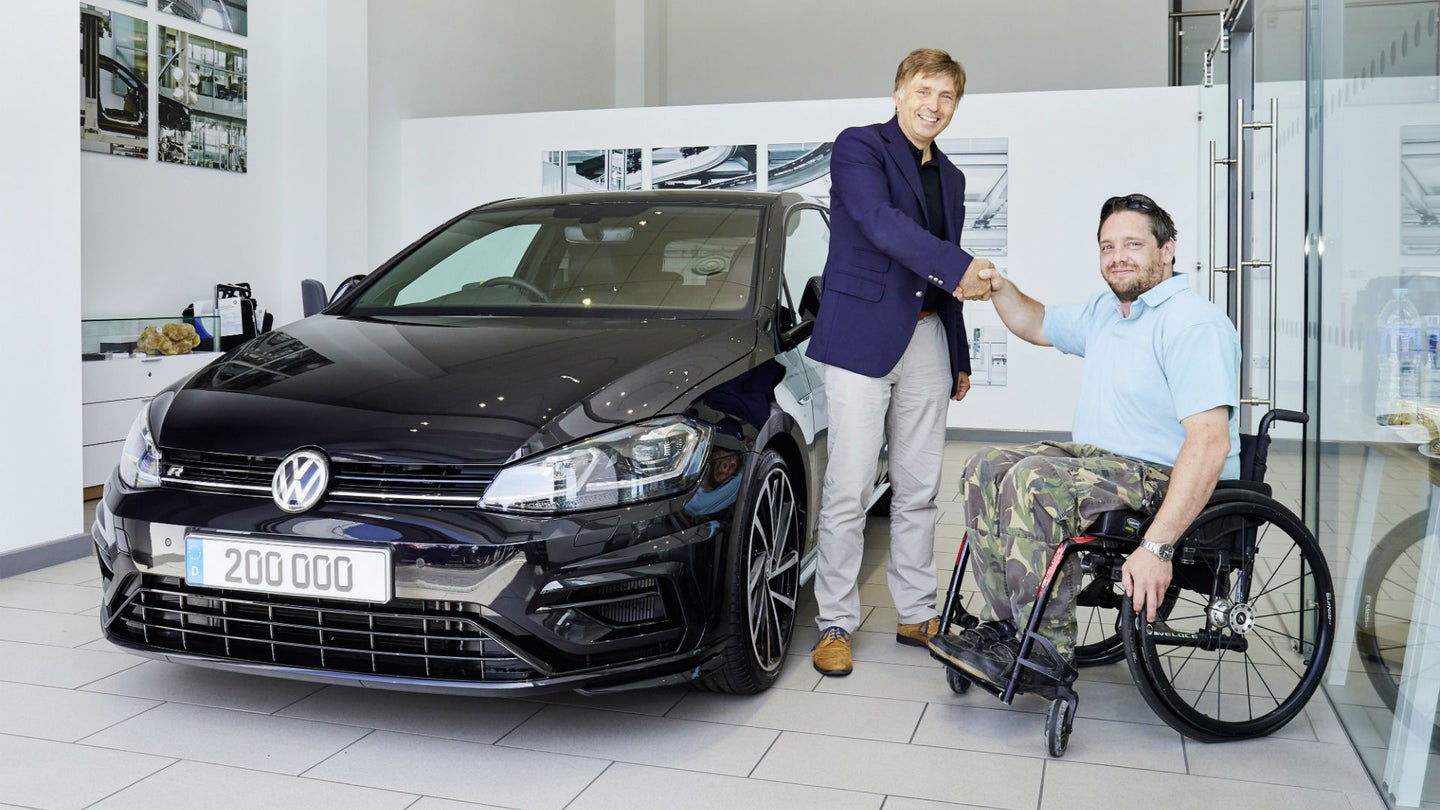 After 15 years of selling its top-tier performance variants, Volkswagen announced that its 200,000th R model has been delivered. The milestone car is a 2018 Golf R with the Performance Package, adding improved aerodynamics, better tires, and an Akrapovic titanium exhaust system.

The best part is that this car is going to a certified Volkswagen enthusiast in the United Kingdom. Keith Williamson from Cambridgeshire, U.K. is a die-hard VW Golf lover, with a Mk IV Golf R32 and Mk V Golf GTI already in his garage.

“I’ve always loved the Volkswagen Golf; the Performance range has always been about versatile and fun cars," Williamson explained. "I get so much enjoyment from my Mk V Golf GTI and the Golf R just lifts that level of driver involvement even higher. I am particularly excited about having the Performance Pack on the car. This is another car that won’t be leaving my collection!”

Jost Capito, executive director of Volkswagen R, headed to Robinsons Volkswagen Peterborough to personally deliver the car to Williamson. “Developing and globally retailing 200,000 units in 15 years is a big achievement,” he said. “Volkswagen R is a small business that employs around 350 colleagues. Everyone in our company contributes to the success of the company."

While Volkswagen has been cramming larger engines into its iconic hot hatch since the early 1990s, the R sub-brand (previously Volkswagen Individual) has only been around since the sale of the VR6-powered Golf R32 in 2003. The motorsport-inspired company has since expanded into building performance variants of other VW models, such as the Scirocco R, Touareg R50, and Passat R36.

Sadly, us Westerners got none of these other models, so we'll just to stick with the Golf R hatch and the new R-Line aesthetic packages.

VW’s new batch of heavily-modified cars includes a Tiguan on air-lift suspension and an Atlas off-roader.