Our home once had a movie star parked in the garage. His name was George. 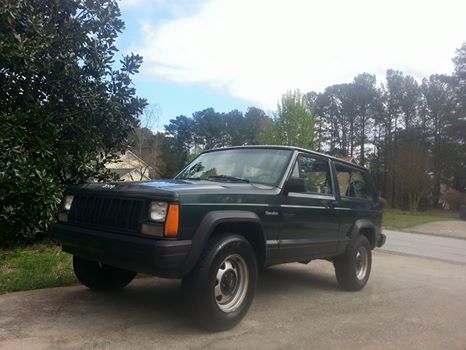 Two years ago I met my wife's favorite Jeep. His name was George.

George the Jeep became a movie star thanks to my lending out of old metal whenever a production company needed to have cars and trucks from a certain vintage period.

He was on a half-dozen movies within a few weeks and stole my wife's heart. Why? He was one of the very few older vehicles that wasn't a PITA to drive to movie sets.

Every week George had a healthy routine. Drive. Park. Sit. That's it. George was one of those rare vehicles that looked old even when he was new. Thanks to Chrysler keeping the basic shape of the Jeep roughly the same from 1984 thru 1996.

What that meant to my fledgling movie car business is that George pretty much fit as well in a 1980s movie setting as he did in one that took place around the year 2000. That gave George and my wife a day or two off from the kids, and yes, I approved.

My wife made the most of it by reading books, eating catered food (and saving some for me) and generally hanging out on set while George stayed as part of the background for a variety of movie scenes.  It was a wonderful life, but one day I got an offer I couldn't refuse.

I kept him for two years and eventually sold him to my mechanic's niece who was headed off to college. As a goodbye gift to them both I gave George and his new owner three new Mobil 1 filters.

I hope George is a happy Jeep these days. What about you? Have you ever known a Jeep like George?