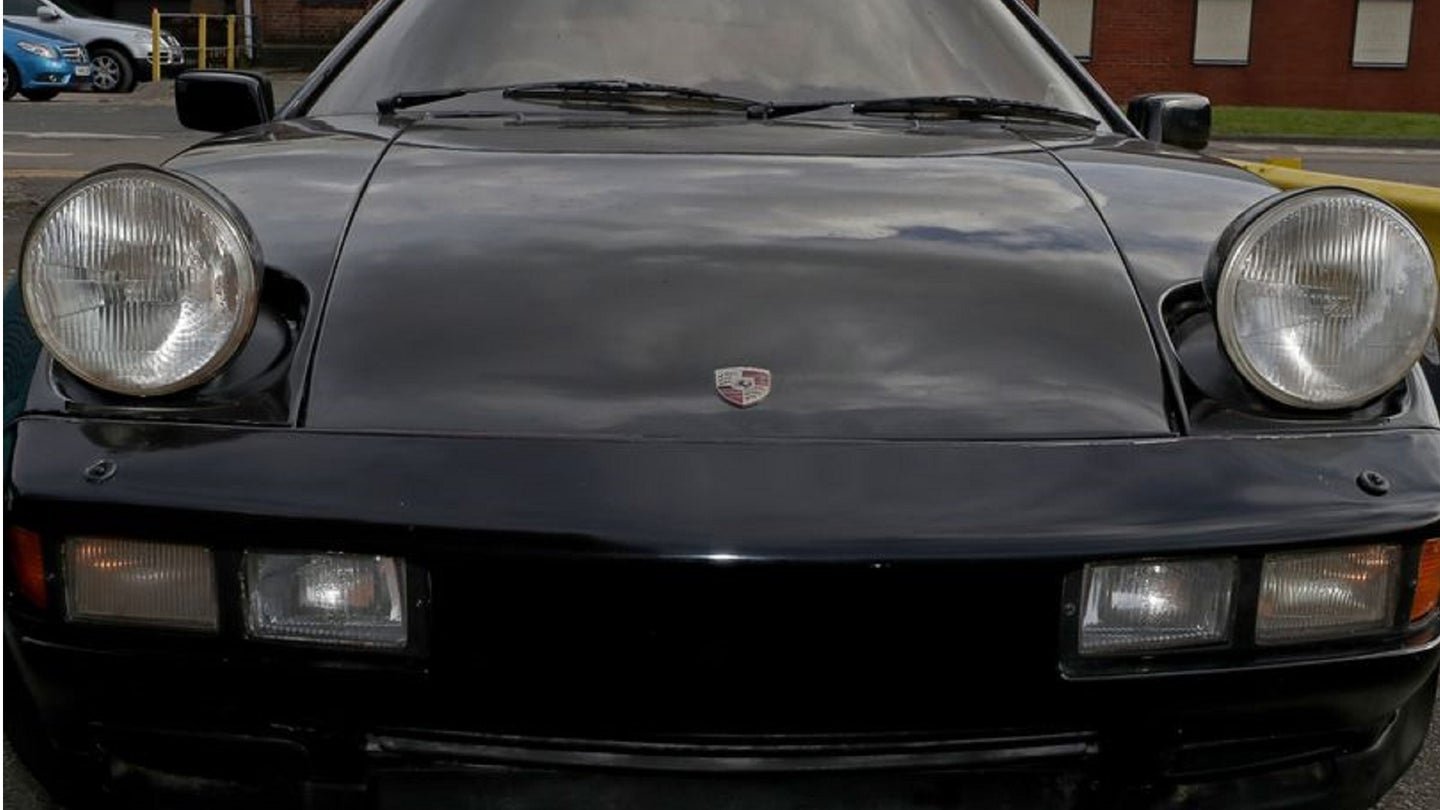 In an upcoming Beatles memorabilia auction held by Omega Auctions in the Liverpudlian suburb of Warrington, a lone automobile sits as the keystone of the event, a 1980 Porsche 928 one time owned by George Harrison (lead guitarist for the Beatles, but you knew that, right?). 928s are one of the last Porsche automobiles to be deemed collectible, and there isn't much particularly rare or exciting about this car other than its famed ownership history. Even then, Harrison at one time housed over 100 automobiles in his collection, and this Porsche only stayed with him for four years after purchase. Is it any more significant than your average run-of-the-mill 1980 928? We'll have to wait and see what the auction results come up with to know for sure.

The auction house wants everyone to know that this 928 is special because it was custom ordered with black stitching on the seats instead of red or cream stitches on the black seat. We're not sure that's quite as rare as they're making it out to be, but suppose it's difficult to really get any kind of numbers on how many cars were ordered this way. Porsche certainly won't know. In any case, it is a manual transmission 4.7-liter Euro-delivery V8, which ought to be a right fun car if the buyer does decide to drive it.

The current owner, Raj Sedha, had originally purchased this 928 to dismantle for spares in 2003. The person he'd purchased the car from had mentioned the George Harrison provenance, but Sedha had not known who that was until his wife told him later. Instead of dismantling the car, then, he'd decided to sit on it for eight years before giving it a complete restoration. "We want it to go to someone who's going to appreciate it," indicated Mr. Sedha.

The car is in good driver-quality condition, and should likely continue to be driven if you were to ask us. It's a cool old car with an interesting ownership history, it's worthy of a conversation piece at car shows, not to be put in a hermetically sealed bubble for time immemorial. The car is expected to sell for around 20,000 British Pounds.

Sony’s A.I. Bots Wrote Us a Beatles Song About Driving