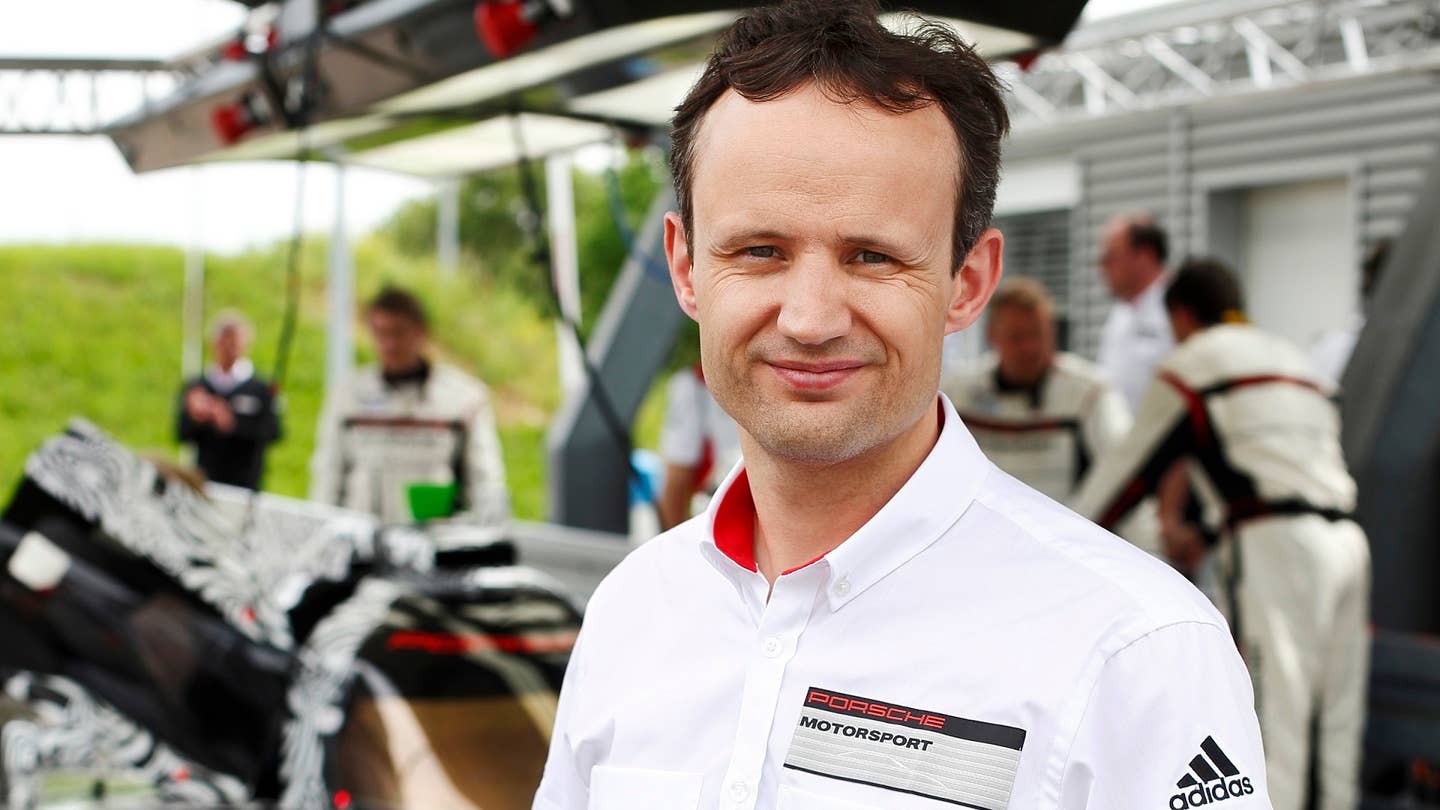 Back in 2011, Porsche hired German engineer Alexander Hitzinger away from Red Bull's Formula 1 empire to head their LMP1 program as Technical Director. Though the car wouldn't race until 2014, there was a lot of work to do behind the scenes, getting the team up to speed before taking on the best and brightest at Audi and Toyota. Hitzinger and his team provided Porsche with an excellent racer, which won Le Mans overall in only its second year (and again in its third year), proving his value. Which is precisely why it was a surprise to all involved that Alex announced he was leaving Porsche in March of this year. For months, nobody knew where he ended up or why. Thanks to a report from Manager Magazin released on Friday, we now know that Hitzinger was lured away by tech giant Apple.

Apple, of late, have been assembling a series of automotive specialists as they ramp up toward building their own car. It is possible that Hitzinger was needed because of his experience with lightweight carbon fiber manufacturing and electric power delivery and energy recovery, gleaned from years in the motorsport industry. He is also well versed in engineering a completely new technologically advanced program from scratch, as he had done at Porsche. It is likely that this type of thing interests Apple, as they were also in talks to purchase McLaren earlier this year, likely for similar reasoning. What will the Apple Car look like when it finally does come to fruition? Will they start as Tesla did with an electric sports car, or will it be a self-driving bubble like Google's car? Something in between perhaps?

It is particularly interesting to view Hitzinger's LinkedIn page, as it lists his leaving Porsche in March of this year to join "A Technology Company" in the "San Francisco Bay Area", which I suppose isn't exactly untrue. In any case, they've hired a true talent, and I'm interested to see what he comes up with. Porsche's loss is Apple's gain.