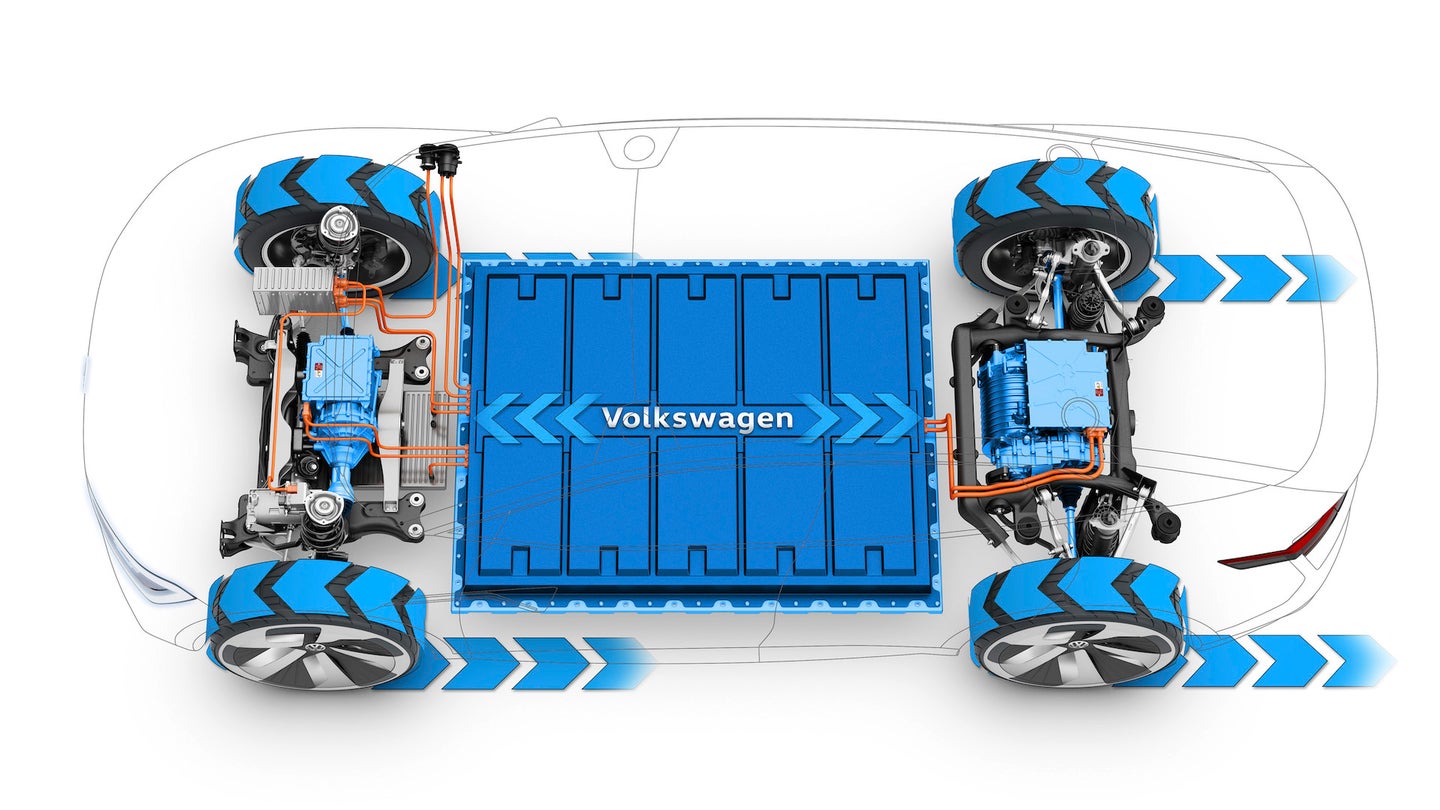 Volkswagen and Ford have reportedly reached a preliminary agreement that could deepen their relationship beyond the co-development of commercial vehicles and into the possible trade of electric vehicle and autonomous driving tech.

A source supposedly familiar with the two automakers' dealings reportedly informed Reuters that the foundation for Volkswagen's electric future, the modular MEB platform, is the company's bargaining chip. In return for access to this passenger EV platform, Ford is implied to be offering some form of vehicular autonomy tech—potentially pertaining to both companies' relationship with self-driving firm Argo AI. Volkswagen split from Amazon-backed Aurora last month to align itself with Argo, whose biggest ally thus far has been Ford.

This proposal is reportedly in the stage of an "outline agreement" to be floated to Volkswagen's supervisory board on Thursday, July 11. When contacted, Volkswagen and Ford both declined to comment, though the latter issued a statement to Reuters.

"Our talks with Volkswagen continue," a Ford official told the publication. "Discussions have been productive across a number of areas. We'll share updates as details become more firm."

Regardless of whether the two companies proceed with their deal as reported, development and launch of Ford's first electric product, the "Mustang-inspired" Mach E performance crossover, will likely proceed unaffected. A possible leak outlined a potential Ford Mach E reveal later this year, followed by a market introduction in late 2020, which is about when Volkswagen will put its first MEB-based EVs on sale.

Volkswagen will begin delivering its I.D. Crozz Concept-based electric crossover in the U.S. in late 2020, concurrent with the launch of its ID.3 electric hatchback abroad. Any future EV collaboration between Ford and Volkswagen will likely affect products whose market rollout is not yet scheduled, though it could theoretically reopen the door for Ford to return to the passenger car market it disavowed last year.