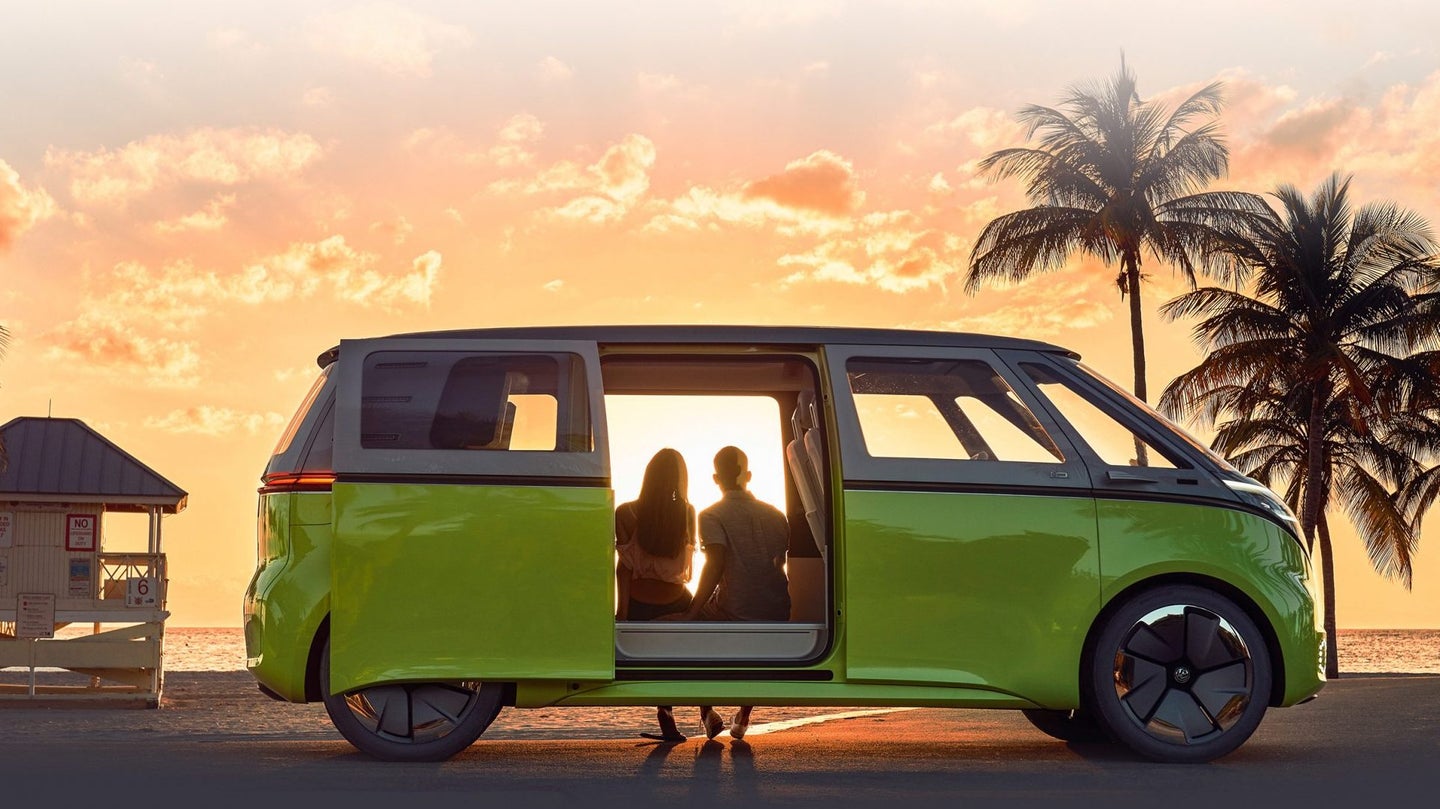 Volkswagen reportedly aims to sell one million electric vehicles per year by 2025.

Its first step will be to sell 150,000 electric vehicles worldwide in 2020 on its upswing toward a million annually by 2025, as reported by CNET. This rapid growth will supposedly be accomplished using a new electric vehicle-only platform, which Volkswagen calls "MEB."

MEB is a modular electric vehicle platform designed by Volkswagen, its name a German acronym for what translates as "modular electric toolkit." The primarily-steel chassis system will underpin all of the automaker's electric vehicles for at least the next several years, all of which will wear the company's "I.D." EV designator, which currently appears on Volkswagen's I.D. Buzz, Crozz, Vizzion, and soon, other electric concept vehicles.

By default, the MEB platform is rear-wheel-drive, using an AC induction motor on the front axle, though all-wheel-drive propulsion with synchronous AC induction motors will be doable. High-performance electric vehicles on the MEB platform will reportedly use altered gear ratios in their single-speed transmissions and adjusted software that will allow more juice to flow through these AC motors—no special power units will be developed for VW's quick EVs.

Volkswagen has reportedly prepared the MEB platform to accept technologies not yet developed or in use by Volkswagen Auto Group. These include architecture for inductive charging, augmented reality head-up driver displays, and autonomous driving technology when it becomes available (no vehicles today are autonomous).

CNET reports that MEB vehicles will use at least two tiers of battery packs, identifying a range of 48 kilowatt-hours to 64 kWh on the low end, and 80 to 82 kWh on the upper end, though they neglect to mention the 111 kWh option found in both I.D. Buzz concept vehicles so far. The 111 kWh battery is good for up to 340 miles of range according to modern World Harmonized Light Vehicle Test Procedure standard, which is more conservative than Europe's old NEDC procedure, but still more liberal than the United States' EPA standards. CNET reports that most of the MEB platform battery lineup will offer a range between 175 and 300 miles and that they will be supplied by LG and Samsung to avoid supply chain hiccups.

Fast-charging options will reportedly be 100-kilowatt units at launch (Tesla Superchargers are 90 kW), and there are plans for 125 kW compatibility down the line, good enough for 6.2 miles of range regeneration per minute of charge. Every one of VW's 4,000 European dealers will have at least three charge stations by 2020, and charging infrastructure will be expanded elsewhere by companies like Ionity, which plans to construct 400 fast-charging stations throughout Europe on its major highways.

Production of the first I.D. vehicle, a Golf-sized hatchback, will reportedly kick off in 2019 for sale in Europe in 2020 and will be followed by the Crozz crossover, Buzz bus, and Vizzion sedan. They will reportedly comprise but a handful of 27 I.D. products available worldwide by 2022.

The VW I.D. R Went From Daydream to Pikes Peak Record Holder in 249 Days
The Drive
MORE TO READ