Marilyn Monroe Gets Around 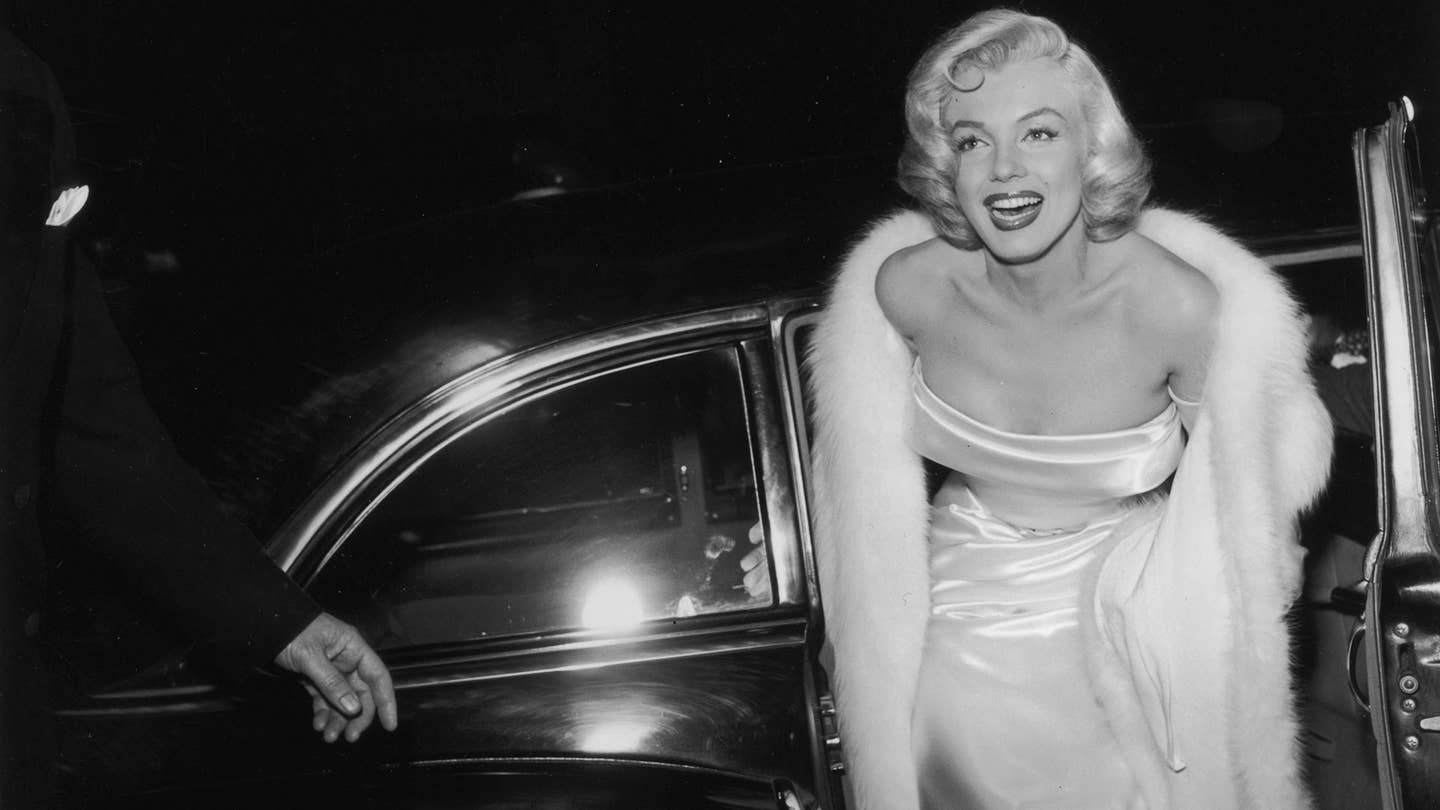 More than any woman before or since, Marilyn Monroe defined the perks and problems of being a movie star. Her zaftig figure, sultry voice and acting prowess brought her fame and fortune, transforming the woman who’d been born Norma Jeane Mortensen into the female face of postwar American culture. Yet her struggles with anxiety and depression led her into a dark pit of addiction that ultimately killed her.

She only lived for 36 years. But in that time, her was image captured on film—both still and moving—on thousands of occasions. She grappled with her dress atop a subway grate, flirted with John F. Kennedy, posed for Playboy, and flashed that million-dollar smile over and over and over again. And along the way, the camera caught her in, on, and around just about every form of transportation. She was seen riding bicycles with husband Arthur Miller, waiting for the train at Grand Central Terminal, and posing on the back of a circus elephant. To put it simply, she traveled well.

So we present, without further ado, a gallery of Marilyn Monroe using transportation. Witness our all-time favorite lady, in motion.