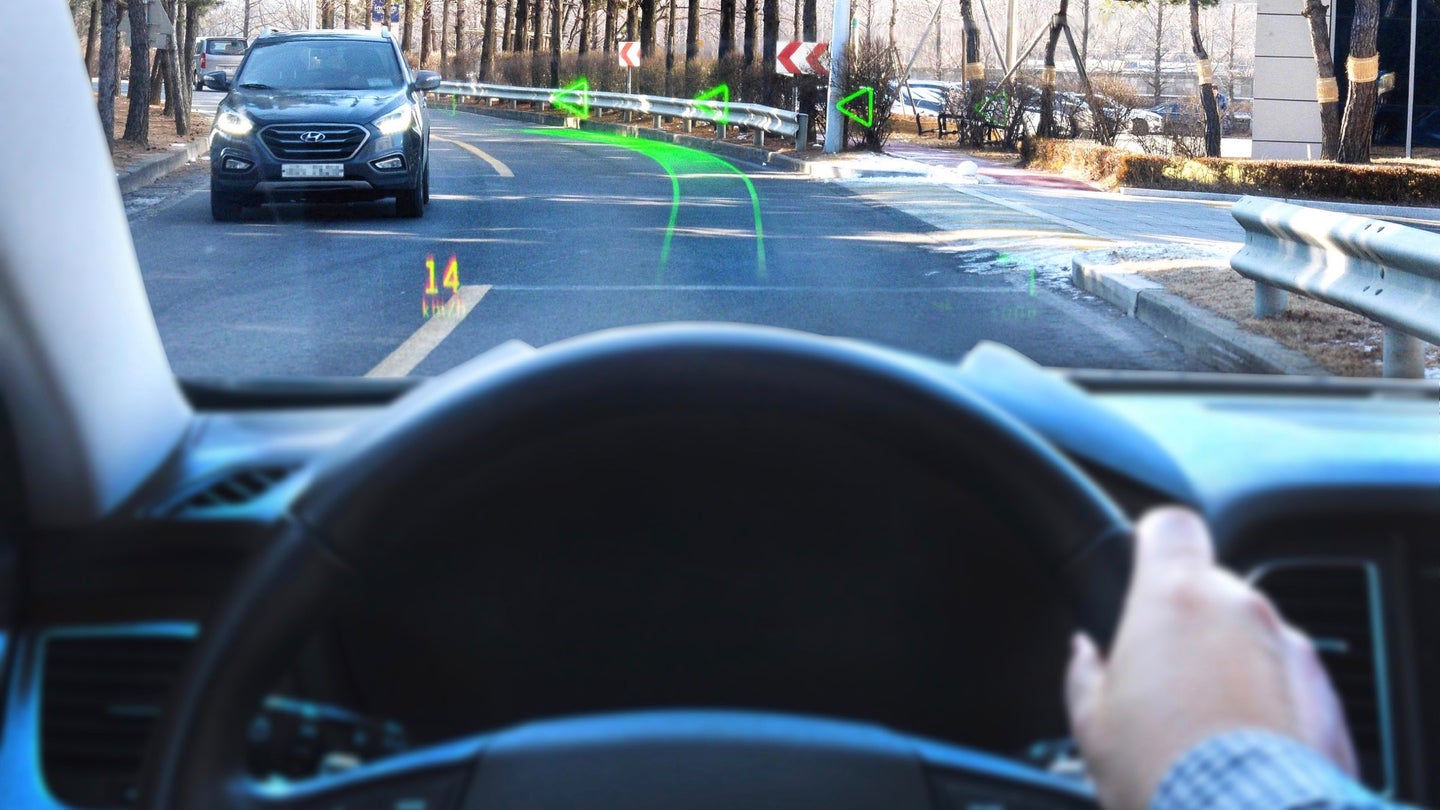 Hyundai and Porsche are investing in Swiss augmented-reality (AR) startup WayRay. At CES 2019, Hyundai demonstrated how it might use WayRay's tech in future vehicles. Installed in a Genesis G80 sedan from Hyundai's luxury brand, the prototype system uses holographic images to show drivers the way.

"The demo car is the first step of the proof of concept, but is an important towards technology-driven innovation," Yunseong Hwang, director of Hyundai Motor Group's Open Innovation Business Group, said in a statement. He added that future windshields "will be more than just a piece of glass," claiming AR will create the potential for new in-car services and features.

Unlike conventional head-up displays, which usually show images in a small projected box roughly at the base of the windshield, the AR system projects images all across the windshield, according to Hyundai. So images can be synchronized with the real-world objects they're meant to point out. A prompt to turn left could appear, to the driver as a giant arrow on the road, for example.

WayRay's system can do much of the same work as current head-up displays, including showing navigation guidance and speed, Hyundai said. But the automaker also claims the system could work with driver aids like lane departure warnings or forward collision warning, or connected infrastructure. Using V2X (vehicle-to-everything) communications, the system could show a driver when a traffic light is about to change, according to Hyundai. Audi already has a traffic-light information system in production, but it uses a more conventional dashboard display.

Hyundai would not say if the AR system will ever go into production, only that it will continue working with WayRay to refine the tech. While drivers will likely appreciate clearer directions from their navigation systems, distraction could be an issue.