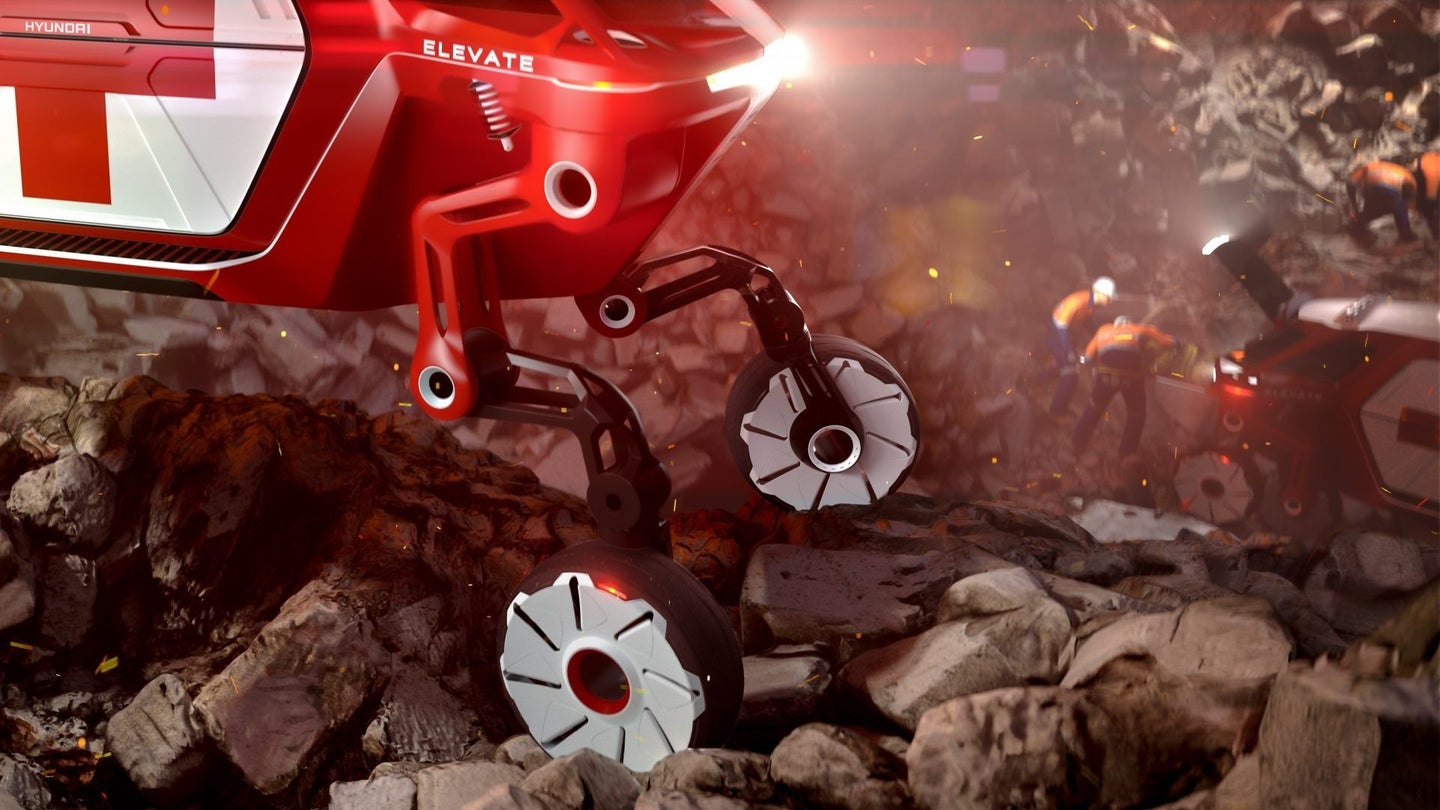 Hyundai announced Wednesday that it will reveal a new class of land vehicle at the 2019 Consumer Electronics Show (CES) which it calls the "ultimate mobility vehicle," or UMV.

The Korean automaker proposes that such a type of vehicle could combine electric propulsion with robotics to make for a land vehicle capable of traveling where traditional, wheeled land vehicles could never go. Hyundai's example is one it calls "Elevate," which it will reveal as part of its press conference at CES 2019. Said conference will be held at 3 p.m. PST on Monday, Jan. 7.

Based on what little can be seen of the Elevate, it will be a pod-like vehicle with legs that end in wheels, for a middle ground between wheeled off-road vehicles and the walking machines of science fiction. Vehicles that rely entirely on legs could have great potential on terrain too rough for wheeled vehicles, but may otherwise struggle for efficiency and range over smooth ground, while wheeled vehicles often have the opposite strengths and weaknesses.

The Hyundai Elevate may thus negate the weaknesses of both types of transport, the former's being limited capabilities over extremely rough ground, and the latter's being simplicity, balance, and efficiency. Substitute of wheels in place of many legged robots' ankles is a clever simplification and one that could allow travel over terrain that would unbalance many of the most advanced walking robots of today—both bipedal and quadrupedal.

Hyundai's depiction of its Elevate concept as an ambulance-like vehicle and its proposition that its role could be one of operation on challenging terrain immediately opens the possibility that the vehicle could serve in a mountain rescue role. The automaker isn't alone in believing that electric propulsion is the answer to the high-altitude power losses suffered by internal combustion power; Volkswagen went electric when designing its I.D. R race car, which rewrote the course record at the Pikes Peak International Hill Climb in June.