Augmented reality interfaces are the future of how drivers see the world—but AR is already showing up in some surprising places.

One day, augmented reality—the precise projection of digital information over real-world views—will likely become such a natural way of telegraphing information to drivers and passengers, looking at physical screens will feel like a quaint, distant memory. Navigation-system directions will float on the road ahead of you. Restaurants you’re looking for will glow brighter than the buildings around them, pulsating to capture your attention. Off-roaders will be able to look through their vehicles’ floors and doors as they sidestep boulders and crawl over logs. While these visuals will appear through lightweight glasses or the vehicles’ own windows, though the graphics won’t appear to reside on the glass itself. They’ll instead be…out there.

That’s the future, though, and getting there will predictably require many baby steps—as much to help the driving public get used to the technology as to develop it. At the moment, augmented reality systems currently available for the drivers themselves are limited to small, relatively crude head-up-displays—though the Lexus LS flagship sedan has a notably robust 24-inch HUD display with dynamic graphics—and more-dazzling-but-not-truly-integrated screen-based systems like the new Mercedes MBUX infotainment system, which projects directional arrows, street names, and house numbers onto the real-time forward view in the car’s infotainment display. Future systems from BMW, Jaguar, Toyota, Ford, and many other carmakers are in the pipeline—often in collaboration with industry suppliers such as Continental—and tech giants Apple and Google are developing such products, as well. In fact, Apple filed a patent in August for a windshield-based system that would not only integrate digital information in the environment, but also enable FaceTime conversations between vehicles, according to Patently Apple.

Much of this development is linked to the steady advance of semi-autonomous and autonomous vehicles, which will make considerable use of augmented reality to keep passengers occupied and entertained on their drives. But the systems are also dancing around the periphery of current drivers' seats in order to advance the technology, get it out into the real world, or have it help with specific duties within the automotive industry. On the production side, Porsche has integrated tablet-based AR technology to gauge the precision of its factory tooling, while Microsoft’s Hololens mixed-reality goggles have been deployed by Ford to assist with vehicle design. Just this week, at Microsoft’s technology summit in Japan, Toyota and Microsoft unveiled a partnership that uses Hololens to inspect the thickness of certain vehicle coatings—a process that ordinarily takes several days and involves layering physical sheeting on the car surfaces. Toyota has also begun using AR to gauge the placement and integration of new equipment on factory floors.

Outside the factories, companies are exploring more creative uses of the tech for consumers, hoping to educate the media and buyers about new technologies—though occasionally with dubious real-world benefits. Genesis, for instance, was the first to offer a digital owner’s manuals with augmented reality functionality built-in. With the Genesis Virtual Guide, you can hold your smartphone up to the engine bay and be directed to the oil dipstick or washer fluid receptacle, or find your way to certain controls in the cabin, among other functions. These, of course, can also readily be conveyed with simple photos, but there’s no doubt the novelty of the tool is engaging and forward-thinking.

The same is true of Audi’s recent use of augmented reality as part of the media briefings many automotive journalists receive during vehicle launches. The company used the technology at both the flagship A8's launch event last month and the Audi E-Tron electric SUV launch. In these cases, engineers walked journalists through new systems to explain how they work, highlighting their placement in the vehicles at the same time as showing their functionality. Both could be also conveyed just as well with photos or simple videos, but there was an element of context and three-dimensionality that exists with AR that 2-D content simply can’t equal. When you’re walking around a virtual car, or getting up close and inspecting elements on your own, it speeds the comprehension process significantly. Some may snicker at the gimmicky nature of the demonstrations—and they’re not wrong to be a bit skeptical—but there is a place for it, and its value will likely grow as AR's capabilities improve. Soon enough, we’ll be virtually inside the engines and motors and watching how the hardware and software interact in different driving challenges.

Eventually, such demonstrations will surely be integrated into showroom displays, and even available as downloadable or streamable demos for people who own the proper hardware. In that case, you’ll be able to look at a virtual car as it would sit in your driveway or garage—and hell, maybe even stick a lawn chair down, play with said car’s controls, and go for a virtual ride in the new machines. All, of course, while sitting in the middle of your garage floor with a headset on. It may not look all that cool from the outside...but it’s the future. 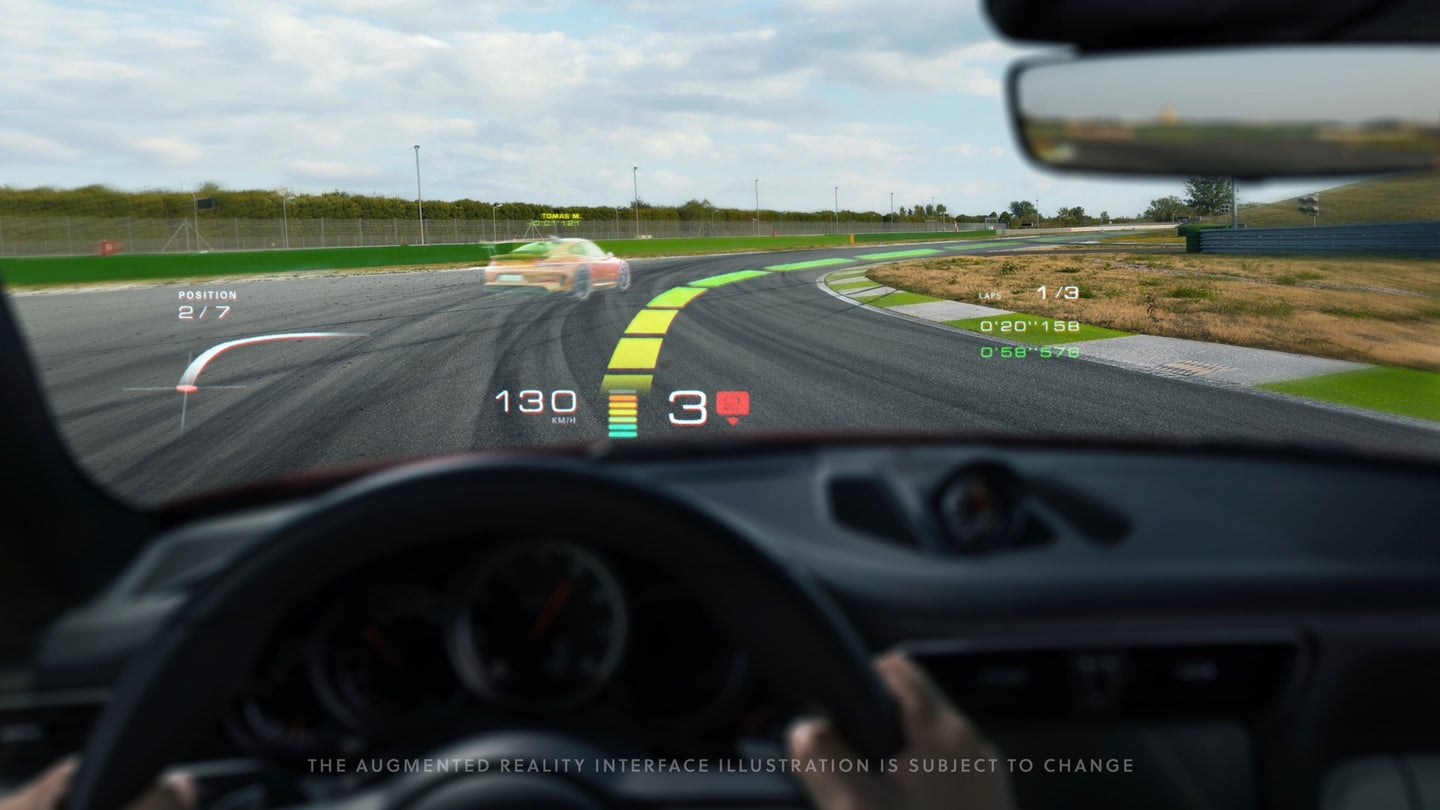 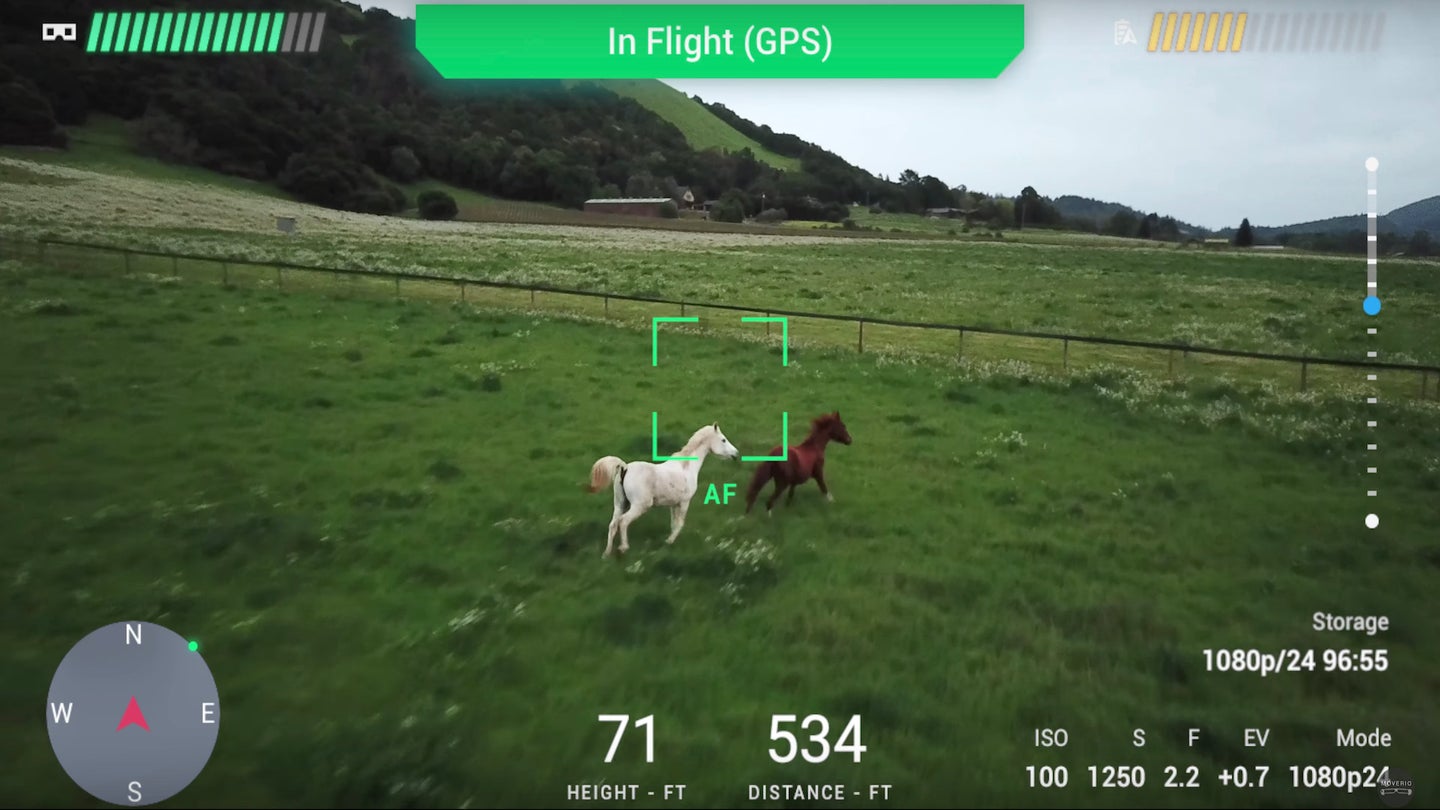 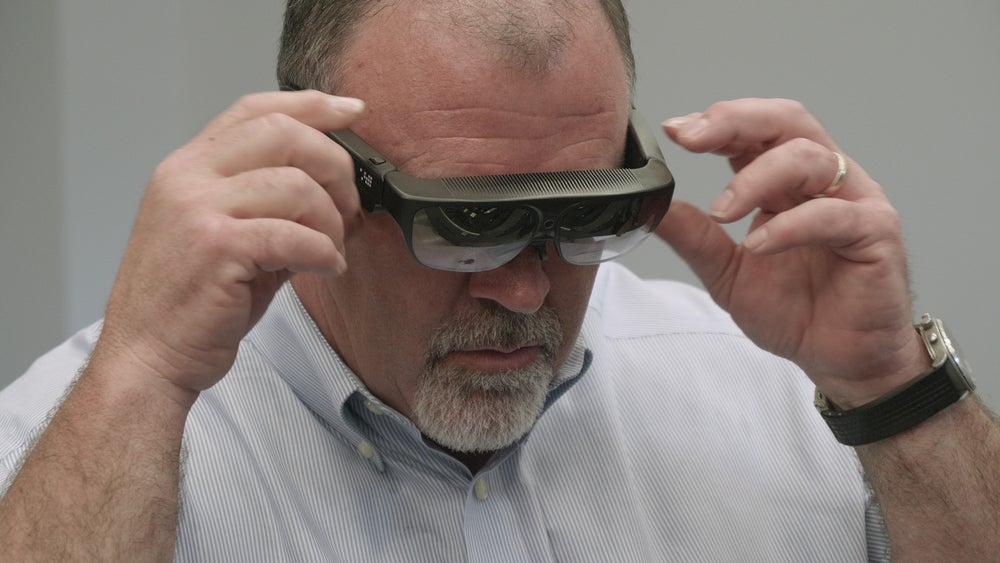 Porsche Dealers Can Now Use Augmented Reality for Diagnostics and Repairs

Integrating this technology with dealers could reduce service times by 40 percent, Porsche says. 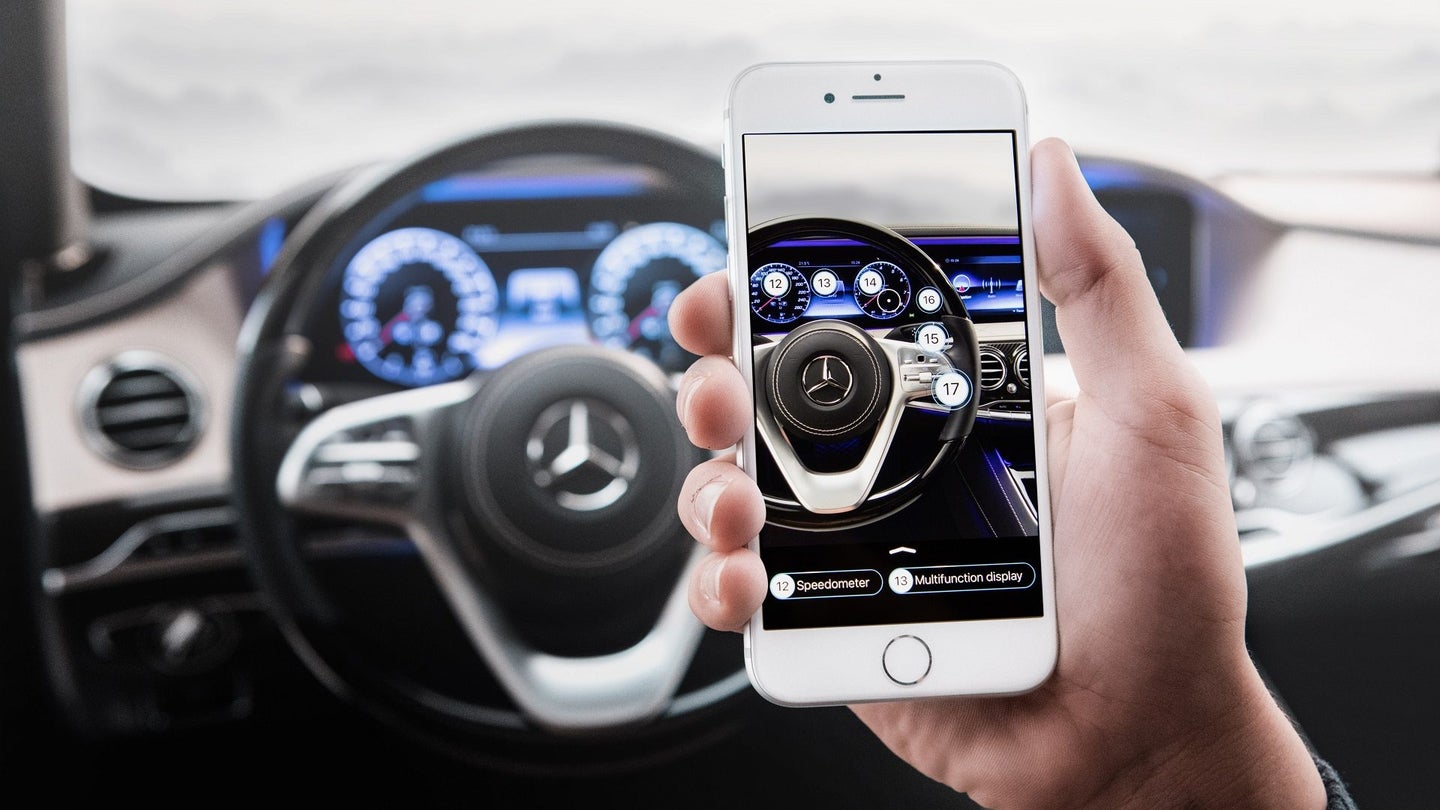