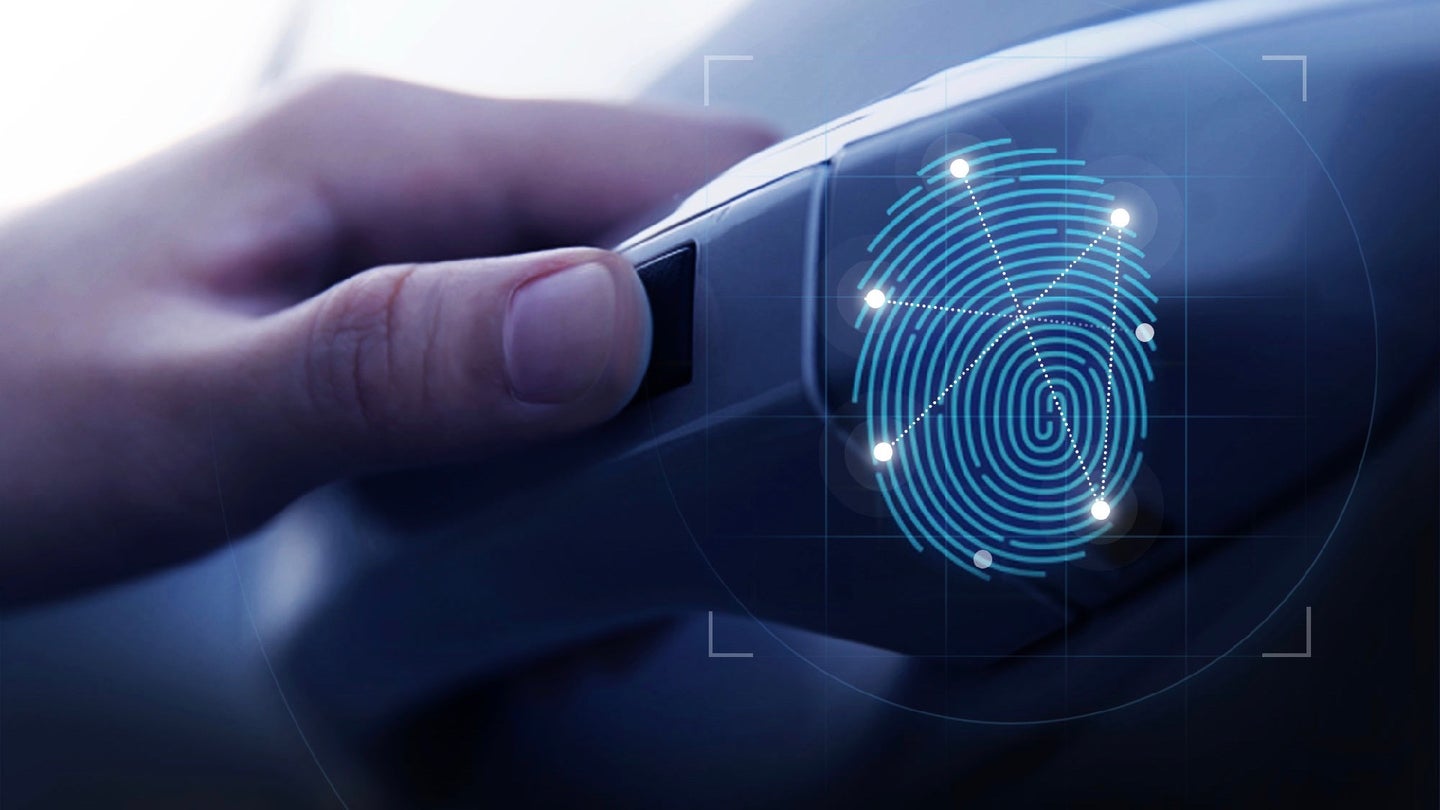 Fingerprint recognition sounds like something out of a spy movie, but it's now available on an everyday family crossover. Hyundai claims to be the first automaker to integrate the tech into production cars, adding the security feature to the 2019 Santa Fe.

Hyundai drivers will be able to unlock their doors and start their engine with a fingerprint scan thanks to sensors that are located on the exterior driver's door handle and on the dashboard-mounted engine start button. Fingerprint scans are read by an onboard controller that keeps track of who is authorized to access the vehicle.

Hyundai claims the system has fairly robust security measures, ensuring that not just anyone will be able to control your vehicle with their prints. It uses capacitance recognition, which detects differentials in the electricity levels of various parts of the fingertip, according to Hyundai. The system's chance of misrecognizing a fingerprint is one in 50,000, the automaker claims. Once drivers begin using it, the system can also become more familiar with their individual fingerprints, improving accuracy. Hyundai claims fingerprint recognition is significantly more secure than conventional key fobs.

The technology is beneficial not only for security but also personalization. By matching information on driver preferences to fingerprints, the car could automatically adjust things like the driver's seat, mirrors, and connectivity features for individual drivers.

Fingerprint recognition will launch in "select markets," with availability gradually expanding to other markets, Hyundai said. It will be interesting to see how customers react to the feature, which is already available in electronics like laptops.

Just as they have largely abandoned physical keys, automakers are making an effort to move away from separate key fobs. Tesla Model 3 owners can start their cars using their smartphones, and Volvo and Mercedes-Benz have discussed adding this tech as well. It's easy to see the rationale: eliminating the key fob means one less thing people have to carry around. However, automakers will have to address issues related to cybersecurity, data collection, and what happens when these electronic systems fail.