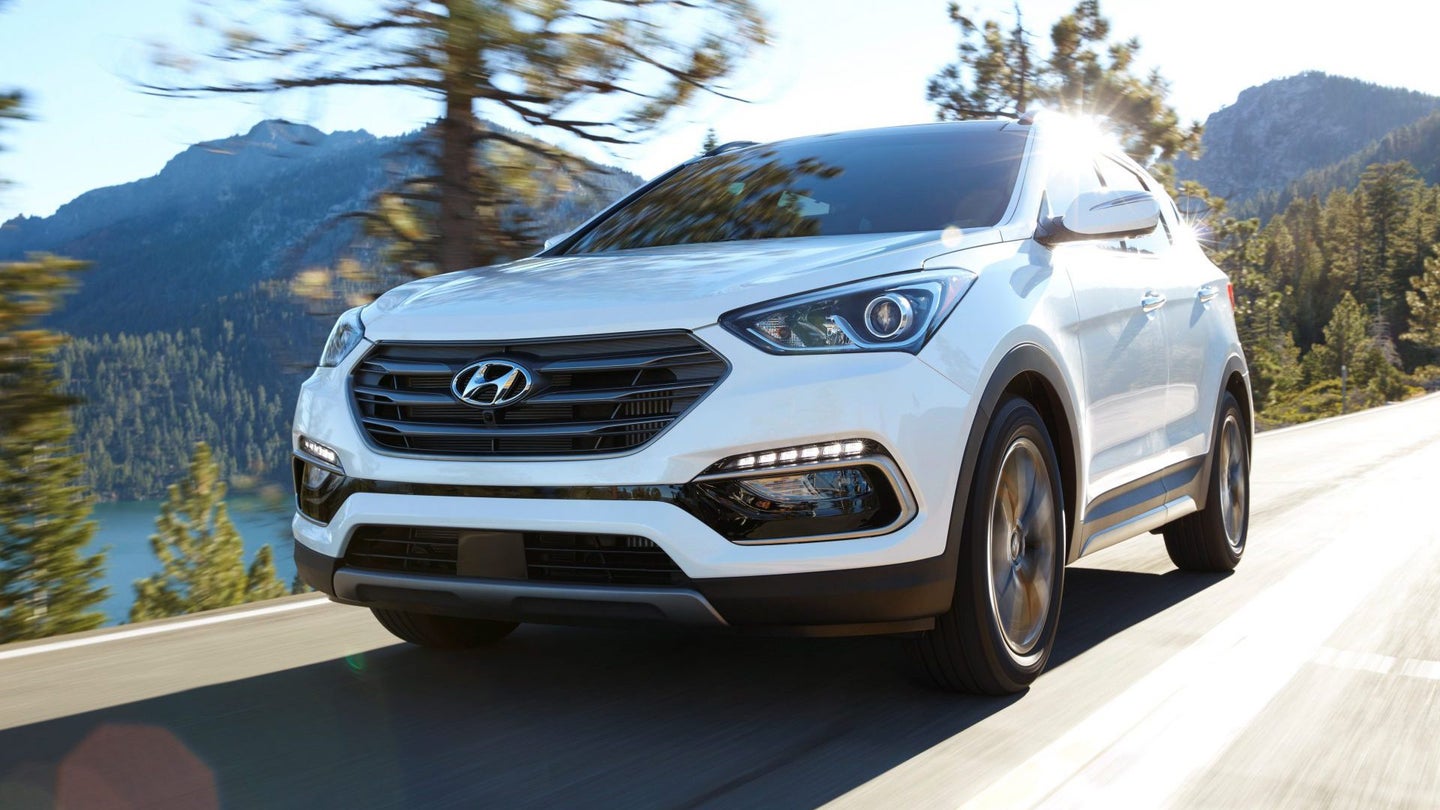 The first one concerns a secondary hood latch cable found in certain 2013-2017 model year Santa Fe and Santa Fe Sport crossovers that are at risk of corroding prematurely. Affecting 437,400 cars, this defect could prevent hoods from latching properly, posing a safety risk if the hood is not properly closed.

According to Hyundai spokesman Michael Stewart, "There have been three reports where the hoods actually came open, but the majority of the complaints had to do with the hood being stuck closed." Apparently, the issue is more prevalent among Hyundais residing in the "Salt Belt" states, for fairly self-explanatory reasons.

The second, smaller corrosion-related recall addresses a parking brake warning light that can fail to illuminate as a result of a corroded switch. (In other words, this thing.) This affects 150,000 Sonatas and 10,800 Genesises (Genesi? Geneses?) made in 2015 and 2016.

Specifically, fuel pump and front suspension components will have to be replaced.

It’s a regular car with a new but familiar slightly angry face.