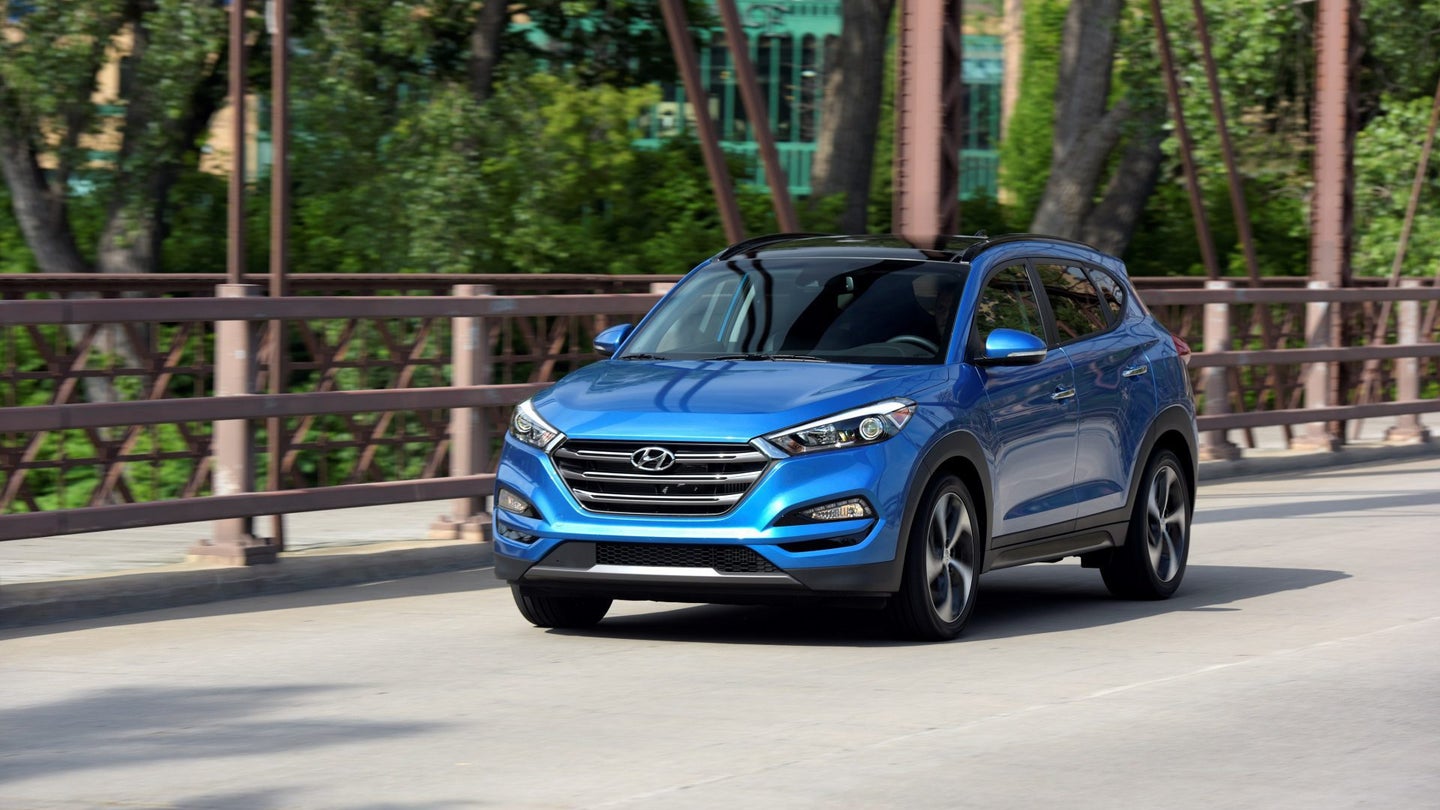 We've already seen Hyundai's upcoming i30 (aka Elantra GT) N hot hatch spiritedly driven across the UK countryside. While that car is set to be unveiled later this year, a recent report tells us that many more Hyundais will be getting the N treatment—including the Korean automaker's crossovers such as the Tucson and Santa Fe.

Talking to Australia's Drive (no relation), Hyundai N boss Albert Biermann says the i30 N will only be the first in a slew of N-ified Hyundais; specifically, hot versions of the upcoming i30 Coupe and second-generation Veloster, among others.

Right now there is no limitations. We started with the [i30] C segment and the Fastback [coupe] will follow and we are already working on some other concepts for the B segment [Accent] and SUV also. Right now we are open. The fun-to-drive element is not limited to the size and segment of the car; you can create fun cars in every segment.

Considering Biermann's previous job heading up BMW's M division, a firm that brought us the X5 and X6 M, the above sentiment doesn't come as all that out of the ordinary.

Speaking specifically on the Tucson, Biermann calls it "very relaxed, very comfortable to drive, but to have an N version requires a lot of power, nice transmission, nice handling, sportier tyres and lowered body." Biermann adds, "We can have a very good business with SUVs. We have a good platform with the Tucson to make a high-performance SUV."

Despite Hyundai's "N all of the cars" approach to sport-ification, Biermann ruled out plans of making N versions of the Genesis luxury range to take on his old German colleagues at BMW M, Mercedes-AMG, et al.

Right now there is no plans to make a really high-performance [Genesis] car. We will have the G70 with the 3.3-litre twin turbo engine and we are not planning to put the high performance treatment to it. It will be nicely balanced, but not as wild as the N car.

Interesting. That space was getting a little crowded anyways, I guess.