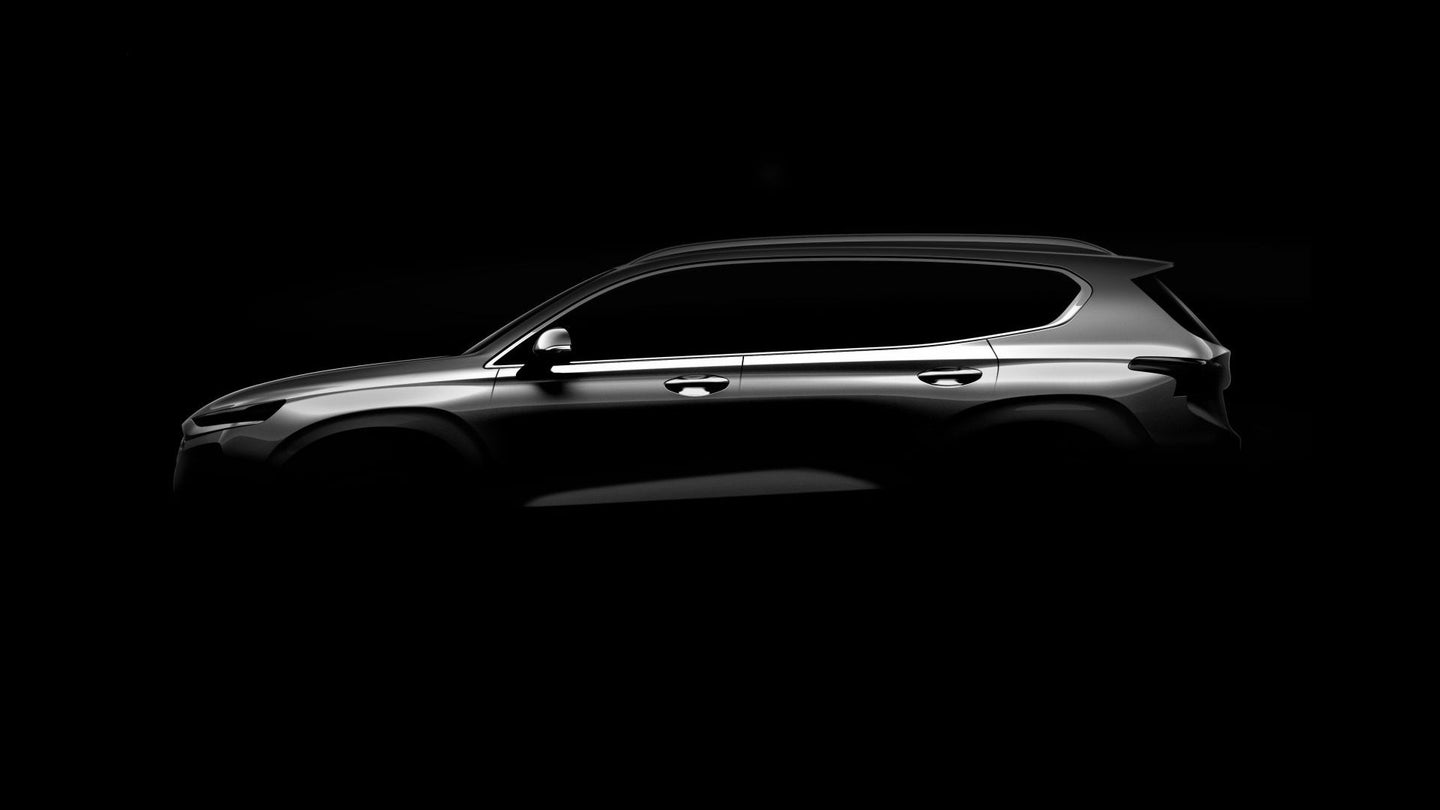 Ahead of a February reveal, Hyundai has released a teaser image of its fourth-generation Santa Fe.

Undoubtedly part of the company's master plan to release 8 crossovers by the end of the decade, the new midsize SUV looks to be slightly boxier than the outgoing model. From what we can judge around the front, Hyundai has fitted some squintier headlights connected by a Honda-style chrome mustache. Other than that, it's got some door handles, a couple slightly squared-off fenders above where the wheels should go ... and, er, yeah.

Okay, so it's not the most exciting thing we've seen this week (or in fact, today) but it's a crossover made by Hyundai and will probably sell like umbrellas in a thunderstorm, so we might as well get familiar.

Under the skin, the company is promising "industry-first active safety features" with the redesigned Santa Fe. Features that include the firm's latest iteration of forward-collision warning, lane adherence tech, and auto emergency brakes. More notably, however, is something Hyundai calls Rear Occupant Alert, a system that keeps an eye (or a sensor, more likely) on whether or not there are still people sitting in the back of the Santa Fe when a driver leaves the car. It's a little sad that a system like this has to exist but with the alarming number of deaths that happen to children left in hot cars every summer, it's not exactly unwelcome.

While Hyundai touts the Rear Occupant Alert as "industry-first," we couldn't help but notice a resemblance between this and Nissan's Rear Door Alert, a similar system that's standard on all 2018 Pathfinders. We've contacted Hyundai for an explanation and will update this story if we get a response.

The 2019 Hyundai Santa Fe will debut sometime in February before its in-the-metal introduction at the Geneva International Motor Show this March.

A new in-car network built by Cisco and Hyundai will enable a fast and scalable infrastructure for cars.