Apple CarKeys can also be shared via iMessage. Welcome to the future. 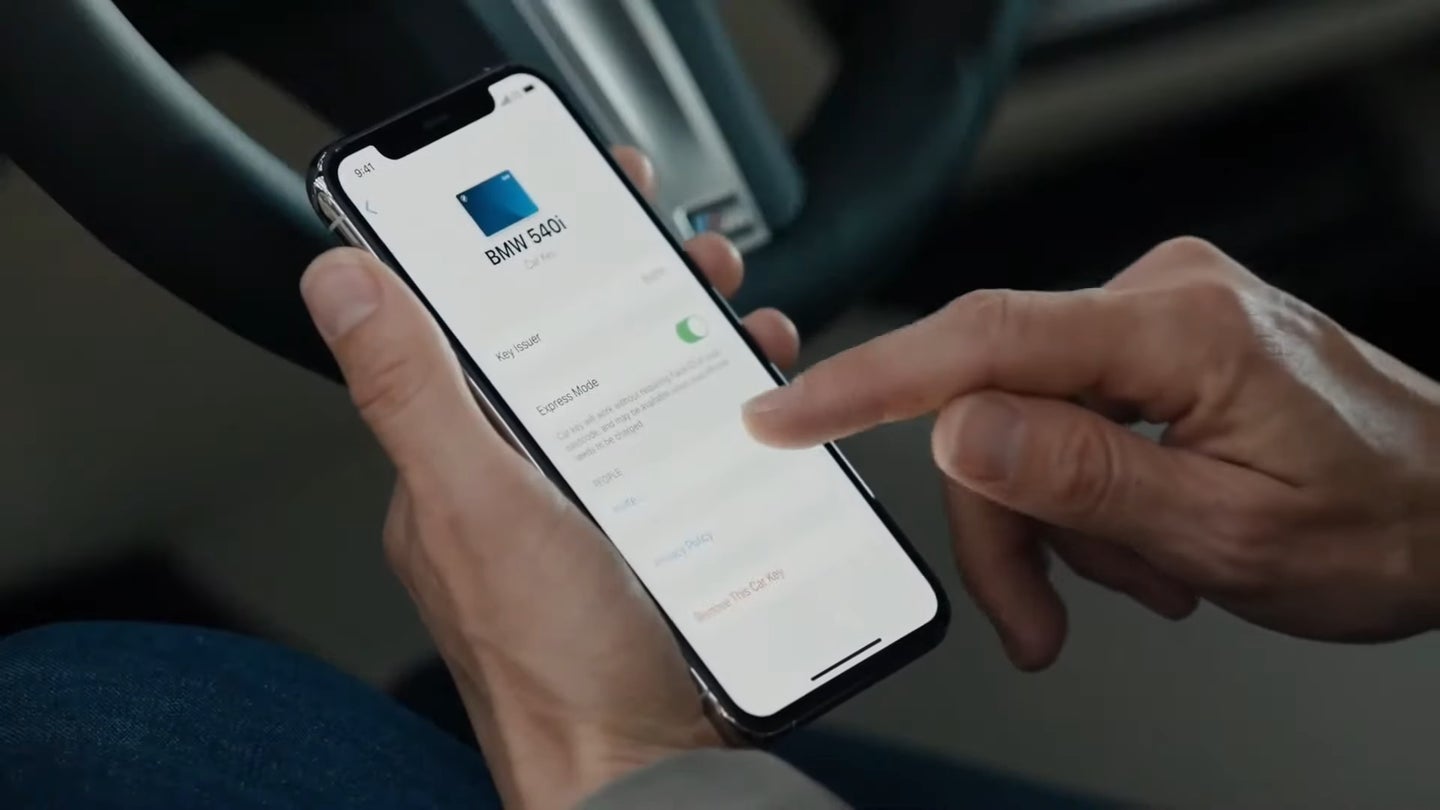 As part of its unrelenting mission to free our pockets of everything that isn't an iPhone, Apple has announced Apple CarKey, a feature that uses NFC to let users unlock and start their cars with just an iPhone, no bulky manufacturer key fobs required. Revealed as part of iOS 14 during Monday's Worldwide Developers Conference, Apple says CarKey will be enabled on iOS 13 devices as well.

With compatible devices, and a compatible car, this will enable drivers to do what Tesla owners have done for some years now: effectively use their phones as a key. Granted, that technology hasn't always been perfect, but it does make a humble key or a fob feel decidedly 20th century.

To unlock car doors, users must hold their CarKey-enabled iPhone or Apple Watch near an NFC reader typically located in the door handle. By default, the system requires a subsequent unlock with Face or Touch ID, but according to The Verge, users who like to live on the edge in exchange for convenience can opt to skip this step by turning on Express Mode. Once behind the wheel, the iPhone is placed on a wireless charging pad which lets the driver start the engine.

Obviously, not all new cars have NFC readers in the door handles or wireless charging. But Apple says it is working on industry-wide standards and leveraging its ultra-wideband U1 chip that'll apparently allow CarKey to work with more cars and work with the phone stowed in a pocket, like a traditional key fob.

In any case, the first car to support this will be the newly-facelifted 2021 BMW 5 Series.

Apple's digital car keys can also be shared with other iPhone users via iMessage with the option of "restricted" driving profiles—a welcome feature when handing off a car to potentially reckless teen drivers or potentially reckless valets. The key-sharing feature could also prove to be a mild gamechanger for short-term car rental hosts on Turo. No more awkward and time-consuming handover meetups or leaving the keys in the car.

In the unfortunate event that your Apple device gets lost or stolen, CarKey functionality can be disabled through iCloud. We'll admit that the idea of handing off car access to the same device we use to mindlessly scroll through Instagram has triggered some security red flags with some in The Drive's newsroom but, to be fair, the key fobs CarKey sets out to replace haven't historically been foolproof either.

In the same presentation, Apple also showed off a light update to CarPlay which includes custom wallpapers and new app categories for parking, EV charging, and food delivery.