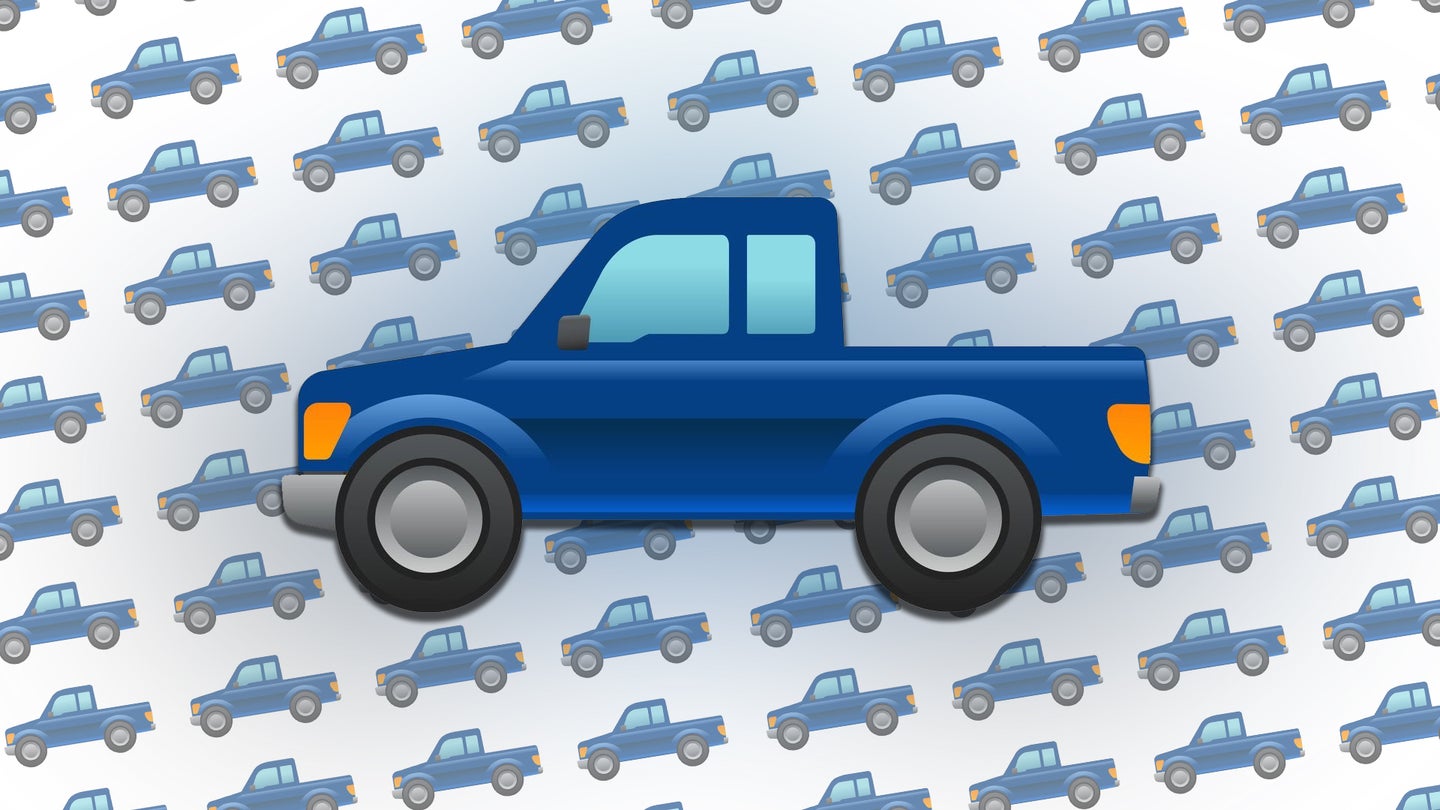 Ladies and gentlemen, charge up your iPhones because iOS14 is rolling out this afternoon you'll have access to the newest and perhaps coolest emoji of them all: the new pickup truck emoji. Of course, there are other features that'll benefit drivers, such as EV charging stations, EV-friendly driving routes, and the ability to further customize Apple CarpPlay.

While the upcoming iOS 14 has many exciting features like CarKey—which is essentially a keyfob's digital copy that can be used to lock, unlock, and start some cars—the most entertaining one is a tiny blue truck hidden inside your keyboard. If you're anything like me, you're are significantly disappointed that it's taken this long to roll out an emoji of what's hands-down America's best selling vehicle. But hey, better late than never.

It goes without saying that we have Ford to thank for the new, and wildly accurate, emoji. You might notice that the pickup emoji looks a wee bit like a Ford F-150. The sloping of the headlights, taillights, and front window all resemble Ford's real-life creation. Heck, it even has arches around wheel wells and that strategically-placed center crease body line.

After all, the F-150 is America's best-selling truck, so it only makes sense for a bit of brand recognition to hit your phone, right?

As it turns out, getting a manufacturer-like vehicle onto the keyboard of nearly 100 million iPhones isn't exactly easy. Ford had previously tried to pitch the pickup truck emoji to the Unicode Consortium (the California-based non-profit responsible for maintaining the Unicode Character Database standards) and failed.

It wasn't until the firm hired a marketing agency to make the clandestine pitch—reportedly without Ford's blue oval anywhere on its presentation, according to The Atlantic—that it was accepted.

Apple CarPlay will feature customization options that will allow users to change their backgrounds to different colors and patterns. iOS14 will also allow the Do Not Disturb feature to be enabled or disabled directly from the car's infotainment screen, making it easier to be safer and more responsible while behind the wheel.

The new system also includes new icons for Apple CarPlay's light-adjusting feature which works as a sort of Dark Mode for your car's screen. Furthermore, parking, food, EV charging with charging route options, and enhanced maps will also be included in the CarPlay interface.