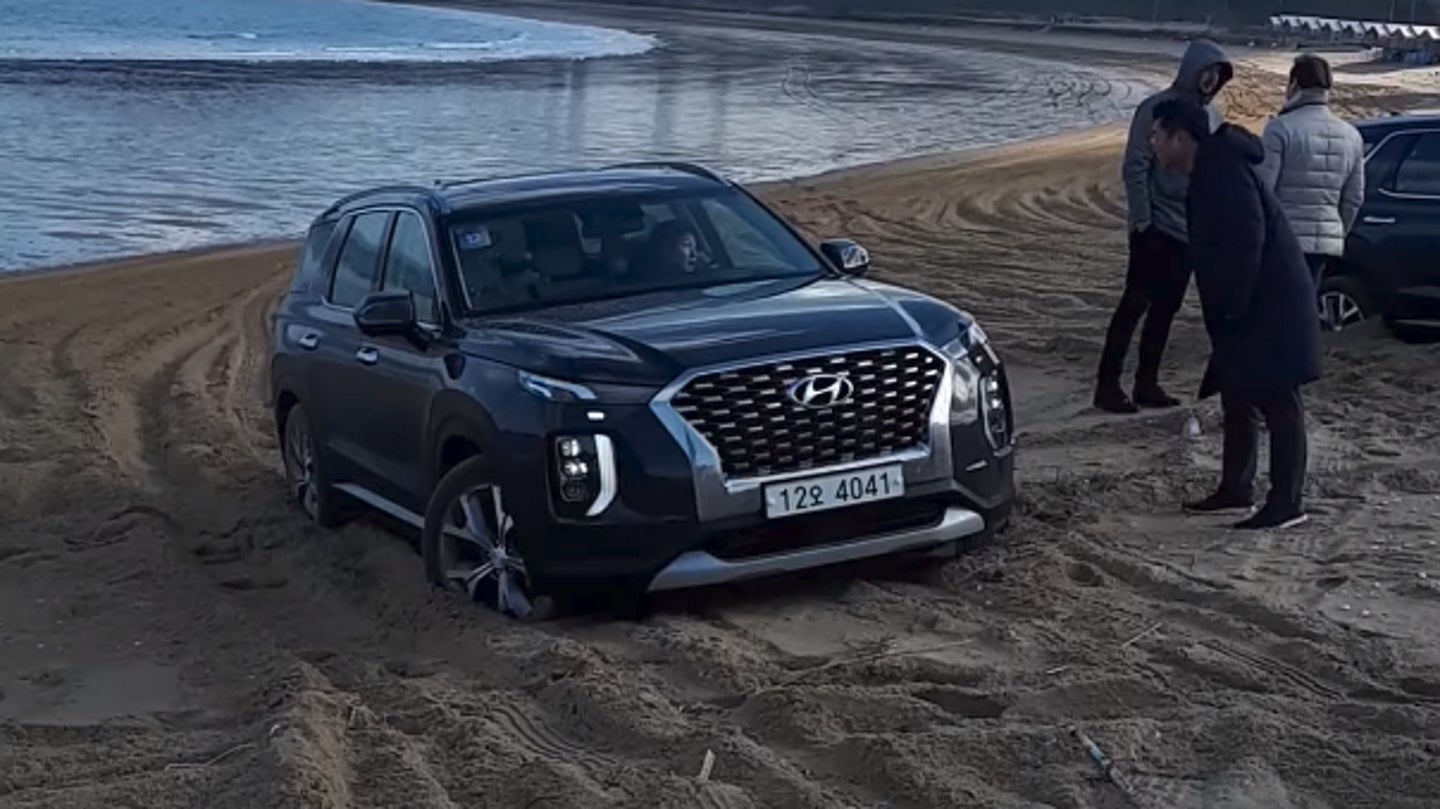 French automotive outlet Le Guide de l’auto received an off-road performance demonstration of the all-new Hyundai Palisade and, as you'll soon see, it didn't go as planned. In the Facebook video below, two Palisades do their best beached whale impression as they are seemingly unable to traverse a beach.

It’s a little hard to tell how tough this would be for the average SUV to get out of. The sand looks to be farily deep and seems like it could be wet and mushy, but it doesn’t look like it would be unsurpassable by a four-wheel-drive or all-wheel-drive SUV of this class. We don’t see these Hyundais trying very hard to get out of the sand, but according to the caption (translated to English), “Hyundai wanted to show us the off-road prowess of the Palisade, but it did not go as planned.”

To recap, the Palisade is Hyundai’s newest shot at a big three-row crossover set to launch in summer of 2019 as a 2020 model. It has a new frame that it will share with the Kia Telluride aiming to compete with the likes of the Chevy Traverse, Honda Pilot, and Toyota Highlander. Under the hood lies a 3.8-liter V6 making 291 horsepower and 262 pound-feet of torque. As you probably guessed, front-wheel drive is standard and all-wheel drive is optional.

But it looks like we shouldn’t be expecting much in terms of off-road performance from the AWD-equipped Palisade. It has three modes: normal, sport, and “smart,” whatever that means. Apparently, it’s not smart enough to drive off of a beach.

We can make fun of this off-roading fail, but really, how many Hyundai Palisades will ever leave the pavement? These three-row mid-size crossovers are first and foremost family cars. People buy them as minivan alternatives, not as off-road adventurers. So if you want a nice, comfortable, roomy SUV for the family, the Palisade looks promising. If you want a rugged off-roader in this class, maybe hold out for the three-row Jeep Grand Cherokee.