For when you get bored with your Aston Martin speedboat. 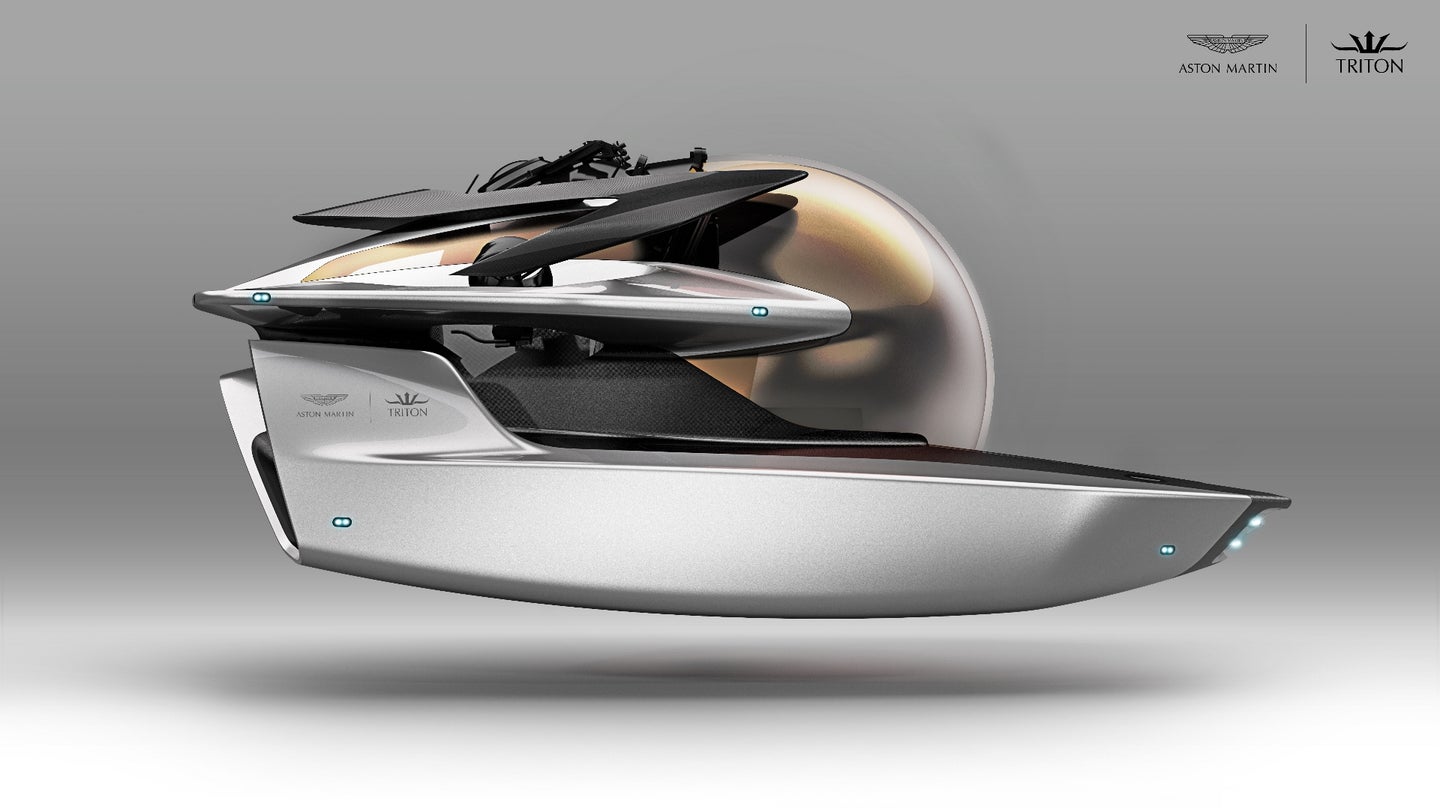 So you ordered yourself a brand new $1.6 million Aston Martin AM37 six-passenger speedboat with natural teak sliding decks, but you’re not sure if that will be enough to impress your friends at the yacht club. Luckily, Aston Martin has you covered again with a small luxury submarine the British brand has in the works.

Codenamed Project Neptune, this deep-diving, three-seat watercraft is being developed in collaboration with Triton Submarines. Personal luxury submarines are actually already a thing with Triton’s most popular model, the 3300/3, starting at around $3 million. We have no idea what pricing will be for the Aston Martin sub, but we would be surprised if it was under the $4 million mark.

The submarine will blend Triton’s sub expertise with Aston Martin’s signature design and engineering prowess. The concept images we’ve seen look like something out of Star Trek with a bubble-shaped cockpit and a twin-hull design.

“Project Neptune is defined by its sleek, elegant exterior,” said Aston Martin executive vice president Marek Reichman in a press release. “We have used forms and proportions that express the same devotion to design, engineering and beauty that shape our cars, such as the Aston Martin Valkyrie hypercar project.”

Details are light on price and availability, but we know it will be an very exclusive product. Without specifying how many models will be built, Aston Martin says it will be a “strictly-limited edition vehicle.” Until it does come out, you’ll have to try to be content with your AM37 speedboat.