The Brits will take your money—just don’t call Tesla a competitor. 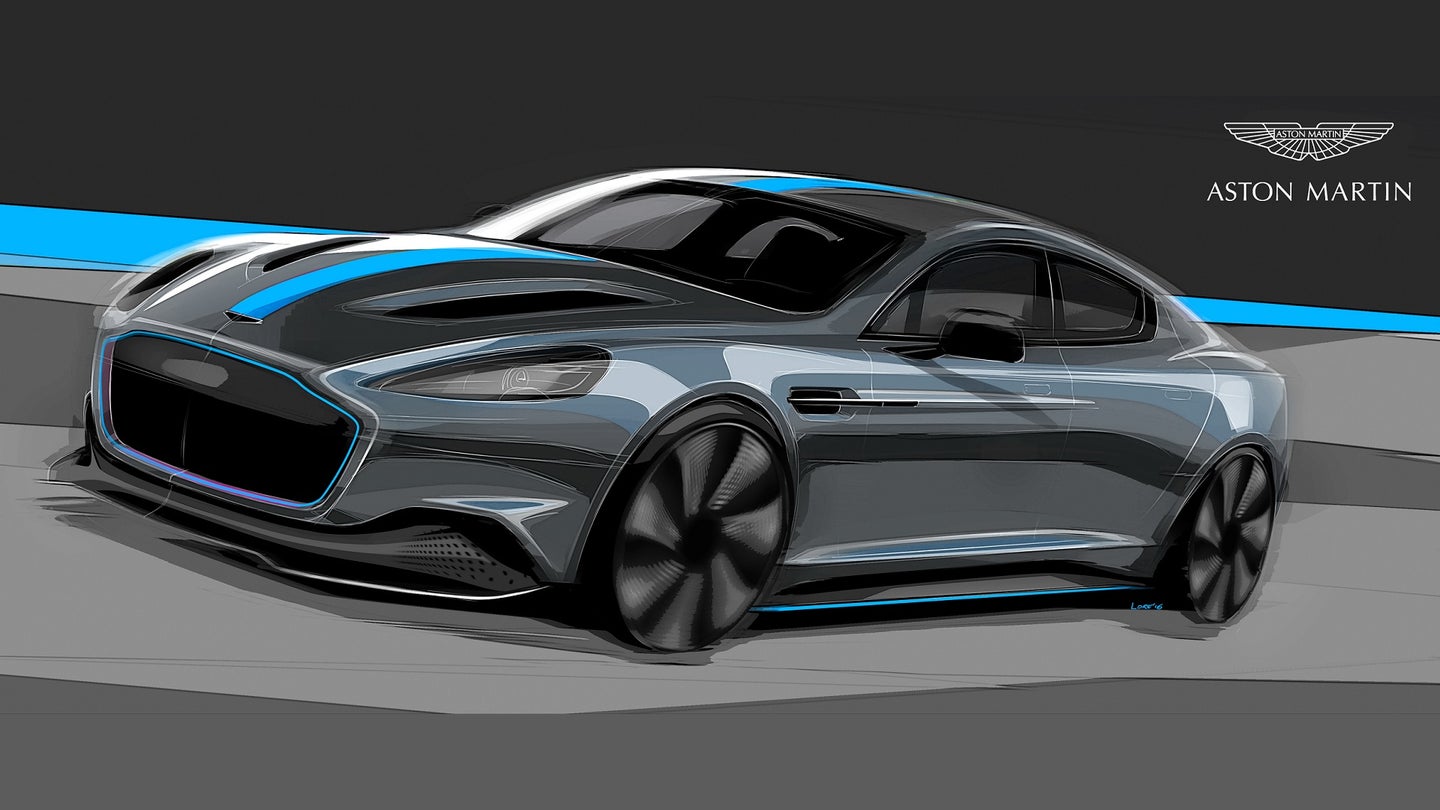 Like it or not, electric cars are becoming a big thing in the automotive world. One specific sub-focus of the industry is that of luxury and performance - we're talking about cars which want to take on the leading king, Tesla. Not only did the Model S exceed in styling and comfort features where others failed, but its top contender, the P100D, is one hell of a quick car. Now, luxury manufacturers like Porsche and, most recently, Aston Martin, are seeking to consume some of Tesla's market share.

Historically, Aston Martin has been very grounded by the idea of electrification. Its CEO Andy Palmer called Britain's plan to ban the internal combustion engine "absurd," "pointless," and "disastrous." Regardless, only a month later, the company hired Joerg Ross, former powertrain engineer for Ferrari, to help develop its very own electrified powertrain. By 2019, Aston expects to have its 1,000 horsepower RapidE in production, and hopefully for the company, impeding into Tesla's market share. But let's make it clear that the RapidE isn't marketed as a Tesla competitor. Instead of putting the two electrified beasts on a pedestal together, the Brits will be aiming to attract a very specific clientele from the domestic electric manufacturer: The ones with money to burn.

"For me, Tesla is a very credible competitor in the premium market, against Daimler, BMW, Audi, and the others. But they’re not in the luxury market where we are,” explained Palmer in an interview with Car and Driver, "Most of the people who buy a Model S are buying it fully loaded. They’re not limited by their cash; they’re limited by the offer. They’re not a competitor of ours. We’re looking to those people looking for something above Tesla."

Palmer isn't kidding when he brags about Aston Martin's offering in the luxury market, especially given the cost of its newest offering into the electric sector. Each one of the 155 total RapidE cars that go into production will be priced starting at a hefty $255,000, which is about $50,000 more than a standard Rapide, with a lot fewer batteries (zero) and a lot more petrol-pumping cylinders (twelve). Apparently, the RapidE is just the start in a long line of to-be electric cars from the manufacturer.

For now, all the company has are claims. The battery in the test unit is only 30 kWh, far from being able to power the car the 200 miles of projected "reasonable driving" range. Of course, these just seem to be testing numbers, as the manufacturer still has another year or two before it is slated to begin production without falling behind on schedule. Aston Martin will need to prove itself to be worthy of outplaying Tesla at a game it's already winning, and far surpass it into the ultra-luxury sector.

Avoid Your Family This Thanksgiving with Aston Martin’s Vantage Configurator

Even if the Vantage is out of your price range, this sure beats enduring another one of your uncle’s political rants.