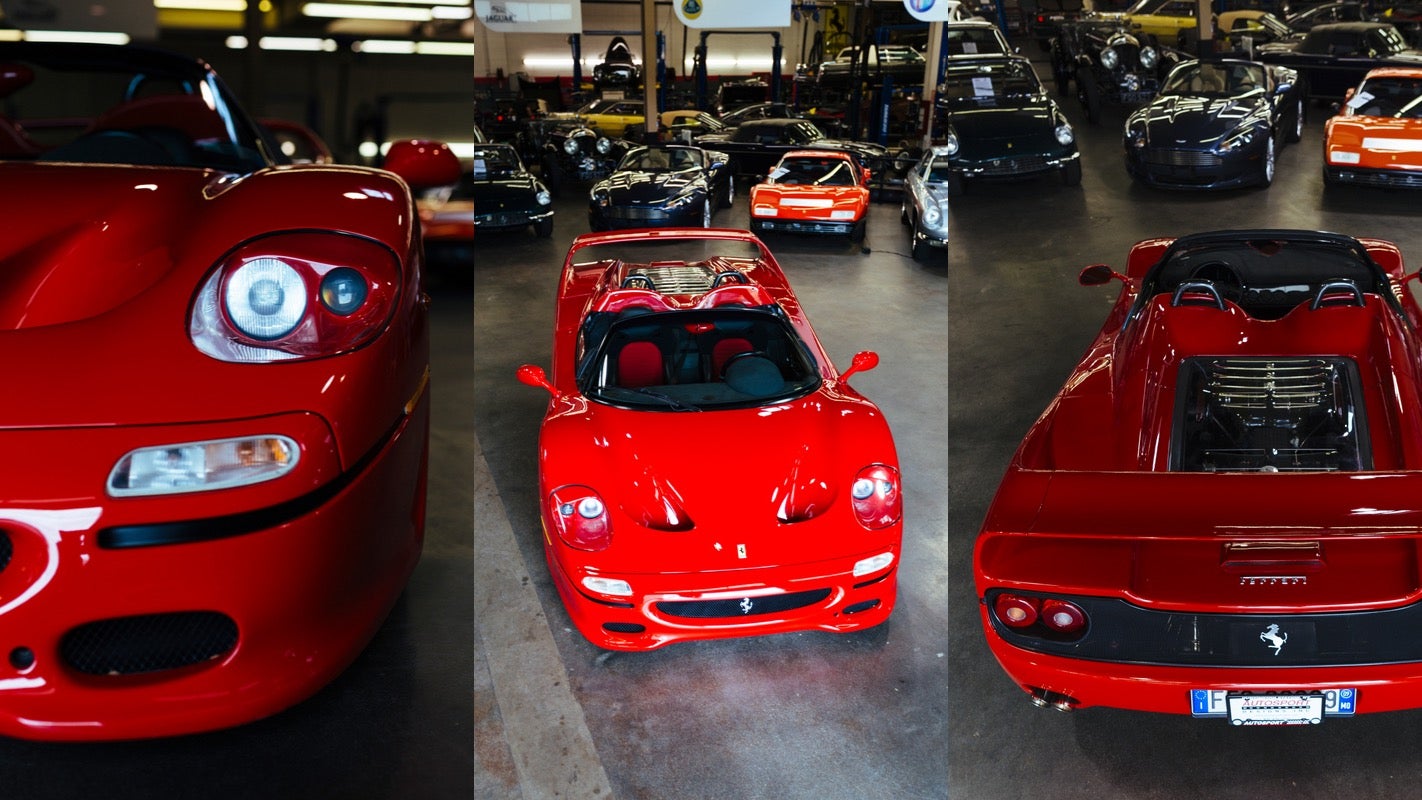 The original prototype for the Ferrari F50 has come up for sale by an exotic car dealer on Long Island, New York.

Autosport Designs lists the F50 on its website with a detailed history of the low-mileage car, whose serial number of 99999 makes it the last Ferrari built with a five-digit serial code. It began life in 1994 as the F50 test mule, performing laps of Ferrari's private Fiorano test track ad infinitum before ferrying Ferrari's former and current Formula 1 drivers and Grand Prix winners Jean Alesi, Gerhard Berger, and Niki Lauda around Maranello. In 1995, 99999 would represent the F50 to the public for the first time at the Geneva Auto Show, and later that year, the Tokyo Motor Show.

The car would in 1998 make its way into the private Ferrari collection of Jacques Swaters, a Belgian Ferrari dealer whom Enzo Ferrari had promised a decade prior would own the Ferrari with the serial number 99999. He would hold on to it until 2006, when it was sold to a collector in California. It would change hands another few times, and now in 2018, it is set to find yet another new owner.

With a recent service encompassing fluids, tires, battery, and other consumables, as well as an odometer showing just 1,400 miles accumulated in private ownership, this F50 is not only the oldest example of its kind on sale today, but probably the best. In a world of turbocharged, dual-clutch supercars, this F50's six-speed manual and 4.7-liter, naturally aspirated V12 makes it one of the most involving too.

The Drive reached out to Autosport Designs for additional information on the car, price included, and we will update when we receive a response. We expect the price is an if you have to ask situation, so we may have to settle instead for the $30,000 Ferrari coffee table book.

A stunning piece of automotive history can be yours for $130,000.

Thankfully, no life-threatening injuries were sustained by anyone involved.