The reckless driver blasted past a state trooper in an unmarked Ford Mustang. 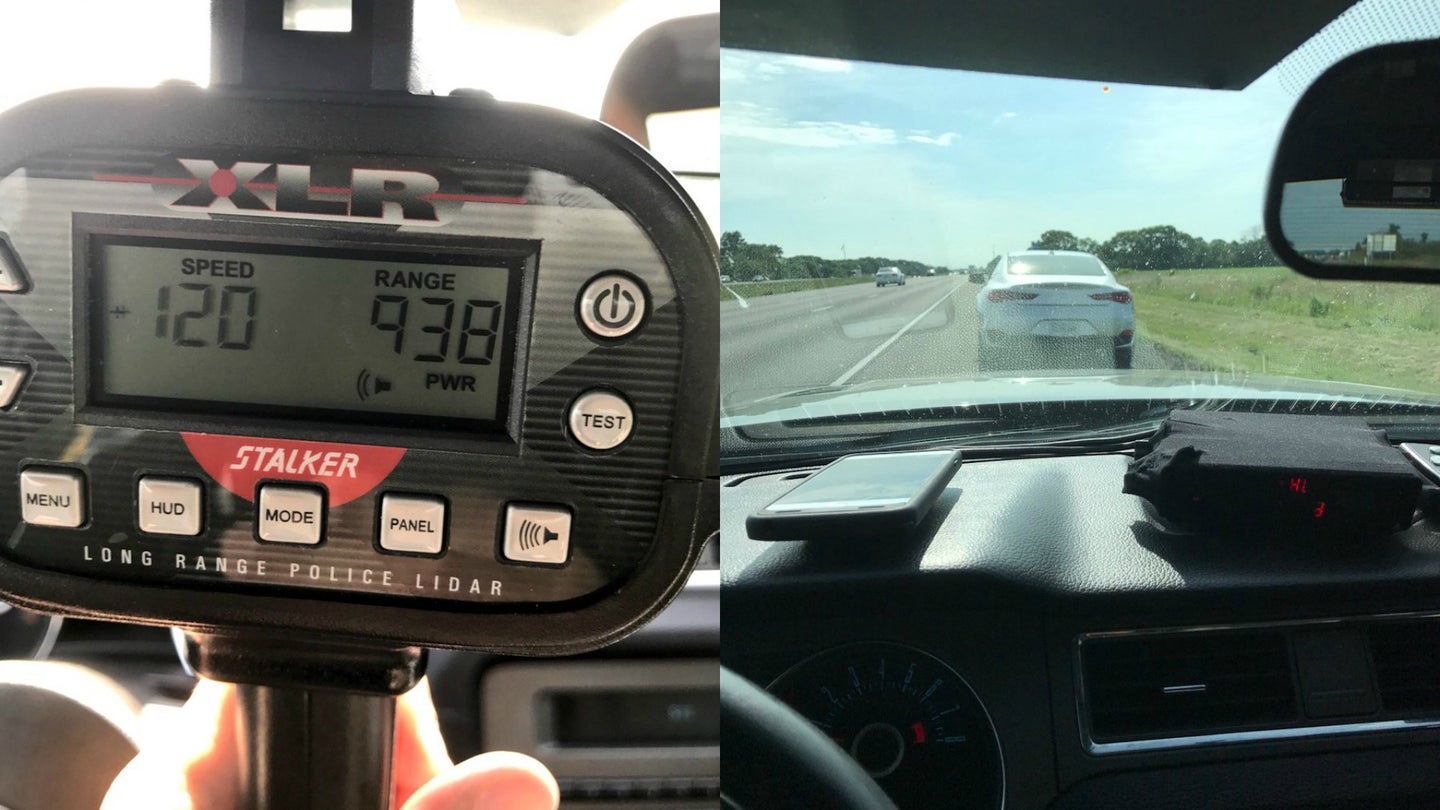 The driver of an Infiniti Q60 was pulled over by the Indiana State Police for traveling 120 miles per hour on the outskirts of Indianapolis where the posted speed limit is 60 mph.

According to the Indiana State Police, trooper Nick Klingkammer spotted a silver Infiniti Q60 traveling at a high rate of speed along a construction zone on Interstate Highway 69 near the city of Fishers, where a combination of on-site workers and redirected lanes warrant a reduced speed limit. The officer, who was at the wheel of an unmarked Ford Mustang police car, proceeded to pull over the speeder after his radar clocked him at double the speed limit.

Once police officer Klingkammer caught up and stopped the speeding vehicle, it's reported that the driver simply "asked for a warning." It's not known what else the interaction between the two parties entailed, but this tweet by Indiana State Police Sgt. John Perrine claims that the driver did not receive a warning—instead he "went to jail."

The Drive reached out to police Sgt. Perrine to find out how many days in jail and how much money in fines this driver could face.

"If convicted he could serve a maximum of 365 days in Jail and fines up to $5,000," said Perrine. "As of now, he has only been charged, he is presumed innocent until and unless proven guilty in court."

The image shown in the tweet depicts a current-generation Infiniti Q60, which could be powered by either a 2.0-liter turbo four-cylinder engine with 208 horsepower or a twin-turbo 3.0-liter V6 with 300 or 400 horsepower depending on the trim. Any one of the three engines could exceed 120 mph.

The sleek Infiniti coupe is supposed to borrow its hybrid engine technology from the Renault F1 racer.