The latest installment in the Fast saga promises vehicular carnage on a grand scale—go figure. 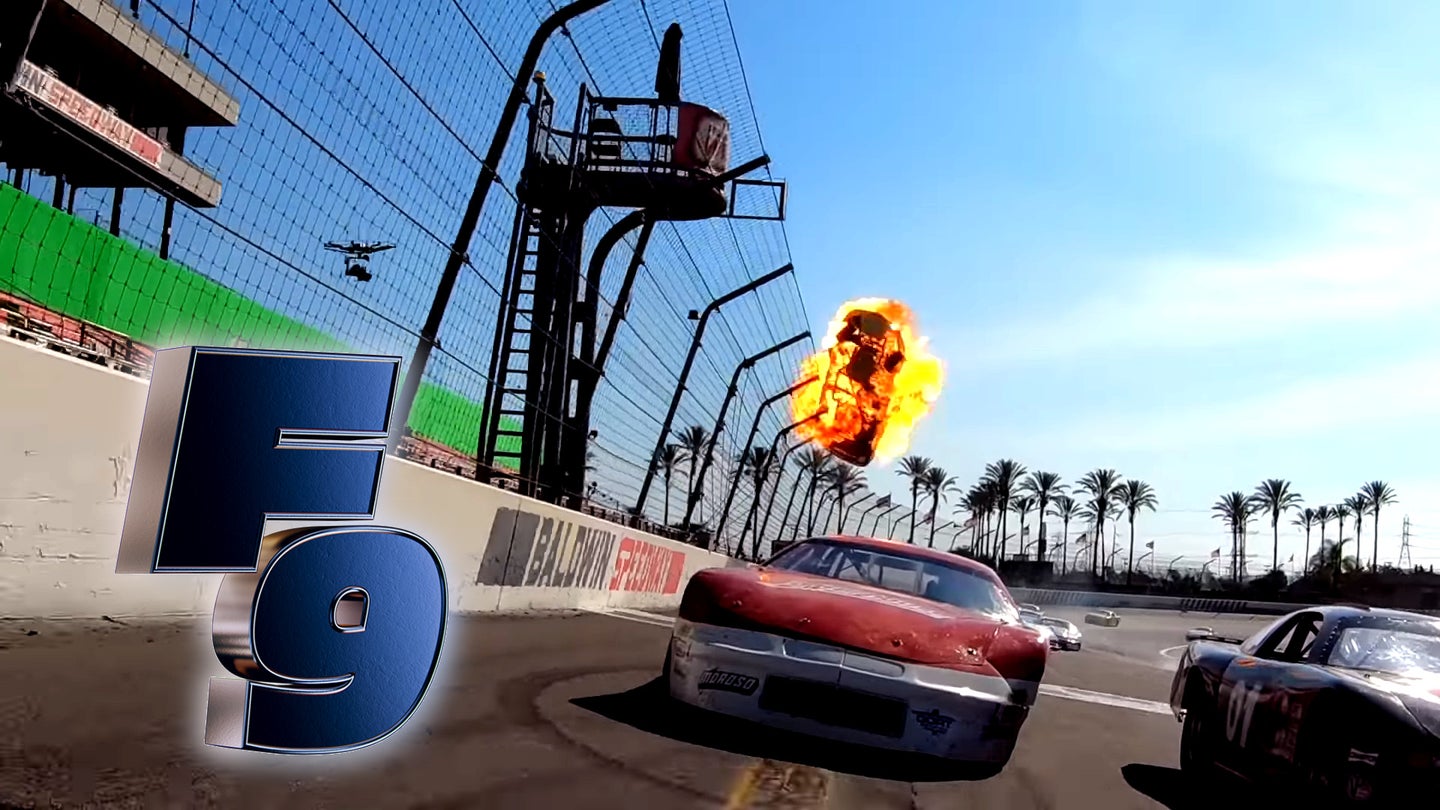 Once upon a time, Fast & Furious referred to a series of films that were about modified cars, street racing, and above all, family. As the franchise grew, however, it became more about heists, action, and espionage, abandoning its purely automotive roots for broader appeal. The gambit worked, and the franchise is now one of Universal's biggest properties. The latest entry in the series, Fast 9, or F9 for those in a real hurry, has just dropped a new trailer ahead of its theatrical release this summer.

The title, TOTAL CAR-NAGE, provides a good idea of what to expect in the ensuing 90-second trailer. There's cars—a lot of them, as usual—and they're all getting really rather smashed up. The fourth wall is actually broken in the trailer, with multiple shots showing off camera cranes and a variety of hardware used to flip or otherwise manipulate cars for stunts. Big action set-pieces have always been a mainstay of the series, and this trailer shows the studio's pride in that work.

Long term fans of the series won't be disappointed, with all the hallmarks of a Fast & Furious movie present and accounted for. There's a huge variety of military vehicles, a smattering of fast American cars, an orange Supra (not that one, though), and yes, Dom drives a black Charger. Other fun highlights involve the old British lady, suitably named Queenie, pulling a lurid powerslide during a police chase, and a giant magnet that sucks vehicles through the windows of small businesses. A stock car racing scene gets worked in along the way, too. Best of all, there's even a truck with a giant wedge on the front, shoving through a row of cars at speed. We'd love to know if the Mythbusters consulted on that one.

The main thrust of the trailer, overall, is that the cars are just getting absolutely wrecked. Broken glass, battered panels, and general destruction are the order of the day. Overall, it's more of the same general theme from a movie series that's seen meteoric success delivering just that. We fully expect box office success to follow the crashes and explosions on screen. Enjoy it, because after Fast 9, there'll apparently be just two more films left in the series that taught us the true meaning of family.

The exact figure is unknown, but the estimate keeps climbing as new movies are filmed.