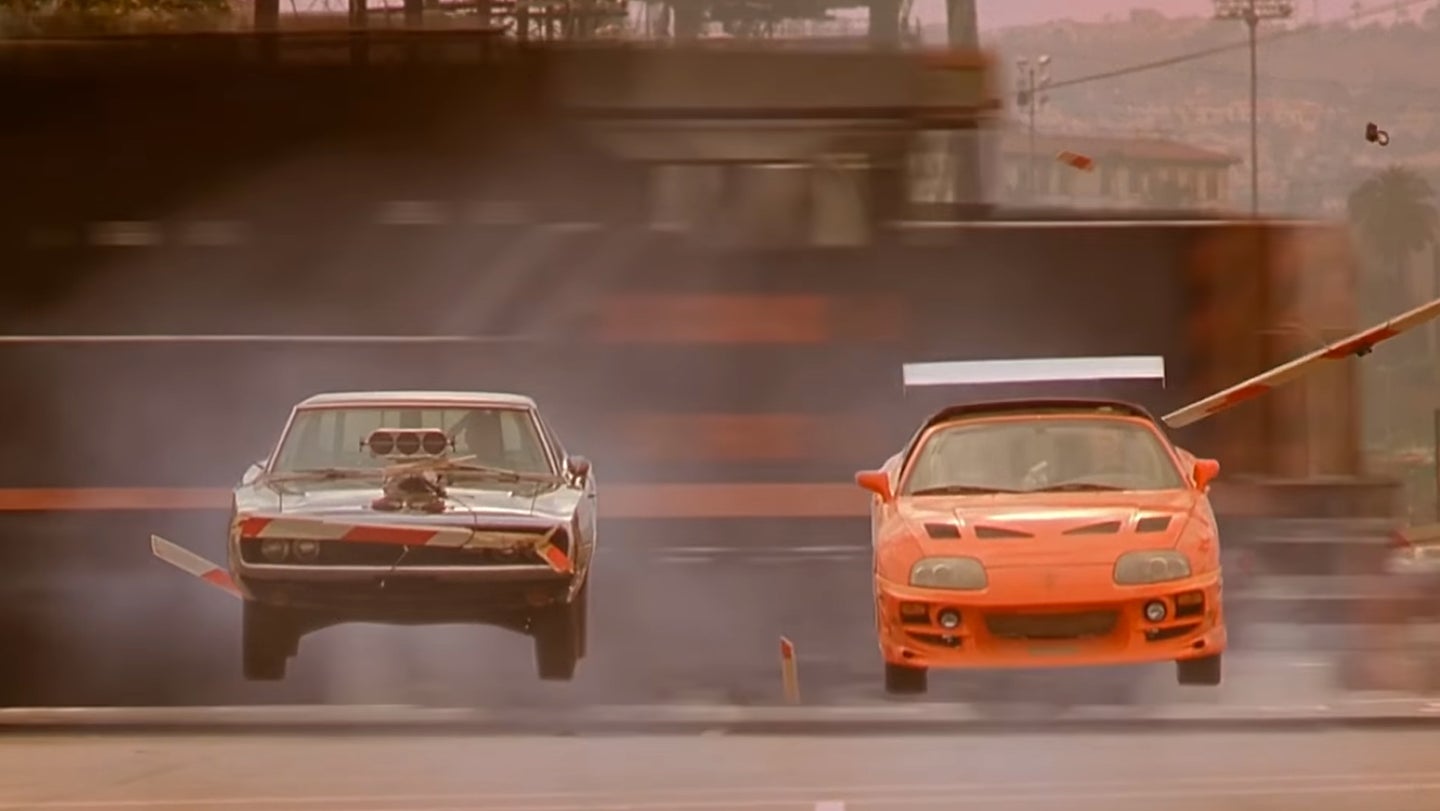 It may be hard to imagine at this point, but according to a Deadline Hollywood report, the Fast & Furious series of films is set to end after just two more films.

Currently, the series is on its ninth installment, F9, which is in post-production with a scheduled release date of Memorial Day 2021. After that, the report—which did not name any sources—says that we've only got two more movies left before the series is done for good.

Per the report, F9 director Justin Lin is in talks to stick around for the final two films. Lin started directing Fast & Furious films with one of its best, The Fast and the Furious: Tokyo Drift, and directed four others after that: Fast & Furious, Fast Five, Fast & Furious 6 and of course, the upcoming F9. The final two films are expected to focus on Vin Diesel's character Dominic Toretto, bringing back Michelle Rodriguez, Chris Bridges (a.k.a. Ludacris), Tyrese Gibson, Nathalie Emmanuel, Sung Kang and Jordana Brewster for the cast.

Deadline also speculates that Dwayne Johnson (a.k.a. The Rock) and Jason Statham—the two Fast & Furious cast members who did the spin-off Hobbs & Shaw after Johnson and Diesel couldn't work with each other anymore—could come back for the main Fast & Furious series finale. The report says that the last two films will be produced by Vin Diesel under his One Race Films production company, though, so someone will have to extend a thoroughly jacked olive branch that absolutely, positively, did not skip branch day on that one. (One Race Films is producing F9.)

Whether you love or hate tales of the Fast family, it's had a good run. The Fast and the Furious, the film that started it all, was released in 2001. The series officially old enough to vote if it wasn't, you know, a movie series. Since then, Fast & Furious has become the highest-grossing series in Universal Studios' history at $5.7 billion, according to Deadline—even beating Jurassic Park.

Granted, this is Hollywood—sometimes these reports don't pan out. Maybe they'll decide that explosions and car chases are precisely the escapism we need more of and keep cranking out F&F films. Maybe they'll do an English-language remake of Manta Manta. Or maybe it will finally be Mr. Bond's time to die. Who knows? All we know is, none of us at The Drive can remember the last time we went into a theater.