What Is This Bizarre Mid-Engine BMW 8 Series Prototype For?

Now, this is something. 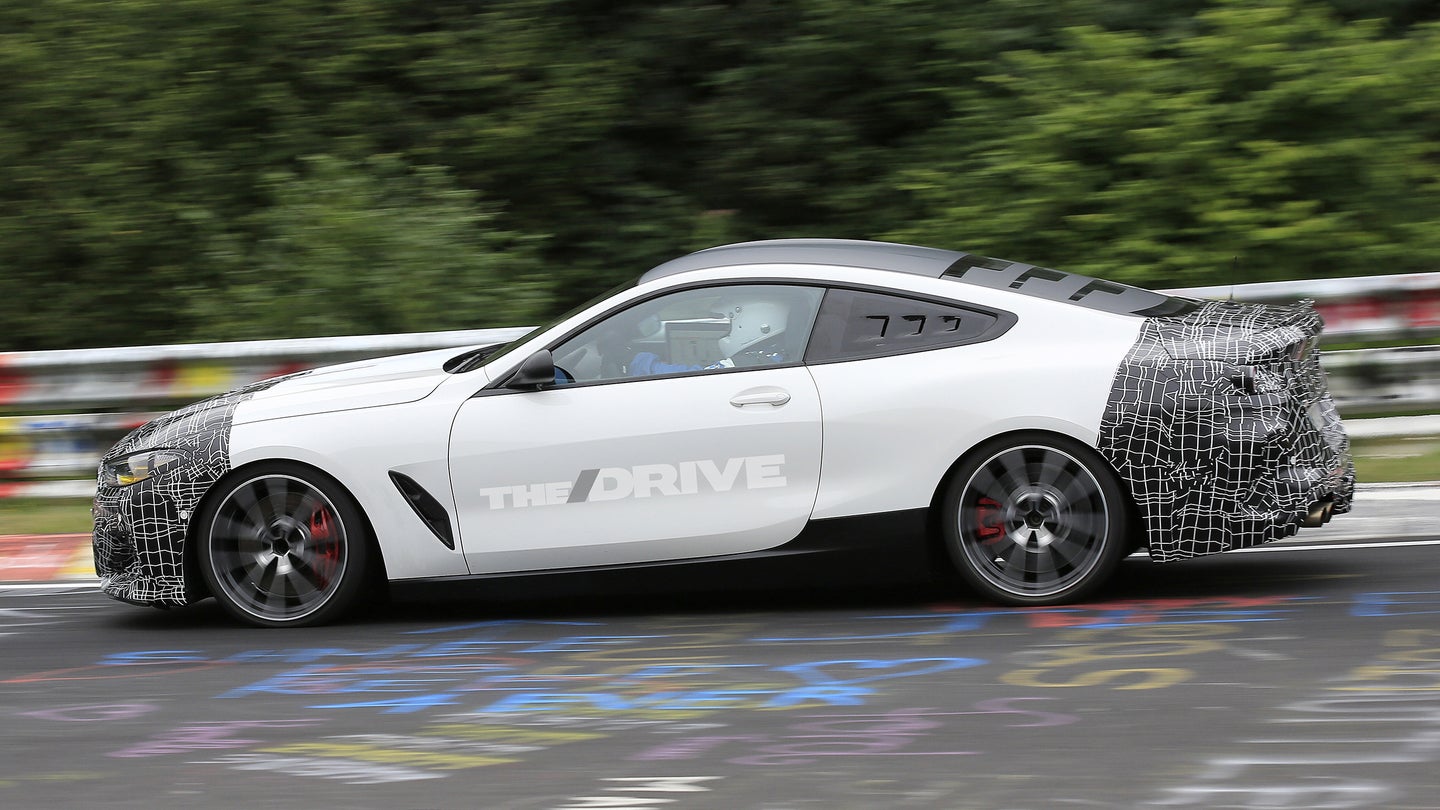 BMW tests all sorts of camouflaged prototypes at tracks and roads across the globe all the time. Lately, it's been the new M3 and M4—we know that for sure on account of the twins' big nostrils. However, there's something lurking around the Nürburgring that's a bit more mysterious. It's 8 Series-based, sure, but as far as we can tell, the engine is in the wrong place. It appears to be in the middle.

The rear end of the car is dressed heavily in camouflage, as is the rear window. And instead of the rear-quarter glass, there are air intakes. Sure, the front is camouflaged as well, but that's perhaps to distract from the fact that there's not much engine up there anymore.

We reached out to BMW for a comment on this weird sighting—it of course had no comment—so it's really all speculation at this point. We know there have been rumors about a new hybrid "M" sports car, but that project was reportedly canned due to the coronavirus. This could be a leftover mule for that project just being whipped around the 'Ring, but it seems unlikely that BMW would send a prototype for a doomed project out for seemingly random testing.

If I had to bet, I would say that the project was not totally canned, but perhaps just put into hibernation for a while. With the economic situation around the world slowly starting to look a bit better, it's certainly probable that this secret project was thawed out to get the ball rolling again. BMW still expects to turn a profit this year despite the global pandemic, and maybe things are bouncing back better than it thought.

In any case, It will likely be a while before we know anything about this mid-engined mule for sure.