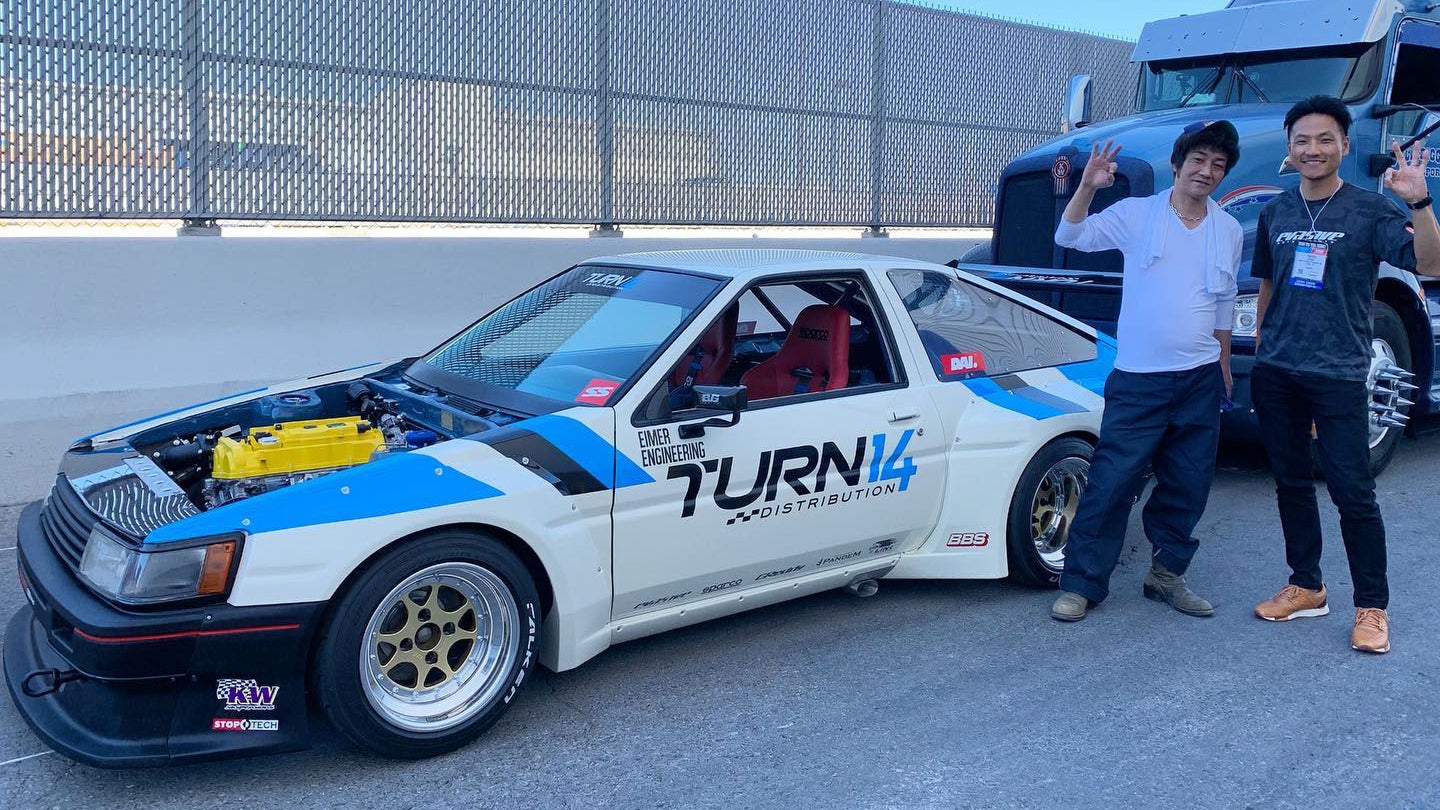 With the 2019 SEMA show in full swing, some of the world’s craziest automotive builds are getting their time in the spotlight. Case and point, check out this Toyota AE86 drifter powered by a current-gen Honda Civic Type R’s turbocharged 2.0-liter—a unique approach to creating a tail-happy classic like this.

This mashup of two Japanese titans is the brainchild of Formula Drift pro Dai Yoshihara, and it’ll serve as his newest competition-spec drift missile. While it’s not uncommon to see a rear-wheel-drive Corolla serving drift duty, they're typically packing a Toyota 2JZ engine or something of the sort under the hood. Even if the builder decided to stray away from the 'Yota family, you might find a Chevy LS V8 nestled in there. But to see one powered by a Honda unit, a mill from one of Toyota’s direct rivals, is like seeing a Ford Mustang powered by a Dodge Hemi.

Really, the K20C1 isn’t a bad choice of propulsion as it helps the current Civic Type R earn the title of fastest Civic to date. In that application, it propels the hot hatch to a top speed of 169 miles per hour thanks to 306 horsepower and 295 pound-feet of torque. What’s most impressive about the K20C1, however, is how quickly its torque peaks at 2500 rpm and yet, the motor is still capable of revving up to 7000 RPM.

One obstacle of the swap was converting the K20C1 to power the rear wheels as it normally finds Its home in the front-wheel-drive Honda. It's now mounted longitudinally, although it's unclear what transmission is used to tie it all together.

Yoshihara began teasing his build last week and posted images of his work-in-progress while revealing the final product shortly thereafter.

If you plan to visit the SEMA show in Las Vegas this week, be sure to check out his build displayed on the floor of the convention center.