Police were called to the 69th Street Veterans Memorial Pier at around 1 a.m. on Monday after a vehicle crashed into the water. 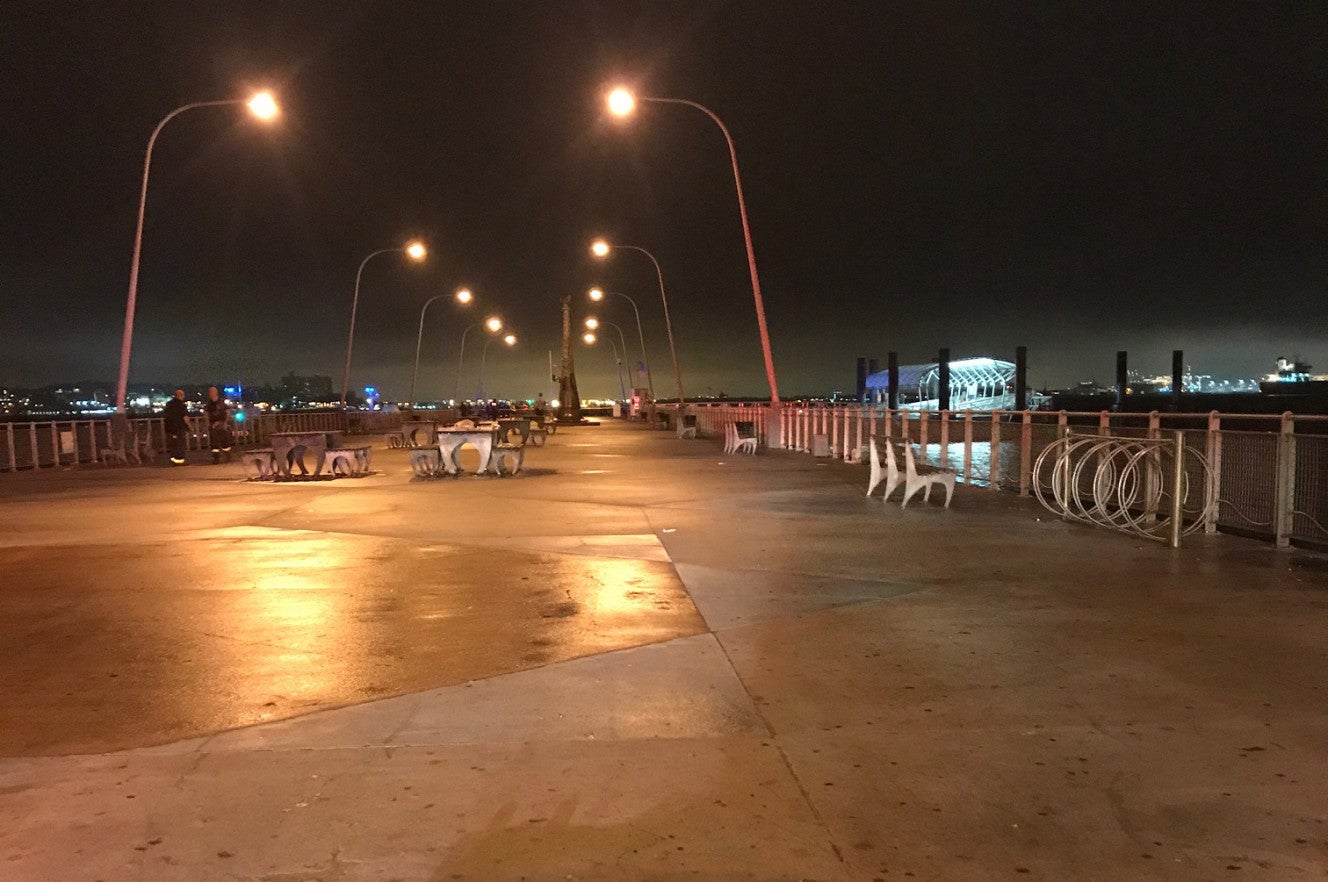 Shortly after 1 a.m. yesterday, a car reportedly sped down the 69th Street pier in Bay Ridge, Brooklyn and plunged off into the ocean, Emergency units were immediately called to the scene to try to find the driver and his vehicle. At this point, after a full day of searching, the NYPD and FDNY have still not discovered the car or anyone who may have been in it.

An eyewitness who was fishing at the time of the accident described the unfortunate event to authorities. The New York Post spoke to the man who claimed that it happened in just a matter of seconds. He told the paper that the car was a black sedan, possibly a BMW. The witness also stated that the vehicle looked as if it was going at least 60 to 70 miles per hour down the pier before plunging off.

According to the witness, the car kept sinking by the pier after the racing 150 feet and launching between metal stanchions, scattered tables, and a 9/11 monument. New information, however, says that the sedan began drifting away from the shore toward the Verrazano Bridge.

FDNY divers were in the water surrounding the bridge at around 2:30 a.m. on Monday, but were unsuccessful in finding the driver. The NYPD Harbor units remained on the scene to continue the search well into the wee hours of the morning.

The effort was suspended for a short time due to poor water conditions; divers were able to resume their efforts in the harbor at 11 a.m. after a spokesperson for the NYPD deemed that the slack tide would be optimal. At around 3:00 p.m. yesterday, no new developments were reported; the vehicle and occupant remain undiscovered.

It is still unclear as to whether authorities have any leads on the cause or whereabouts of the individual. Police are currently treating this incident as a recovery effort, and not a rescue. More details to follow as they arise.