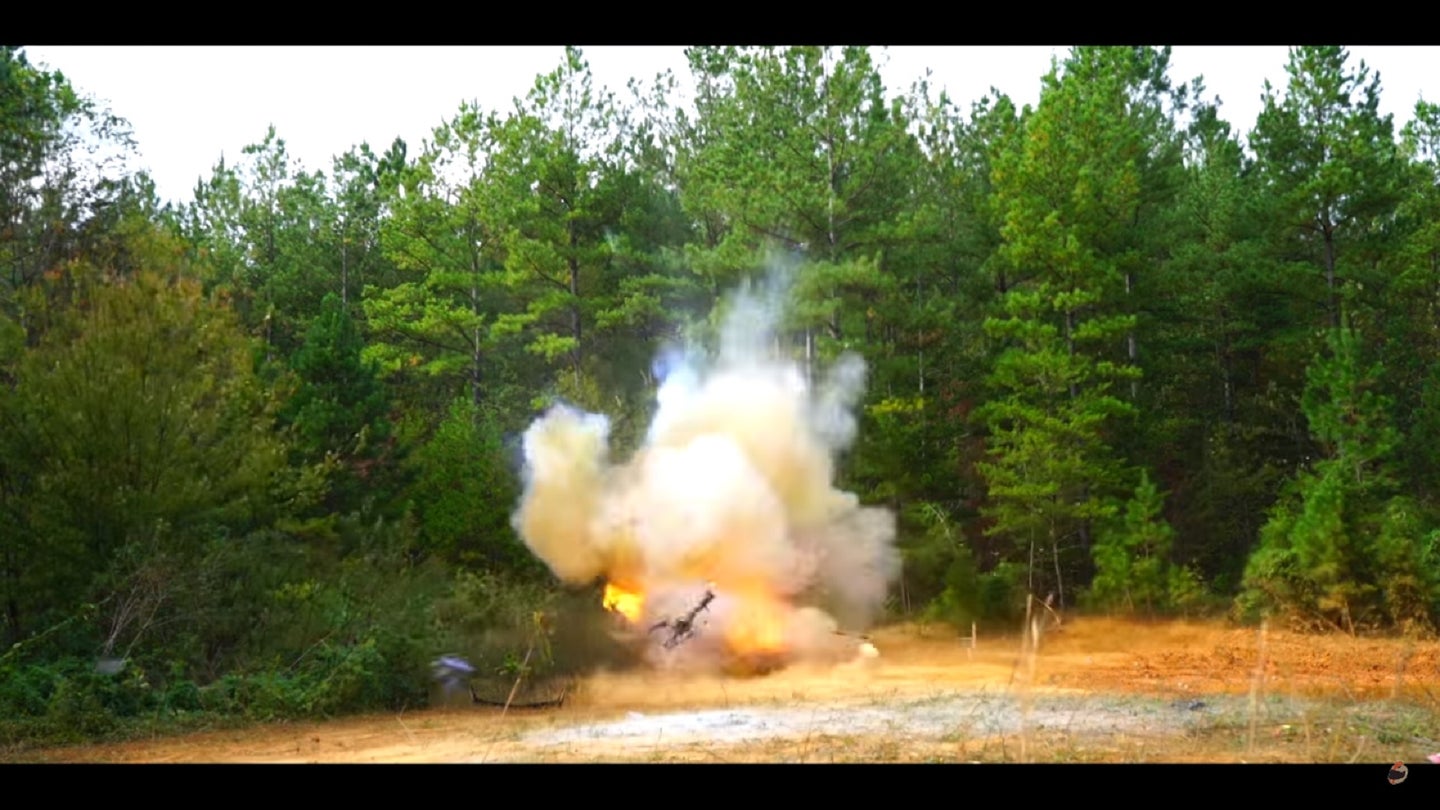 We've all had that project car from hell. Take one step forward, then two steps back. You fix one thing, and three more things break. It can get to a point where rather than complete the project, you just want to shoot it or blow it up. These guys actually did.

The car in question is, er, was an E34 BMW 5-Series. Vehicle auction website Dashub provided it to YouTuber Do It With Dan. Dan is best known for his motorcycle vlogs, but he also dabbles with his supercharged Corvette as well as a wide variety of firearms. This worn-out BMW was never intended to be repaired or restored. It was intended to be blown up.

It barely ran when Dan got it, but it performed well enough for a cruise around the block and to fail at mudding, crashing into the trees instead. Dan got a bunch of his gun and explosive enthusiast friends together to send this car out with a bang. Literally.

First, they shoot up the car a bit with their extensive arsenal. This is yet another good demonstration that contrary to what we see on TV, a car's bodywork is far from bulletproof (unless you make it that way like the NYPD.) Bullets go in one side and out the other, fragment inside the car to cause even more damage, or occasionally get lodged in bodywork mostly intact.

They have a little fun with a flamethrower and a motorcycle helmet, but the real fun is when they actually blow up the car. The first attempt works but wasn't destructive enough to be satisfying. The second attempt would be enough to satisfy the Mythbusters.

Dan makes it very clear at the beginning of the video that you should never ever try this yourself. They are quite experienced with firearms, and they had an anonymous explosives expert on hand to make this as safe as possible. That said, it's amazing how close flying shrapnel got to Dan's $5,000 camera. The distance traveled by the car's flying debris is rather amazing.