Toyota is teasing us ahead of the Corolla’s Nov. 15 debut. 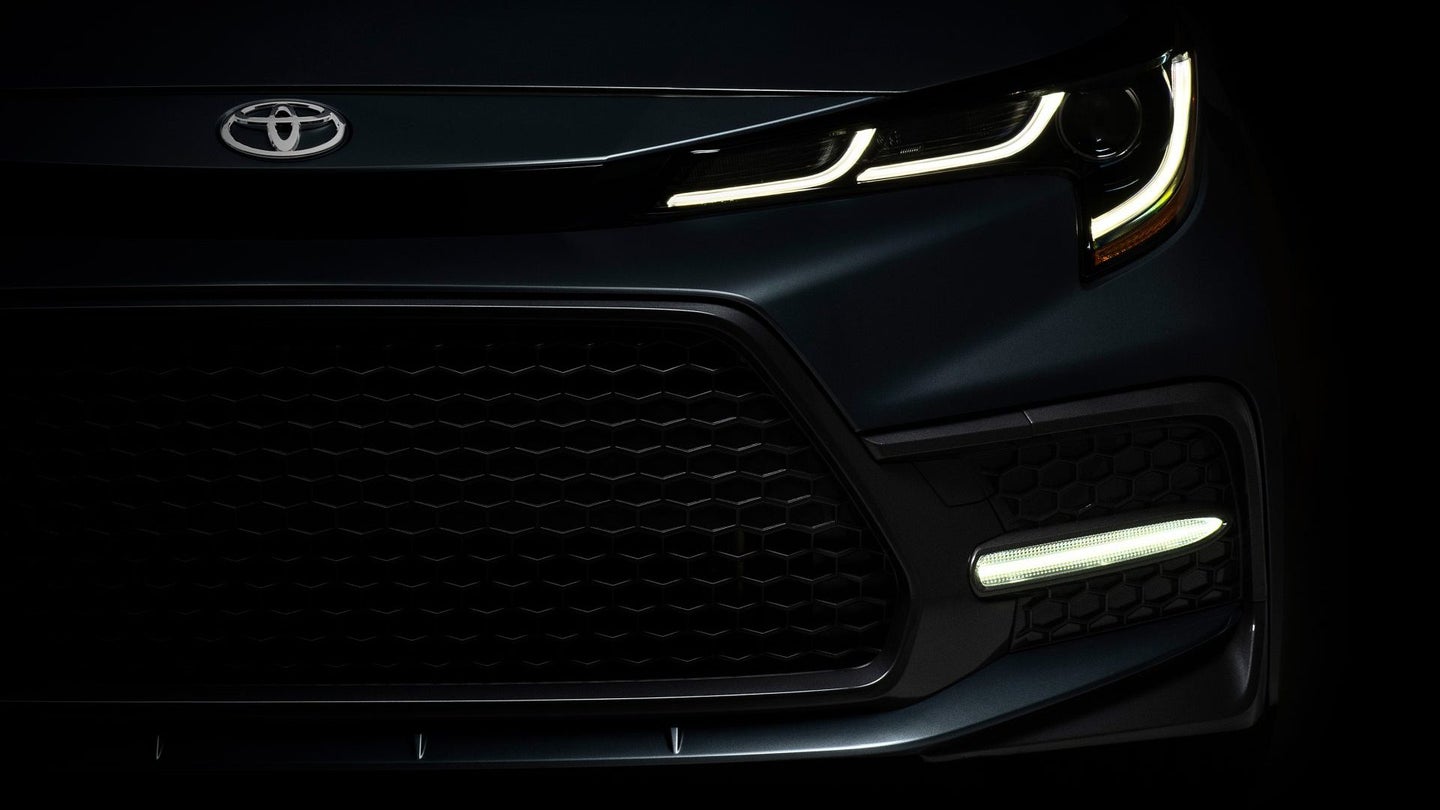 Ahead of a full reveal scheduled for Nov. 15, Toyota is teasing what is presumably the sedan version of the new Corolla with a poorly lit, strategically cropped shot of the car's front end.

We don't expect the general design to deviate too far from the better-than-ever hatchback version, but putting the two side by side tells us that the sedan will rock a different front fascia design. While the headlights here appear to be pretty much the same, the sedan's front maw appears to be slightly thinner than the hatch's and is filled in with hexagons rather than the hatch's stylized-T pattern reminiscent of the 86.

The Toyota badge also appears to have been relocated higher, onto the painted section closer to the hood instead of the black plastic trim piece as seen on the hatchback.

The SEMA-favorite 2019 Toyota Corolla Hatchback comes with a 2.0-liter four-cylinder that produces 168 horsepower that is mated to a CVT or a six-speed manual. The Hatchback starts at $19,990, and our guess is the sedan will get the same motor and start around a thousand bucks less. Whether or not it'll get a manual is unclear, but we'll keep our fingers crossed.

When our resident new dad put that car through the wringer a couple weeks ago, he found it charming, fun, and stylish but lacking in space as far as his new-dad duties are concerned.

Real aficionados of Toyota's ubiquitous compact can watch the Corolla's debut live at 10 p.m. EST on the 15th right here. For everybody else, keep it locked on The Drive.