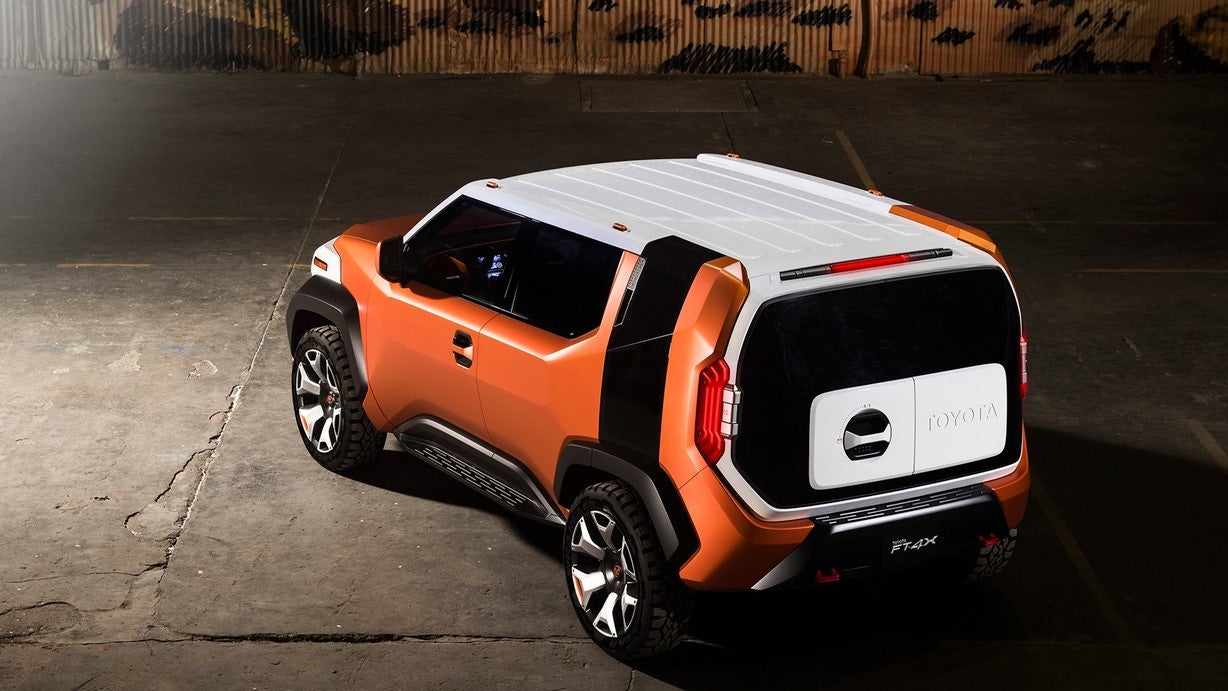 A Toyota TJ Cruiser could be coming soon to a dealer near you. A few days ago, Toyota officially filed to trademark the name "TJ Cruiser," likely for the carmaker's next crossover. We can't say for sure, but our best guess is it will be inspired by the love-it-or-hate-it FT-4X concept we saw at the New York Auto Show. This concept suffered a bit of an identity crisis between FJ-inspired off-roader and urban mobility device for, ahem, "woke" millennials. (Marketers seem to think millennials all live in big cities and also go camping all the time.)

The Toyota TJ Cruiser may be based on the same platform as the C-HR, Toyota's newest, smallest, and quirkiest ‘ute. While the existing CH-R has a distinctly urban presence, the new TJ Cruiser will probably be an off-roady spin on the same platform. Think Fiat 500X/Jeep Renegade. Maybe we'll get a TRD variant to give Renegade Trailhawks a run for their money.

The FT-4X had many quirks that would be pretty cool to see on a production car. It had removable headlights for use as flashlights, a removable stereo with built-in speakers, and removable rear door handles that double as water bottles. More practical and realistic features include fold-flat rear seats and two storage boxes in the cargo area.

Since the name is literally the only thing we know about this vehicle, we don’t know anything yet about specs, prices, or a timeframe for release, but we’ll keep you posted as we learn more.

Will the Toyota TJ Cruiser give Jeep something to worry about other than the new Bronco or will it just anger the off-road gods? Hopefully, we'll find out soon enough.

Check out this FT-4X video to see what Toyota thinks millennials do.

This Rig Redefined What a FJ Resto-Mod Should Be