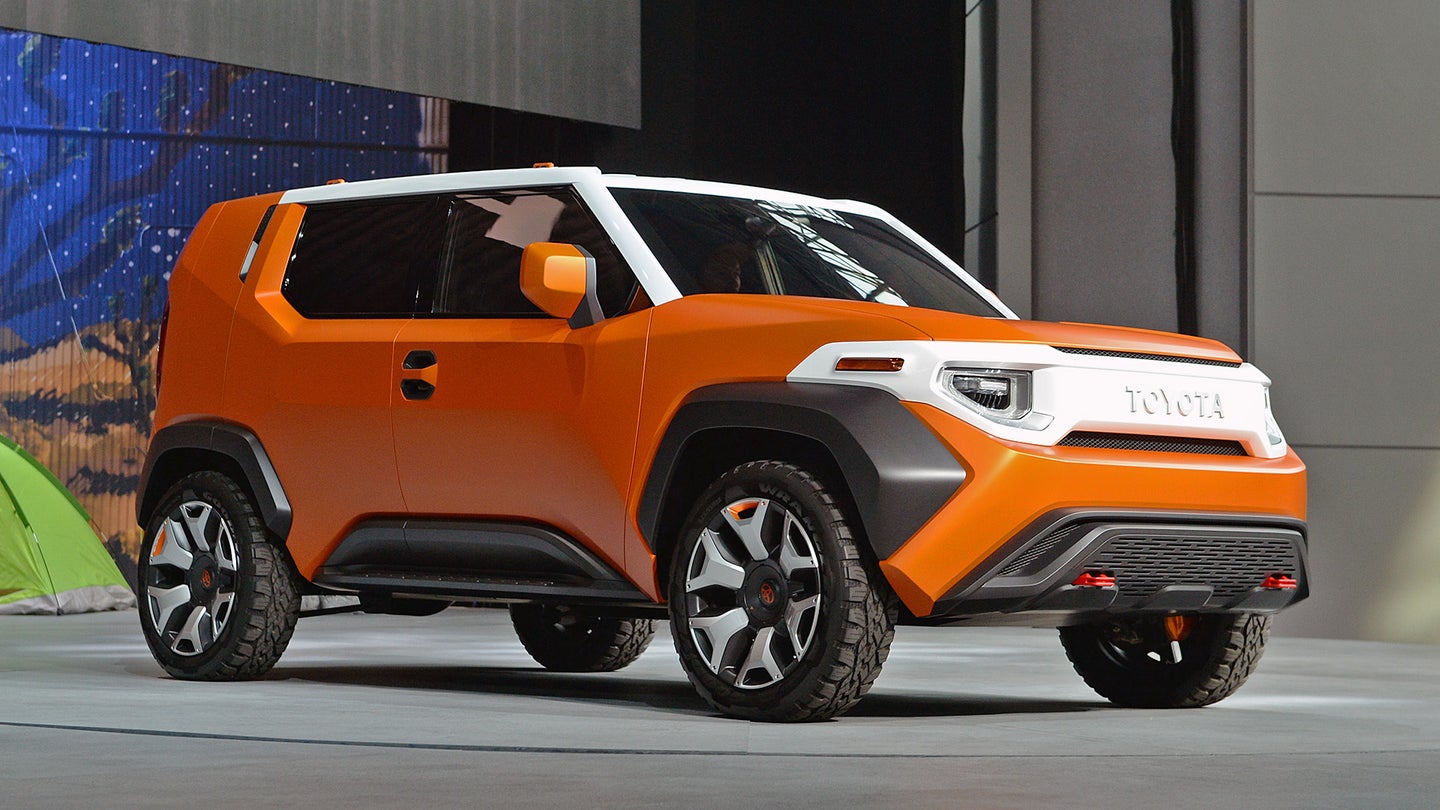 Toyota likes pay tribute to its four wheel drive heritage. The FJ Cruiser was a throwback to the 'Yotas of old, reminding us with subtle hints like round headlights and unique body shapes. Although it's been out of production for several years now, the FJ's spirit certainly carries over to the FT-4X Concept that Toyota revealed at the New York Auto Show. With plenty of funky cues and urban inspiration, the automaker's newest prototype is aimed at the rising generation of millennial drivers rather than hardcore 4x4 enthusiasts.

With the FT-4X, Toyota looks to hit a mark that's been missing since the FJ left its lineup. Toyota's Tacoma and Highlander are geared towards those who are serious about driving off the beaten path, so the Japanese automaker has already got its ground covered in that segment. The FT-4X has obviously moved away from that direction, ringing in a host of sleek and industrial designs and features.

Naturally, the new concept was designed by a group of Californians. Toyota's Calty Design Research in Newport Beach is responsible for penning this new age design that is equally intriguing as it is boxy. The design crew says that it was built to allow Millennials to go anywhere at a moment's notice, something that they apparently tend to do quite often. Its utility makes it a suitable all-in-one machine for young buyers, making it the only vehicle they need for various duties.

The interior is just as usable as the truck's architecture. In the rear, two storage boxes are located to allow for plenty of cargo space and packing away whatever gear or groceries you might pick up. The rear seats fold down flat, allowing for you to stuff everything into the FT-4X's interior which is laden with rugged materials. The interior lights can even be removed from their sockets, providing you with flashlights for your expeditions. Last but not least, the rear door handles can be taken out and used as water bottles—quirky, but still cool.

Although it isn't a dedicated off-roader, the FT-4X does feature 4x4. A small four-cylinder engine is employed, much like the one in the C-HR ute. This allows the FT-4X to climb around and still get decent fuel economy, supporting the needs for its particular demographic.

It's doubtful that we'll see the FT-4X go into production soon, although we do expect Toyota's future models to take hints from the concept. As the large-vehicle segment grows, Toyota will look to add more vehicles to its roster, and a utility vehicle like this isn't out of the question.

The Ram 1500 Rebel Blue Streak and Ram 1500 Sublime Sport are far from discrete.