Toyota finally won at Le Mans, and it’s now turned its sights toward the Lemons, a junker racing series. 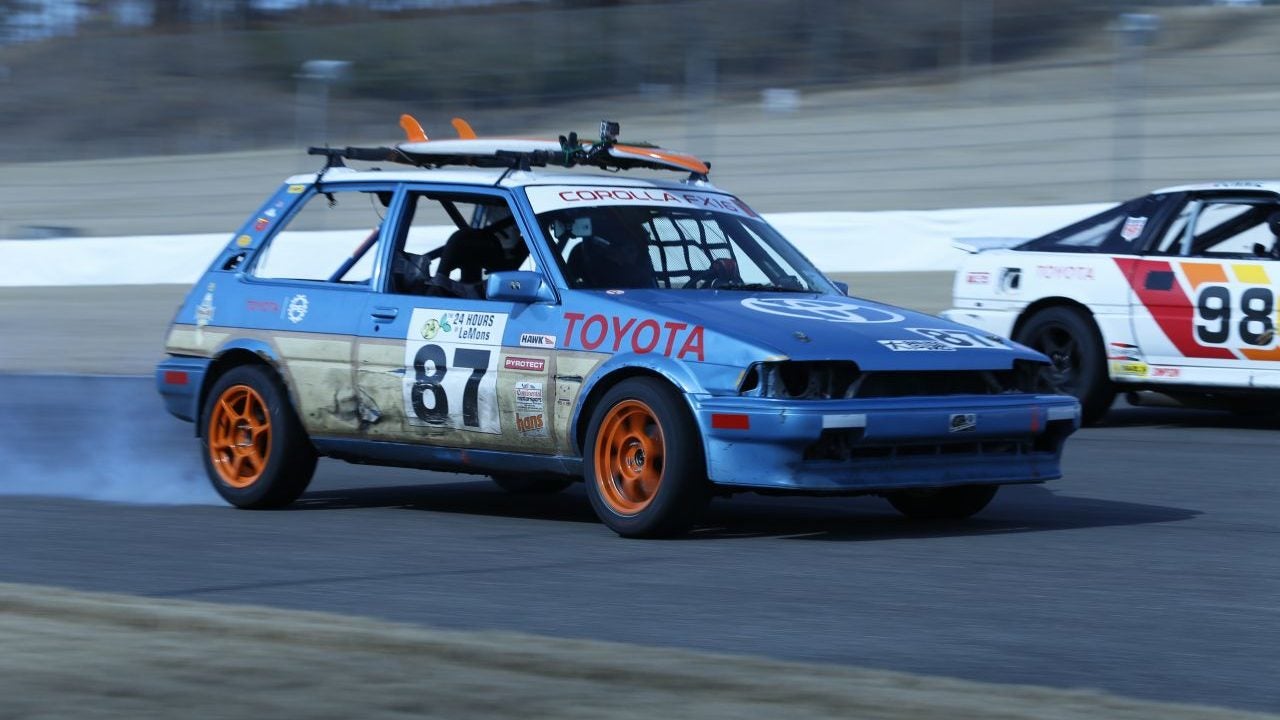 Toyota tried to win the 24 Hours of Le Mans for decades, and it finally succeeded this past June. With that feather in its hat, it can seek glory (or humiliation, in this case) in other endurance racing series, namely the 24 Hours of Lemons.

Lemons's premise is that it's supposed to be low-cost endurance racing that doesn't take itself too seriously. Acquire a $500 car, deck it out in an absurd livery, and race it until it breaks, you disqualify yourself, or you accidentally finish. Toyota documented the race efforts of a team staffed by some of its engineers, who cobbled together a 1986 Corolla FX hatchback that has now competed in at least 25 Lemons events.

At the race showcased by Toyota—the "'Shine Country Classic"—the team toasted its engine during the practice day, and faced an overnight engine replacement, which it achieved. The fixed FX wasn't rubber-stamped by the tech inspectors, however, as the judges noticed the team's installation of a more powerful engine than what the Corolla had from the factory, suggesting the $500 budget cap wasn't respected. A bribe of pizza was enough for the judges to turn a blind eye.

Of course, getting past the scrutineers was only the first challenge for the team, as they faced a small fire that sidelined their car midway through the race, and had to avoid accumulating penalties that could disqualify them, all under the watchful cameras of Toyota's public relations team. In the end, said cameras actually benefited the team, as the judges took pity on the team and awarded them the "I Got Screwed" trophy for being stalked by a film crew all weekend.

If you care to see more about racing the 24 Hours of Lemons and the mishaps entailed, come back soon for a deep dive into Colorado's "B.F.E. GP" at High Plains Raceway.

‘Truck Norris’ is out to save the day.