The Storyteller’s Guide to Elon Musk’s Next Move

Seeing past sex, drugs, and sleep deprivation to find the real narrative. 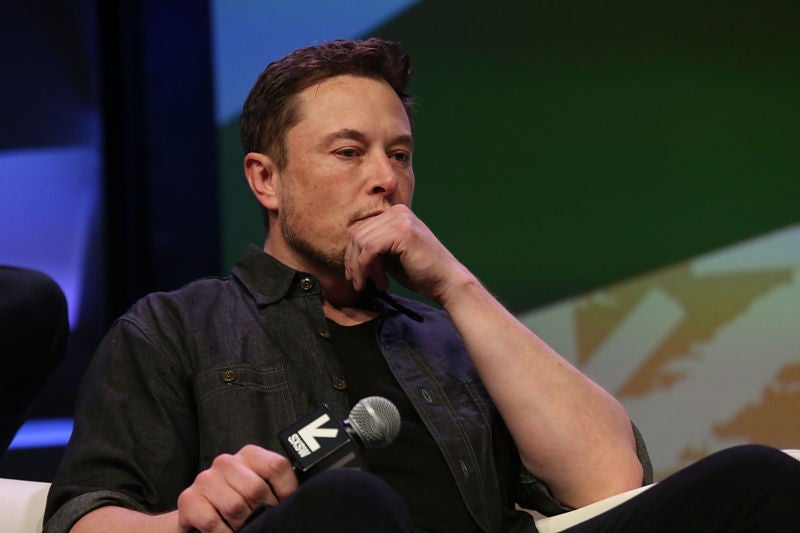 When people ask me why I have not yet weighed in on [insert preposterous or divisive or mystifying Elon Musk statement here], my answer is always the same: I'm thinking about it. The pace and timing of Musk news is too fast for meaningful instant analysis. Perspective is hard to glean, even on the second day. I pity those working on books about Musk and Tesla. Where to end them? When? Musk isn't just disrupting the automotive sector, but traditional publishing's ability to acquire, edit, schedule, market, and sell anything that won't be out of date before (or even hours after) release.

Imagine being the person behind this 1996 story:

Can you imagine publishing a book about Theranos before its implosion? Before Bad Blood came out, Theranos was thought to be in its second act, also known as the dark night of the soul, during which the stage is set to transcend tragedy and self-doubt. It took one serious journalist to reveal it was actually the third and final act.

Where are we in the Elon Musk narrative? What happens next?

That depends on what day of the week one chooses as a narrative bookend. Musk's disastrous August 16th New York Times confessional interview caused a swoon in TSLA share prices and gave global media's finest thinkers everything they needed to weigh in. Musk hadn't secured funding to take Tesla private. Musk appeared depressed. Musk was exhausted. Musk choked up. The SEC is poking around. The Tesla board is worried about him. Unnamed sources are worried about his recreational drug use.

Recode's Kara Swisher took to the Op-Ed pages of the Times to try and answer the question: Is He Crazy?

Not really. He's the id of tech. And he shouldn't tweet.

Financial Times stalwart Jonathan Guthrie is correct when he draws the parallels between Musk and truculent teens. Also, he shouldn't tweet. Slate's Felix Salmon is correct when he says Elon Musk Needs Sleep. Arianna Huffington echoed Salmon with this tweet and accompanying article:

Most people need sleep, though it must be said that many brilliant, driven figures throughout history didn't sleep much (Nikola Tesla, to pick an apt example, slept just 2 hours a night). Anyway, does anyone believe sleep will change Musk's behavior? Please.

What about the drugs so many are worried about? I used to do a lot of drugs, too. Mostly legal, some not. I'd sleep two days then play Civilization IV for two days. (I hear Civ is one of Musk's favorite games.) My Civ box and display sat right next to my workstation. I was so productive, I wrote a book. When I went cold turkey, my sleep schedule changed, but my waking output didn't. It was just less Civ, more work. That was before Twitter, which

Is Ambien a problem for Musk? I doubt it. If anything, he's not taking enough of it. Cocaine? I doubt it. Users disappear for days at a time. Musk couldn't conceal that. How did Aaron Sorkin, the wildly successful writer of "The West Wing," get away with 15-plus years of cocaine addiction? Answer: he didn't. Alcohol? Almost everyone drinks. Musk's behavior doesn't line up with alcoholism. What about some combination of addictions? Anything is possible, but speculation is worthless when confronted with evidence of something else.

What is telling is how Musk seemed so defensive about weed:

Who says "on weed"? One says "on crack" or "on coke." "On weed" is for those who don't smoke it, let alone enjoy high-quality edibles, which is how Californians of means actually consume it. But Elon's problem isn't with weed as a drug, but with weed's deleterious effect on productivity, which is Elon's self-imposed raison d'etre.

You know what might explain Musk's behavior? Adderall. Provigil. Nuvigil. Dexedrine. All legal. Ask anyone who keeps crazy hours how they do it. Pilots, college kids, FOREX traders, Cannonball drivers. If they can get a prescription, so can Musk. People like Musk will find a way to self-medicate, which is code for treatment, not cure. You can't cure human nature. Here's Elon's 2:32 AM PST response to Huffington:

Musk is convinced he's the only one who can execute his Master Plan, which is why all of the sleep advice and concern about drug use is lost on him, and ultimately irrelevant.

In fact, triggering it may be part of Musk's plan, whether he knows it or not. I think he does.

Elon Musk Versus The Art Of Storytelling

When I was Chairman of The Moth storytelling series in its early days, we had fiery internal debates about format and rules. How long should a story be? How do we keep storytellers from going over time? How to elevate the quality, consistency and variety of the storytellers and their stories? As we grew, we observed what some joked was the Powerpoint-ization of stories. Everyone wanted to hit those beats, but not always in a good way. Word got out that storytellers were getting book deals. One even got a TV show. We were swamped with stories of coming out, therapy and recovery. We marveled at how people could stuff a three-act structure into five minutes. The Moth was too young and humble to call it Mothification, but every content platform reaches a point where voices are optimizing for the format rather than organizational goals.

All we could do was enforce a set of deceptively simple rules, which remain in effect today: stories have to be on time, on topic, true, and we care.

Structure matters, not just to the storyteller, but to the audience.

At a traditional company, the story is told through earnings calls, product launches and press releases. News, good or bad, is highly filtered and released on a set schedule. Teamwork matters. If there is a cult of personality, it lives behind a wall, its narrative synchronized and subsumed to corporate necessity.

At Tesla we are witnessing the greatest business theater of modern times, and not in a good way. Will Tesla succeed because of Musk, or despite him? Musk might be forgiven his alleged sins if he were just the director, or the writer, or the star. Instead he's all of them, and the producer, and a major investor, and the publicist, set designer, songwriter, soloist, backup singer, conductor, musical director, usher, merchandise designer and bathroom attendant.

If all of these jobs were being done well, no one would care. In fact, a show as good as Tesla could go on forever even if the jobs weren't getting done—as long as talent showed up on time. New Order is terrible live. Siouxsie Sioux can't sing. The Cure's Robert Smith can't solo. Genius is allowed its flaws. We need genius to be flawed. Flaws make us human. A critical flaw is the hinge upon which empathy, understanding, and identification swings.

But there is one thing every show needs, and without which genius will fail and the show must close: narrative structure. Every story needs a beginning, a middle and an end. The ticket buying audience will need to go to the bathroom. That's why intermission exists. People need to go home sooner or later. How long is the average song? Three minutes, thirty seconds. Movies? Ninety to 100 minutes. TV shows? Twenty-two or 44 minutes. Even Netflix and Amazon shows, unconstrained by commercial break requirements, follow these examples. Books, symphonies, articles, tweets, Instagram's 60-second video limit, how many lines of text Facebook and LinkedIn display above Read More...an ever changing universe of platforms offer a wide variety of formats waiting for storytellers to exploit them.

The very best storytellers optimize narrative to format. They have to, because expectations matter.

When it comes to Tesla, if your expectation is that Musk will conform to the format, platform, and cadence of traditional business storytelling, you will only ever see failure, misdirection, and deceit. If your expectation is that Musk will execute his Master Plan on any timetable, then everything is a road block, every confessional fuel for renewed faith, and every missed deadline becomes a footnote in a optimism-fueled "leaning forward" narrative.

Love him or hate him, step back to observe Musk's arc over time and you can't help but see an almost inconceivable narrative agility, his story beats sprinkled across multiple platforms, each targeting a different audience, timed to counteract negative fallout from stories he can't control.

Example: Less than 24 hours after the New York Times interview broke, when the catastrophic response to it began to take shape, Marques Brownlee—a YouTuber with 6M followers—teased something big coming out that very night, and boy was it:

This 18-minute interview had to have been scheduled in advance of the release of the Times interview. Brownlee, a Tesla owner/fan straight out of central casting, threw softball after softball, and Musk whacked them all over the Gigafactory's fence. Depending whom you ask, Musk looked tired or human, which lines up with David Gelles' NYT Sunday follow-up, which all but praises him for his transparency and vulnerability.

What happens next with Elon Musk?

Love him or hate him, Musk isn't crazy, he isn't stupid, and he isn't quitting. He knows he can't hide his feelings, and so he's decided to add them to his communications arsenal. He's waging full-spectrum asymmetric warfare to stay in the seat. He has to. Tesla is Musk's Kobayashi Maru. Musk can't lose, or even appear to lose.

That leaves only two possibilities:

I hope it's 2. I'm not invested in Tesla, but I love the cars. I also love an underdog story. If the second option sounds crazy, go read Philip K. Dick's Now Wait For Last Year before posting in the comments.

Or, by the time you're reading this, I could be completely wrong. But I doubt it.

Alex Roy is Editor-at-Large at The Drive, founder of the Human Driving Association, host of The Autonocast, co-host of /DRIVE on NBC Sports and author of The Driver. You can follow him on Facebook, Twitter and Instagram.