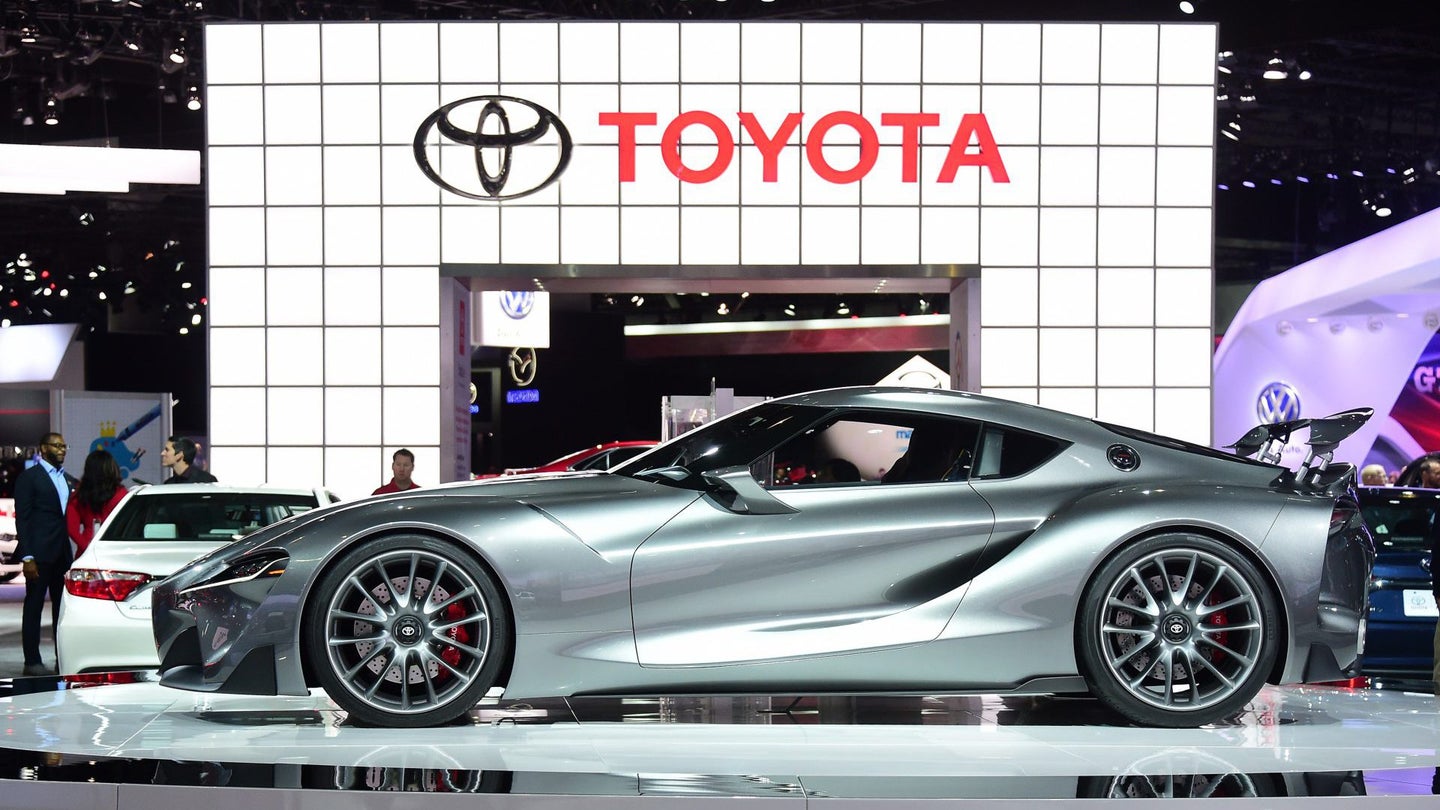 The Toyota FT-1 concept surfaced first in early 2014, and its Supra DNA was apparent from first sight. Toyota took a year to confirm that the car was indeed setting the groundwork for the fifth generation of its GT coupe, but the car's formal announcement would remain on the horizon for years to come. A report by Auto Express claims we need not wait much more, and bills the 2018 Geneva Motor show, less than eight weeks away, as the event at which Toyota will finally rip the tarp off the fifth generation of the Supra.

It is reported not to be just one Supra coming, however. The Gazoo Racing-badged car will debut with four varying performance packages available, fitting into GR's four-tier performance hierarchy. There will be a base Supra, upstaged by the Supra GR Sport, then the Supra GR, and at the top of the totem pole, the Supra GRMN "Masters of Nurburgring."

What will separate these Supra variants is not yet known, but the deluge of powertrain rumors suggest there to be multiple engine and transmission options. The new Supra will share underpinnings with the new BMW Z4, and a document alleged to be leaked from BMW suggested that there would be no manual transmission for the Supra and that four-pots would be available. A different source, citing a Toyota engineer, claimed that triple-pedaled cars would indeed be made and that one engine choice would be a twin-turbo V6 producing a figure north of 400-horsepower.

A detuned version of the 2.4-liter V6 found in the 1,000-hp GR Super Sport Concept? Wishful thinking, probably, but it would set the new Supra up to produce the same legendary performance as its predecessor. 2JZ? No need.

Our fingers are crossed.