Towing trailers, taking on race tracks, and truckloads of tomfoolery appear to return to the popular car tv show. 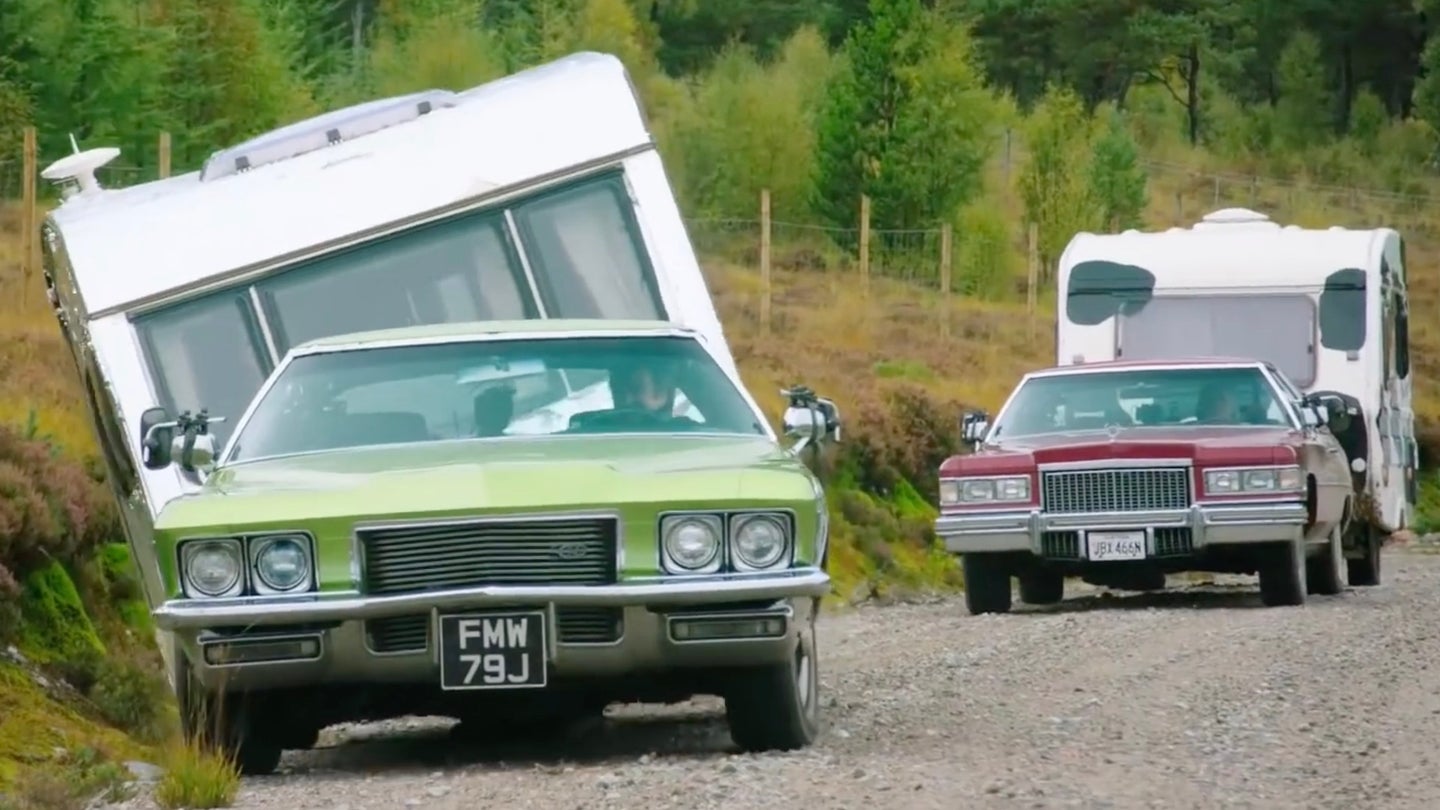 Let's all acknowledge an ugly truth for a second: Jeremy Clarkson, Richard Hammond, and James May haven't exactly been on their best form in recent years. The Grand Tour has had its moments, but all too often, episodes like A Massive Hunt leave us wondering if now's the time to pull the plug on the operation at long last. Our hopes remain high though, especially following the trailer for the trio's newest special, Lochdown, a proto-pandemic romp across Scotland.

As revealed in a trailer released Thursday, the Brits embark on a tour of the northernmost land of Great Britain in Malaise Era American cars, ill-suited to the British Isles' tight roads or gas prices. Clarkson commands a '70s Lincoln Continental Mark V, Hammond a 1971-1973 Buick Riviera, and May, a 1975 or 1976 Cadillac Coupe de Ville.

These decadent disgraces to the American automotive industry are taken many places they don't belong, European city roads, through rivers, and for at least one hairy, roly-poly lap of a racetrack. As COVID-19 restrictions come into effect, they're then forced to sequester themselves away in trailers, which they tow behind (and possibly destroy with) their Malaise machinery.

They also appear to spend some time modifying their cars, as evidenced by a Plymouth Superbird-style wing on Hammond's Buick—Lord knows why he did that.

Guess we'll all find out when Lochdown hits Prime Video on July 30. Before it does, be sure to stock up on toilet paper, just to put yourself back in that shellshocked early-pandemic state of mind. If you ever left it, that is.

Do You Want a 1984 Lincoln Continental Diesel? No? Well Here’s a Really Nice One Anyway

Complete with a Ford-installed BMW diesel motor under the hood.