We're in the 'Crazy Future Predictions' Phase of the Pandemic

Today on Speed Lines: Cocoon-like car interiors and a decline in public transit? Who knows. 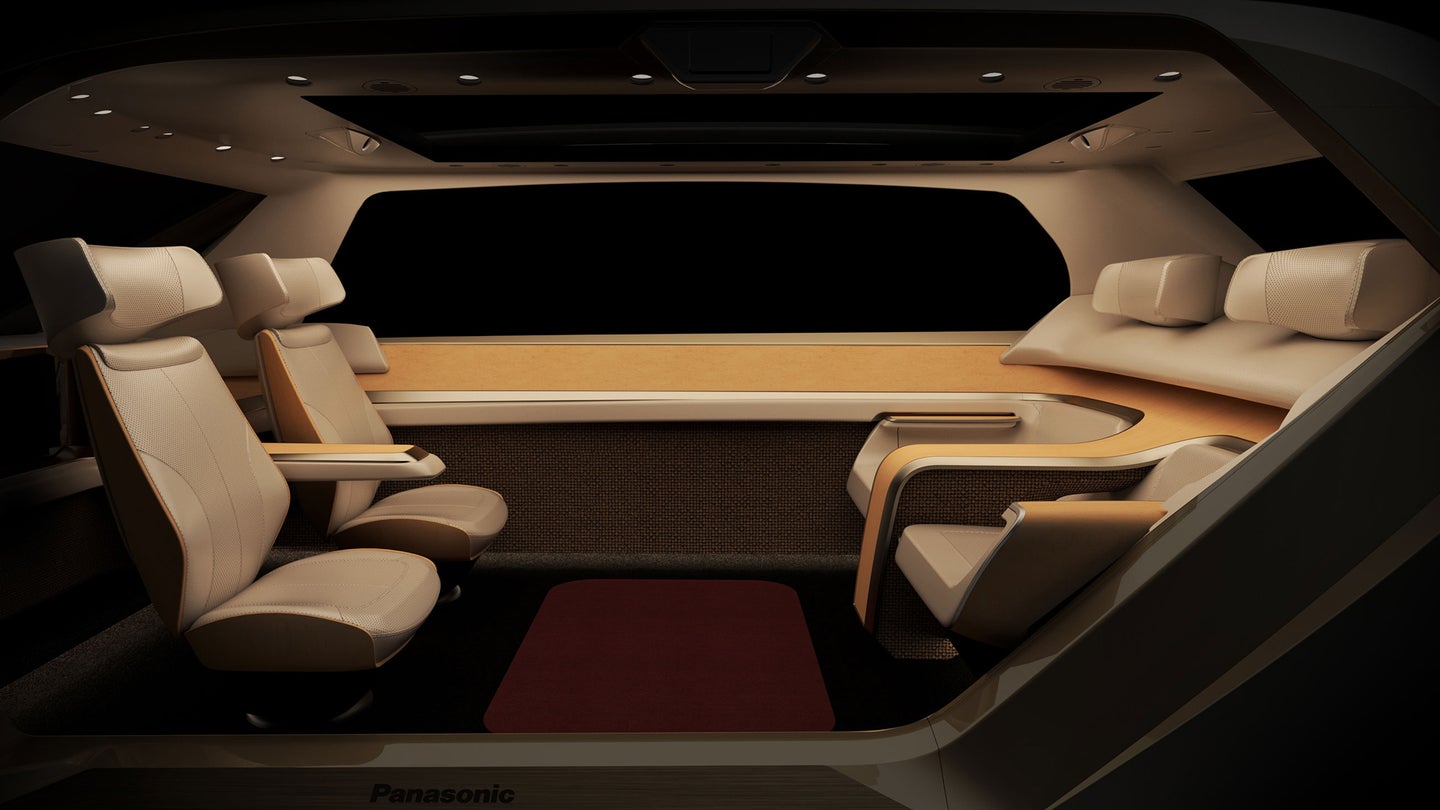 Good morning and welcome back to Speed Lines, The Drive's morning roundup of what matters in the world of transportation. The good news is it's almost Friday. Beyond that... well, maybe we just focus on how it's almost the weekend.

The Interiors Of The Future Will Be Even Fancier, More Protective Now

A friend and I were talking yesterday—I think, time has little meaning anymore—about how weirdly "normal" our current situation is starting to feel. Granted, that's a pretty privileged position by people who have the luxury of working from home during quarantine. I doubt grocery store workers feel the same way. But it does show how quickly humans adapt to their surroundings.

What I've found in the journalism world is that, beyond wild models that are all over the place, is that we're getting into the "crazy predictions about the future" phase of whatever this is. You know, everyone trying to game out what the world looks like after this, and hopefully make money in the process. That new proposed plane interior setup is a good example.

This is true in the world of cars. Bloomberg reports that designers and engineers at luxury automakers are working on interiors that are more protective, luxurious, cocoon-like, and "sanctuary"-esque than ever before, designed to protect your overall health as well as your body. And it means, possibly, cars designed to be understated and centered around personal privacy on the road.

From the story, emphasis mine:

But mental health during and after the psychic trauma of an historic pandemic will mean a whole new level of concern. Future drivers will expect total efficiency and total isolation -- for their own safety, says Alister Whelan, the creative director for interior design at Jaguar Land Rover.

I say it's too early to call any of that, but it tracks with how automakers were already headed with their increasingly autonomous vehicles. But I can't say "total isolation" is what I want out of my own vehicle.

What About... More Cars?

Next on the predictions beat: that, fearing germs, people may turn away from public transit in their cities and more toward private car ownership. (You know, because public transit in America was so robust, well-funded and high-quality to begin with.) This too comes from Bloomberg.

“I have no interest in getting on the bus or a ride-sharing system unless I’m in a hazmat suit,” Rogers said in a phone interview. “I’m very much erring on the side of caution. I know where the car has been and who has been in it.”

Welcome to present-day America, where people are avoiding other humans and anything they might have touched, including steering wheels, bus railings and car armrests. The precautions Rogers and others are taking are a glimmer of hope for automakers and dealers who need depressed vehicle sales to bounce back. They also could prolong the crisis for the sharing economy by leaving public transit providers and companies including Uber Technologies Inc. and Lyft Inc. reeling from a long-lasting dearth of riders.

The auto industry is already seeing a couple of positive signs in this regard. In the first two weeks of April, Cars.com’s unique visitors bounced back from late-March doldrums. According to a recent survey by the vehicle-shopping website, 20 percent of people searching for a car said they don’t own one and had been using public transit or ride hailing. They might buy a set of wheels to be safer from a pandemic that could linger well into the year, Cars.com CEO Alex Vetter said.

Now, I love Bloomberg as much as the next person—who doesn't!—but I feel inclined to throw some water on this one. At the very least, it's a bad take; we need more and better public transit in this country, not less, and it shouldn't be an either/or, cars vs. buses (or trains) proposition. People should have choices in how they get around and cities need to do better to accommodate that.

Second, I don't foresee huge surges in car ownership in some of the biggest and most transit-centric cities, like New York. Not unless a lot of cheap, widely available parking springs up by magic. While people may be wary of public transit for a while, this feels like desperate automakers trying to find hope rather than some actual, foreseeable trend.

That, or people will be forced to get cars because this economy and social distancing are kneecapping transit funding. But I hope that won't be the case.

Anyway. Let's move off the predictions beat for a moment and talk about some stuff that's actually happening. And one of them is that Faraday Future, everybody's favorite shady failson would-be electric carmaker, is getting a $9 million loan from the Small Business Association’s Paycheck Protection Program.

The news was first reported by The Verge, which notes that the company only had $6.8 million in the bank as of last summer, but it's still paying its CEO a $30,000 a month salary:

Faraday Future is not the only EV startup to have gotten one of the PPP loans, either. Struggling electric trucking startup Workhorse received a PPP loan of $1,411,000, according to a recent filing with the Securities and Exchange Commission (SEC). Arcimoto, which finally started production on its three-wheeled electric utility vehicle late last year, also applied for a PPP loan according to its own recent SEC filing, and CEO Mark Frohnmayer tells The Verge that the startup should have an update on the outcome of that application in the “coming days.”

The $9 million (and change) comes at what is a crucial time for Faraday Future. The company’s founder and main financial backer, Chinese billionaire Jia Yueting, personally filed for bankruptcy in October. While his creditors (many of which are Chinese companies that lent him money for his failed tech conglomerate, LeEco) are largely on board with the payment plan he proposed, the process of confirming that plan has dragged on for months. Jia has said in court filings that potential investors in Faraday Future are waiting for his own personal bankruptcy case to be resolved before putting any money into the EV startup.

It's really great news that $9 million from the American taxpayer is going to... Faraday Future. You just love to see it. Nothing to be furious about there, nope.

Want to Find a Misinformed Public? Facebook’s Already Done It (The Markup)

How to Find Your Voice as a Writer (Medium)

Who in the world of transportation deserves a PPP loan? Who doesn't?