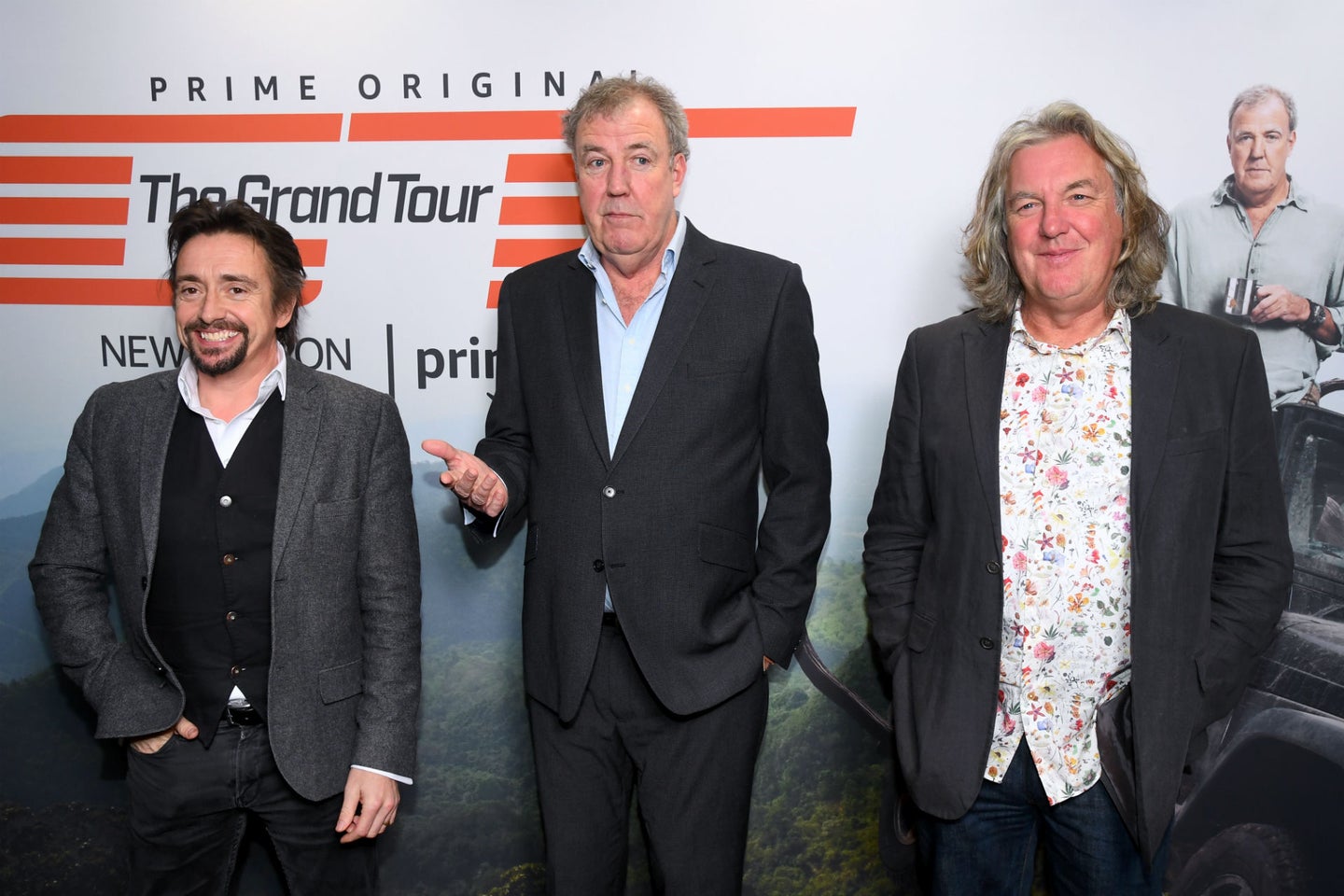 While filming the upcoming season of The Grand Tour, the production crew nixed an idea for a special in the Middle East due to concerns over terror attacks.

Season four of the show is set to be a departure from the studio-based, talk-heavy format we’ve seen from the trio for nearly 20 years. And while we won’t be seeing Clarkson, Hammond, and May in the now-famous tent, we will get at least one season filled with nothing but the globe-spanning specials. If we’re honest, those were the best parts of the new show anyway, but it turns out traveling the world to make good television isn’t without its risks. The episode was originally planned to cover a trip from Saudi Arabia to Cairo, Egypt, but was scrapped over “sporadic and vicious terrorist attacks."

Writing in his regular Sunday Times column, Jeremy Clarkson said, “This would be an epic journey, except it would mean crossing the Sinai peninsula and, thanks to ISIS, the chances of us all arriving on the other side with heads were slim."

Previously, The Grand Tour also skipped filming in Australia because of heavy media scrutiny, and a proposal to film on the Andaman Islands near Thailand was shot down after producers learned of a tribe there that kills anyone who lands—all worthy reasons to skip out on a holiday abroad.

The three are no strangers to trouble on the road. In the not-so-distant past, the three hosts found themselves in hot water while filming an episode of Top Gear in Chile and Argentina over a perceived reference to the bloody Falklands War. The two-part special, filmed in 2014, ended with the crew and presenters fleeing Argentina in a hurry after protesters determined that the H982 FLK number plate on Clarkson’s Porsche 928 was fake and meant to stir controversy.