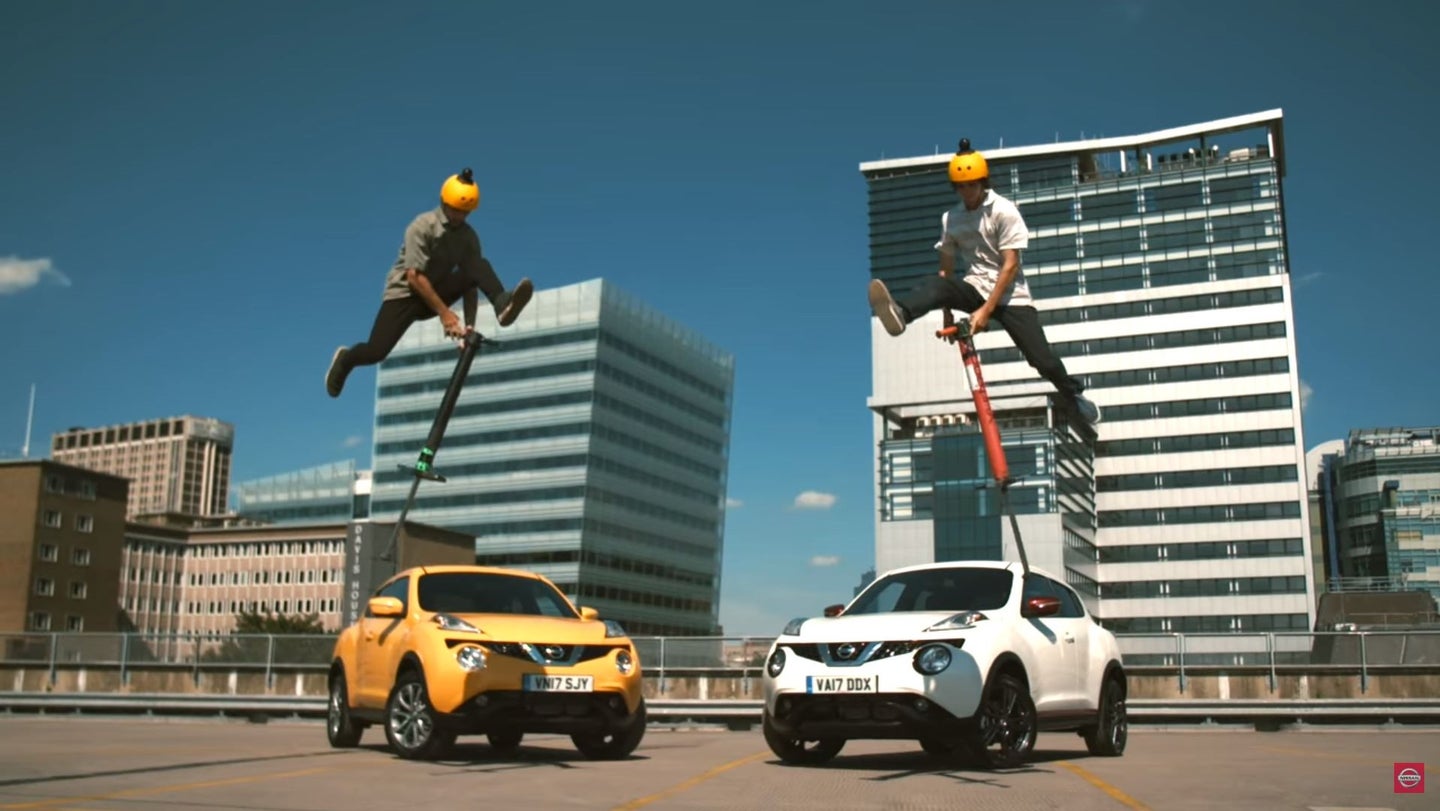 Have you ever wanted to pull the dashcam out of your car, put it on a helmet, and record yourself jumping over a handful of Nissan Jukes on a pogo stick? If so, Nissan has you covered.

The new JukeCam introduced via YouTube on Thursday is a 360-degree dashcam that doubles as an action cam. Nissan has teamed up with 360fly, a manufacturer of 360-degree cameras for this nifty piece of tech.

More than just a gimmick, this impressive camera will be offered as a factory option on the Nissan Juke. The video shows its usefulness for recording adventures, but more importantly, it can capture valuable evidence in the event you or someone around you get in an accident or some other incident on the road. For superior image quality, the JukeCam records in 4k resolution. Check out an interactive, 360-degree video of pogo action here.

Nissan recruited the Xpogo Stunt Team, a group of people who do tricks on pogo sticks, to demonstrate the action cam aspect of the JukeCam. In the video below, these guys broke the world record for most cars consecutively jumped over on a pogo stick by bounding over three Jukes. Naturally, the stunt is performed while being recorded with a JukeCam.

The videos introducing the JukeCam were published on the Nissan Europe channel and it’s light on specifics as far as availability. For now, we don’t know for sure when it will be available or if it’s coming to the US.

Would you consider ditching your GoPro for a JukeCam?