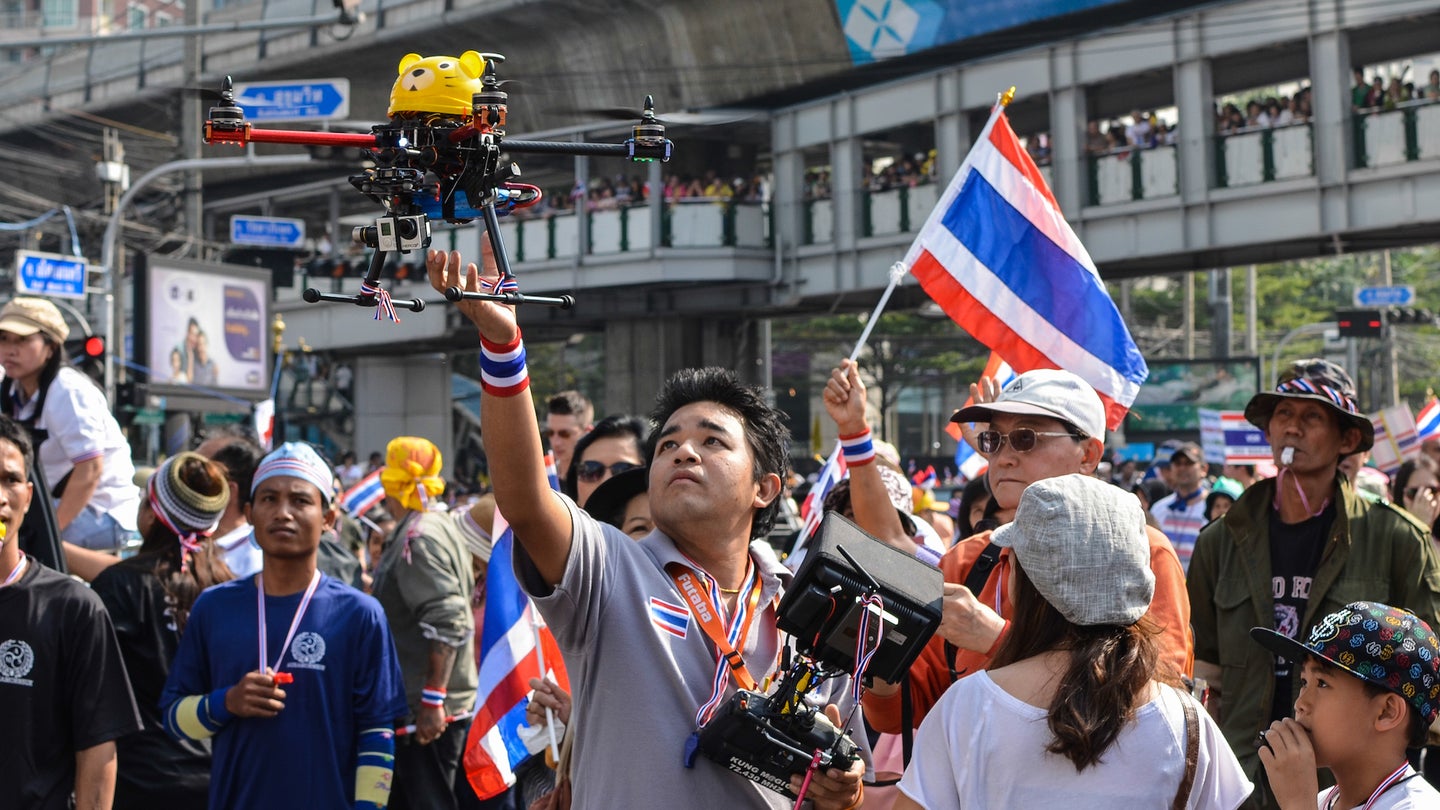 Last October, the Thai government imposed certain drone regulations not too dissimilar from those we’ve seen before. It included some altitude and distance restrictions, being insured, as well as understandably prohibiting piloting one’s unmanned aerial vehicle near government buildings and other high-value areas that the Civil Aviation Authority of Thailand CAAT designated. According to The Diplomat, the deadline to register one’s drone was Jan. 9 of this year, and was included in last year’s regulations. However, these new drone laws aren’t simply added restrictions on how or where to operate one’s UAV - they’ve also provided a sharp incentive for registration, itself, like a fine of 100,000 baht ($3,100) or up to five years in prison for failing to do so.

The National Broadcasting and Telecommunications Commission NBTC reportedly claimed that only a mere 350 drones, out of an estimated 50,000, were actively registered in Thailand, during last year’s newly introduced regulations. That’s an abysmal registration rate; 0.007% isn’t even a drop in the bucket. It’s a sign that either the motivation to register or the punishment for failing to do so has to change.

According to The Diplomat, it was the stick that won out over the carrot, as Thailand is now threatening with either a heavy fine or severe jail time for operating an unregistered drone in the country.

Of course, this number has changed since last autumn. Last Tuesday, several local media outlets reportedly stated that NBTC secretary Thakorn Tanthasit claimed 8,391 citizens had officially joined the drone registry since October’s new regulations. The mandatory registration covers drones regardless of use-case, whether they’re for recreational, commercial, or scientific purposes, as long as they weigh more than 250 grams (0.55 pounds).

As far as drone regulations go, Thailand seems eager to make it clear to its citizenry that operating UAVs is no walk in the park. We’ve seen people in the U.S. misappropriate the use of this tool often enough, such as interrupting football games or delivering drugs, or contraband into prisons. On the other hand, spending a few years in a Thai prison for flying your unregistered hobby drone in the park does seem more like retribution than justice. We’ll make sure to keep an eye on Thailand’s UAV landscape as these laws find their foothold.