This i3 is not an official Art Car, but a rather expensive pastamobile. 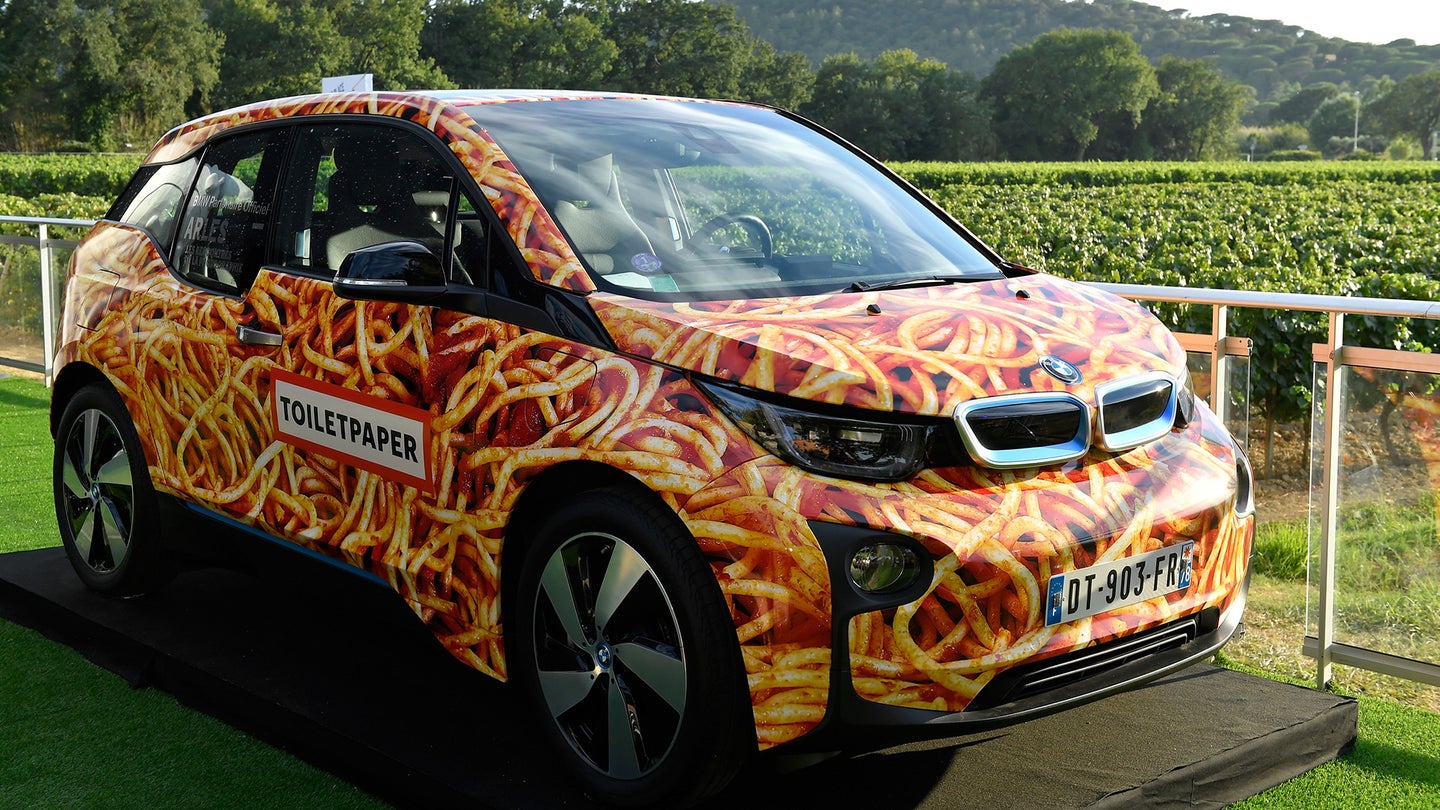 Money might not be able to buy happiness, but it can certainly buy some of the more ridiculous things in the world. Such an example is none other than a BMW i3 draped in a vinyl wrap of spaghetti which BMW states sold for well over six figures during a charity auction.

If you happened to see this BMW driving around, you might mistake it for a rolling advertisement. After all, aside from a printed vinyl wrap that features a blown-up image of spaghetti and the word "TOILETPAPER" on the doors, this is just like any old i3 you could buy at a dealer. The battery, suspension, interior, and every other aspect of this particular car would be the very same as the $42,000 variant that you could order right now.

The $75,000 inflation in price did benefit a good cause, however. The car was auctioned off for charity as part of an event hosted by the Leonardo DiCaprio Foundation, which benefits wildlife conservation. After what some described as "intense bidding", it netted a whopping €100,000 ($117,000) for the charitable organization.

The donation of this unique work for the Foundation's annual charity gala in Saint-Tropez reflects once again the company's culture: daring, innovating, creating in complete freedom, in a responsible and sustainable spirit.

It's important to point out that this is not an official BMW Art Car. Though historically BMW has had some absurd designs, I'm not certain the auto manufacturer would pass a plate of food as the latest member of one of their company's most iconic memorabilia. Oddly enough, BMW's electric lineup received a similar treatment before where "art car"-themed cars were designed, but not officially designated as such.

The 'spaghetti car', as BMW called it, was revealed at the French Rencontres d’Arles Festival of Photography in 2016 as a collaboration between Italian artist Maurizio Cattelan and photographer Pierpaolo Ferrari under their art brand, Toiletpaper. BMW was to have the design destroyed per the wishes of the artist, Cattelan, however it appears that the car lived on long enough to become the property of a collector.

At $35 each, Period Correct’s latest line hits the mark.