That’s as many as BMW delivered in the previous three years combined. 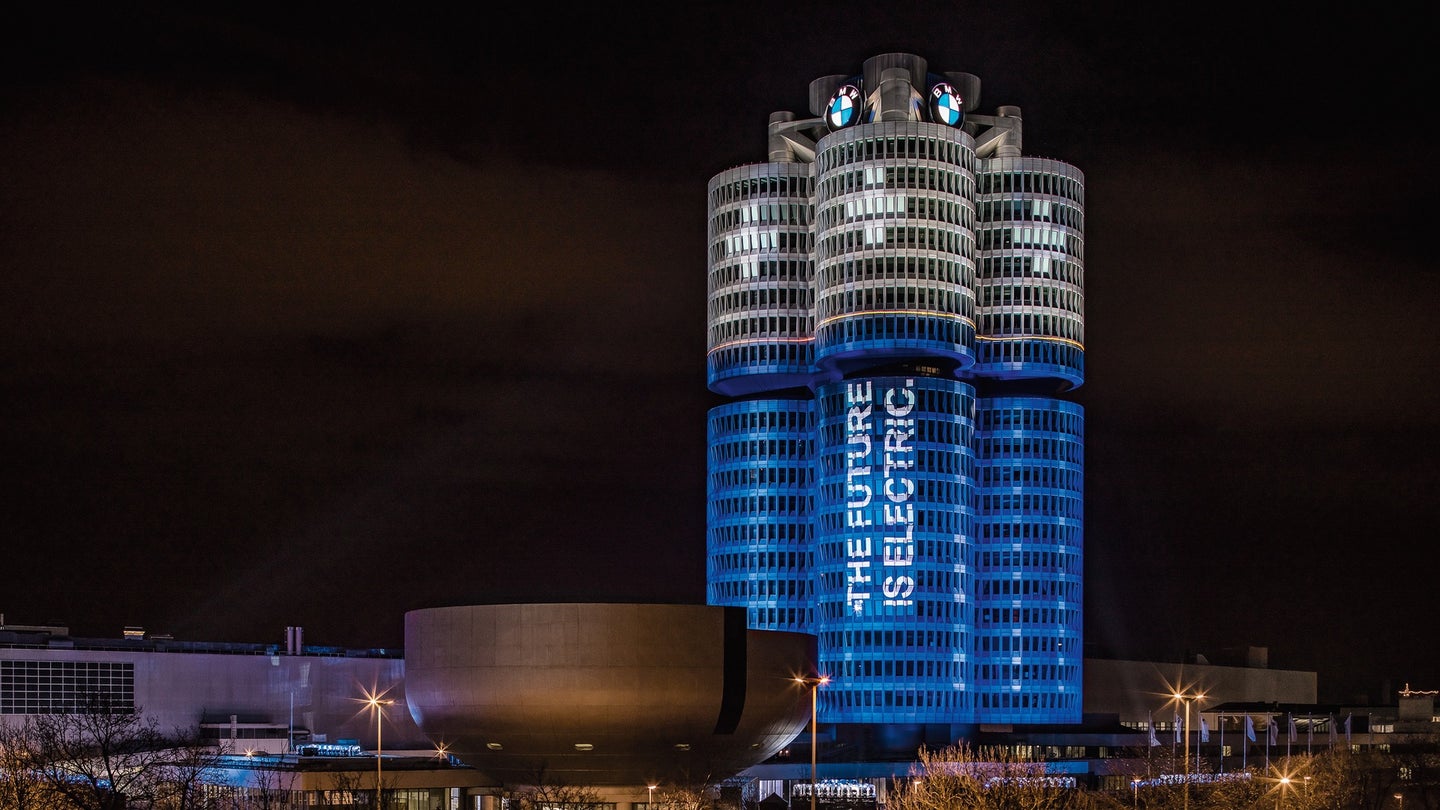 BMW has met its goal of delivering 100,000 electrified cars worldwide this year. That's equal to the number of electrified cars it delivered between the introduction of the i3 in Europe in Spring 2013 and the end of 2016. The increase in sales reflects BMW's increasing focus on electric cars and plug-in hybrids, as well as a recent strategy shift in its electrified product line.

The 100,000th electrified BMW delivered this year was handed over in a ceremony at the automaker's headquarters in Munich, Germany, which was lit up to look like a cluster of batteries. BMW CEO Harald Kruger handed the keys to the i3 to its new owner, an 80-year-old customer from the North Rhine-Westphalia region of Germany.

BMW's electrification efforts were at first centered on the "i" sub-brand, but more recently the automaker has shifted focus to producing electrified versions of its more mainstream models. In particular, an array of plug-in hybrid versions of popular models like the 3 Series and X5 has helped BMW expand sales in a way that wouldn't be possible if it stuck to the "i" formula of only offering plug-in powertrains in dedicated, lower-volume models.

BMW plans to launch 25 new electrified models by 2025, including 12 that will be all-electric. Rolls-Royce and M performance models will be included in that total, as well as new models for a long-overdue expansion of the "i" sub-brand. A company press release noted that BMW has secured the rights to the names i1 through i9, and iX1 to i9. The company has hinted at a model that could slot between the i3 and i8, possibly called i5.

In the near term, BMW will launch the i8 Roadster next year, followed by an all-electric Mini in 2019, an electric version of the X3 in 2020, and a new electric sedan codenamed iNext in 2021. The iNext will also be the first production application of BMW's autonomous-driving tech.

The augmented reality app allows users to customize their own i-vehicle and interact with it virtually.