Portugal. The Man Lead Singer Creates Designs for BMW i Models for Coachella

John Gourley throws some colors onto the BMW i clan in the name of art and music. 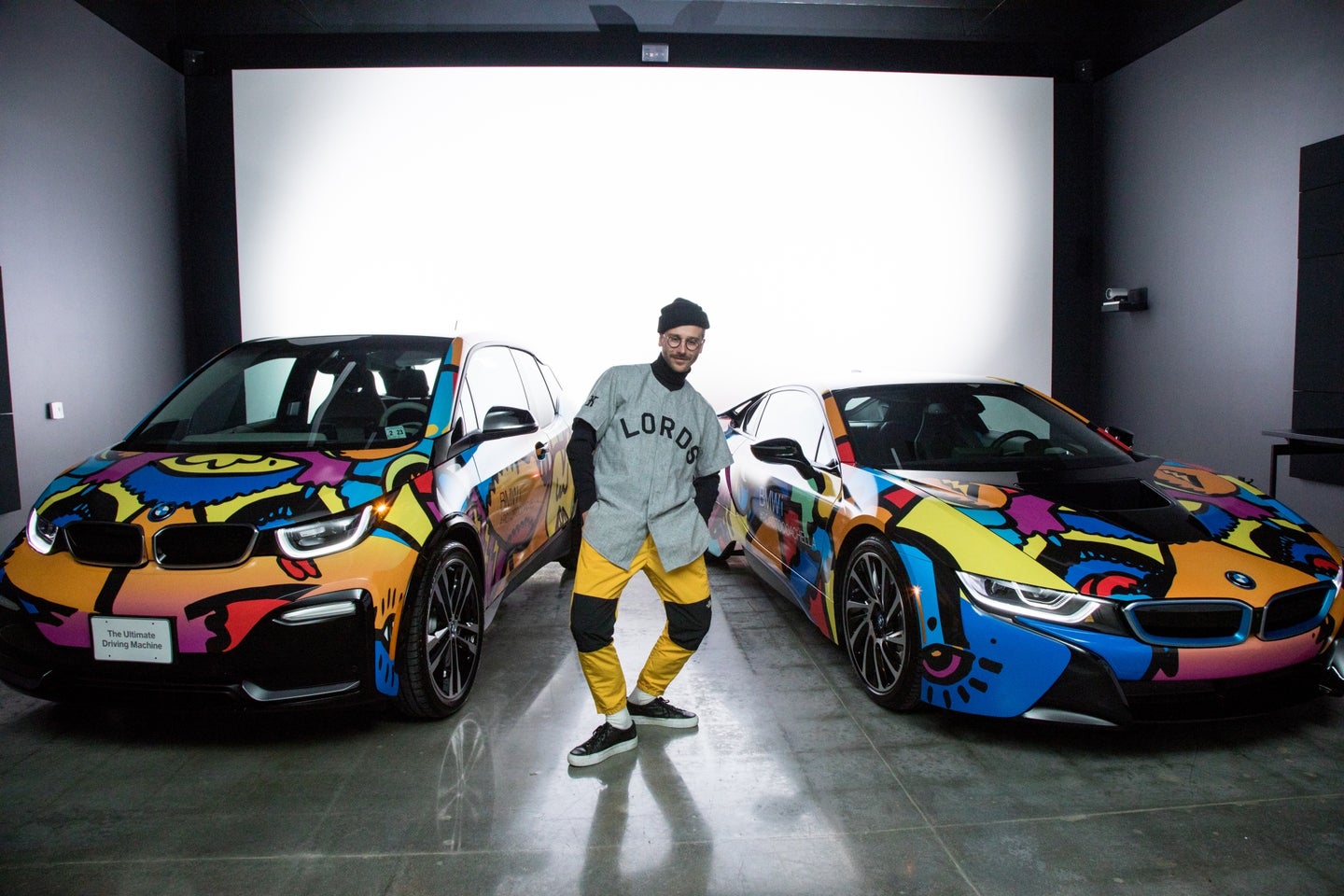 BMW i, the official partner of the Coachella Valley Music & Art Festival this year, collaborated with John Gourley, the lead singer of the rock band Portugal. The Man to create unique paint schemes for the BMW i models.

The collaborative works of art were done to create anticipation for the music festival on social media channels. Coachella is April 13-15 and April 20-22 on the Empire Polo Fields in Indio, California where BMW will unveil the unique Coachella designs to the public.

These colorful road-going examples by the Grammy-winning artist "captures the uniquely diverse spirit of the festival" and will be lent to selected international influencers who will document their ride from Los Angeles to the festival using the hashtag #roadtocoachella. Fans are also encouraged to share their own journeys with the digital world using the campaign hashtag.

What would be more worthwhile is if these influencers could state the fuel economies they achieve on this 130-mile trip just to verify whether the real-world figures are anywhere near the BMW i3’s claimed economy of 109-118 mpg-equivalent, and the BMW i8's 69 mpg-equivalent.

The graffiti-style livery seen on both, the BMW i3 electric vehicle and BMW i8 plug-in hybrid sports car, with its eclectic mix of colors, draws resemblances with the works of Romero Britto, the Brazilian Painter. What do you guys think? Are these unique paint-job models praise worthy or are they meant for "TRASHed," a project for artist-decorated recycling bins at Coachella.

LAPD’s BMW i3s sit with low miles or are being used for personal trips, one report says.