After leaving it behind in 1967, the owner was reunited with his car 33 years later with a random phone call. 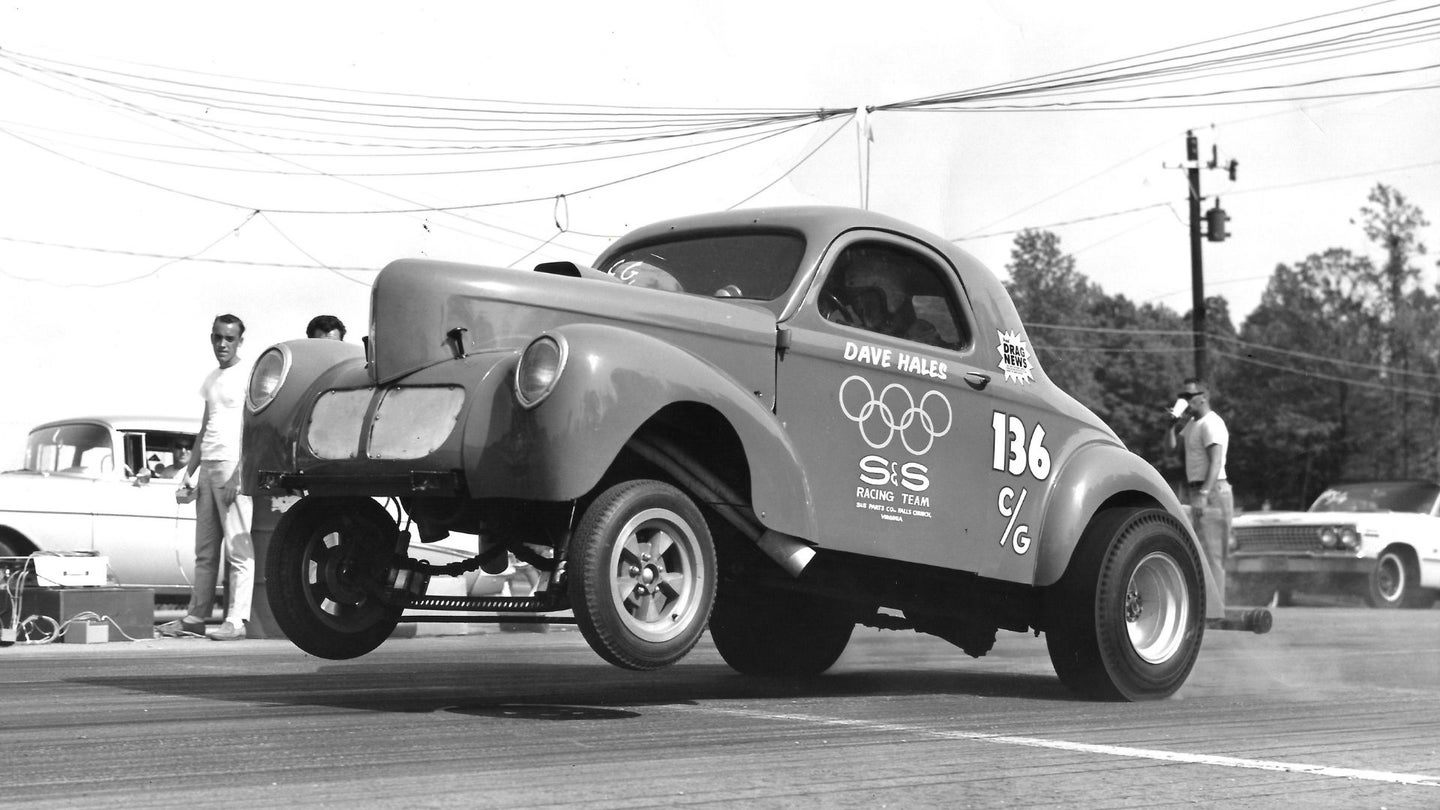 Back in the early 60s during what some call the glory days of drag racing, the average driver could pluck a car out of a field, fix it up, and stake a challenge. Such was the case for young racer Dave Hales when he bought a 1937 Willys he bought from a farmer after spotting it in a field in southern Maryland. He towed it home on Thanksgiving Day 1962 and raced it for several years.

Hales was already a member of the S&S Racing Team in Falls Church, Virginia and his car was one of 26 total sponsored. Today, his Willys is the last complete S&S racing car known to exist, fully restored and on display at the Speedway Motors Museum of American Speed.

This post is part of our ongoing museum series, which was created to bring the stories from museums around the world to The Drive readers. Check out our previous posts in the series about a restored 1921 Duesenberg Model A and James Hetfield's Art Deco hot rod.

These homemade race cars were somewhat disposable in those days, Hales told me. After they had given the best of their racing lives, the cars were stripped of the still-good parts and what was left junked for scrap metal. Gassers, or cars that raced on gasoline instead of race fuel, were separated by class based on weight and engine size; Hales raced his Willys in the middle of the “gasser war years” of 1955 to 1968.

“We were all kids in our teens and early twenties,” Hales says. “You’d throw away the old engine, rear end, or even take the body off the frame. You’d get a V8 from Ford, Chevrolet, or Chrysler, and mount it in the chassis, put the body back on, and make it as you went. In some cases, it was kind of crude but it was functional.”

After Hales towed home his new hot-rod-to-be, he blew it apart in his garage and mounted a 1957 Oldsmobile rear end to the chassis. He added a Moon tank, Hilborn injector, Vertex magneto ignition, Corvette valve covers, and a Borg-Warner T-10. Hales had six or seven engines during the five years he owned the Willys, and his powerplant of choice was a high-revving (Hales says he shifted at 9000 rpm) 283 cubic-inch block from a 1957 Chevy. He bored one out to get it to 288, and the last couple he had were at 301 cubic inches.

Hales was constantly on a quest to make it faster and lighter, and reduced the weight where he could. He didn’t want the tires to spin on the standing start so he added weight for ballast in the back, like lead-shot-filled cross members. On the other end of the spectrum, he replaced the fenders with fiberglass and swapped out the front brakes.

“One of the things we did to make the car lighter was to install tiny front brakes made out of aluminum,” Hales says. “They’d work but were too dangerous to use in practice. During the tech inspection, the brakes would stop the wheel like they were supposed to, and when we got into the pit area we would shut off the fluid to the front brake, taking forty to fifty pounds off the front.”

These measures would lift the front of the Willys into the air at the start, giving the crowd the thrill they came to see. The theory, which Hales says was rudimentary engineering, was that racers would get the best traction if 100 percent of the weight was on the rear wheels. When the car took off, the wheels would lift up; but then the driver would be unable to steer, so they’d get the front end back on the ground pretty quickly.

Hales raced this car for five years and sold it in 1967 to another racer he knew. Then he finished college, got a job, and life went on. He lost track of the car and gassers became obsolete with the uptake of cars built specifically for racing. Many of the cars he raced against were tossed away, forgotten.

Thirty-three years after he sold the car, he got a phone call from a man in Wayne, Michigan who had bought the Willys at a swap meet in Pennsylvania. The buyer located and contacted Hales to verify it was indeed the car he had raced back in his S&S Racing Team days. A few weeks later, Hales traveled from his home in Florida to Michigan to check it out.

“The whole car was intact: the firewall, the floorboards, the roll bar, the seats, and the upholstery was still in it, believe it or not,” Hales says. “Drag racing rules required upholstery but it didn’t have to amount to much. I installed black Naugahyde on fiberglass seats, kind of like the ones you’d find in a laundromat, and the upholstery snapped on like a boat cover. Everything was still there.”

It took Hales a full year to convince the buyer to sell it to him, and when he finally brought it home it took him another 16 months for a full restoration to its original parts. Two years ago, Hales started visiting museums all over the country looking for a home, including the now-closed Muscle Car City in Florida. He made a point to drive through Nebraska to see the Speedway Motors Museum of American Speed, and the curator agreed that the Willys deserved a place of honor; that's where it will stay.

"Every car has a story," Hales says. This one may even have a few more left to give.

CORRECTION: 3/13/21 10:55 PM In a previous version of this story, the T-10 transmission was incorrectly identified. It is, indeed, a Borg Warner product. 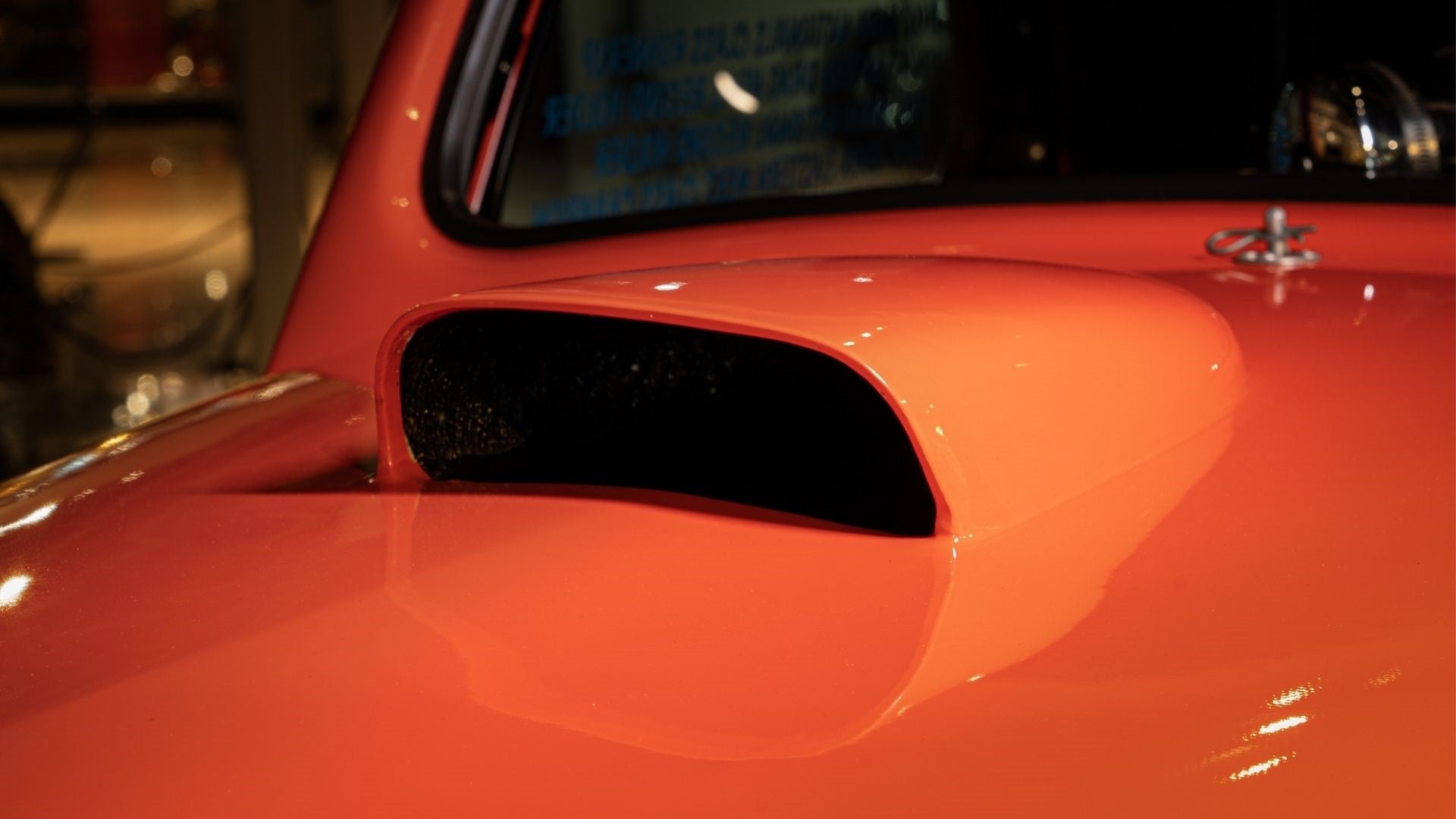 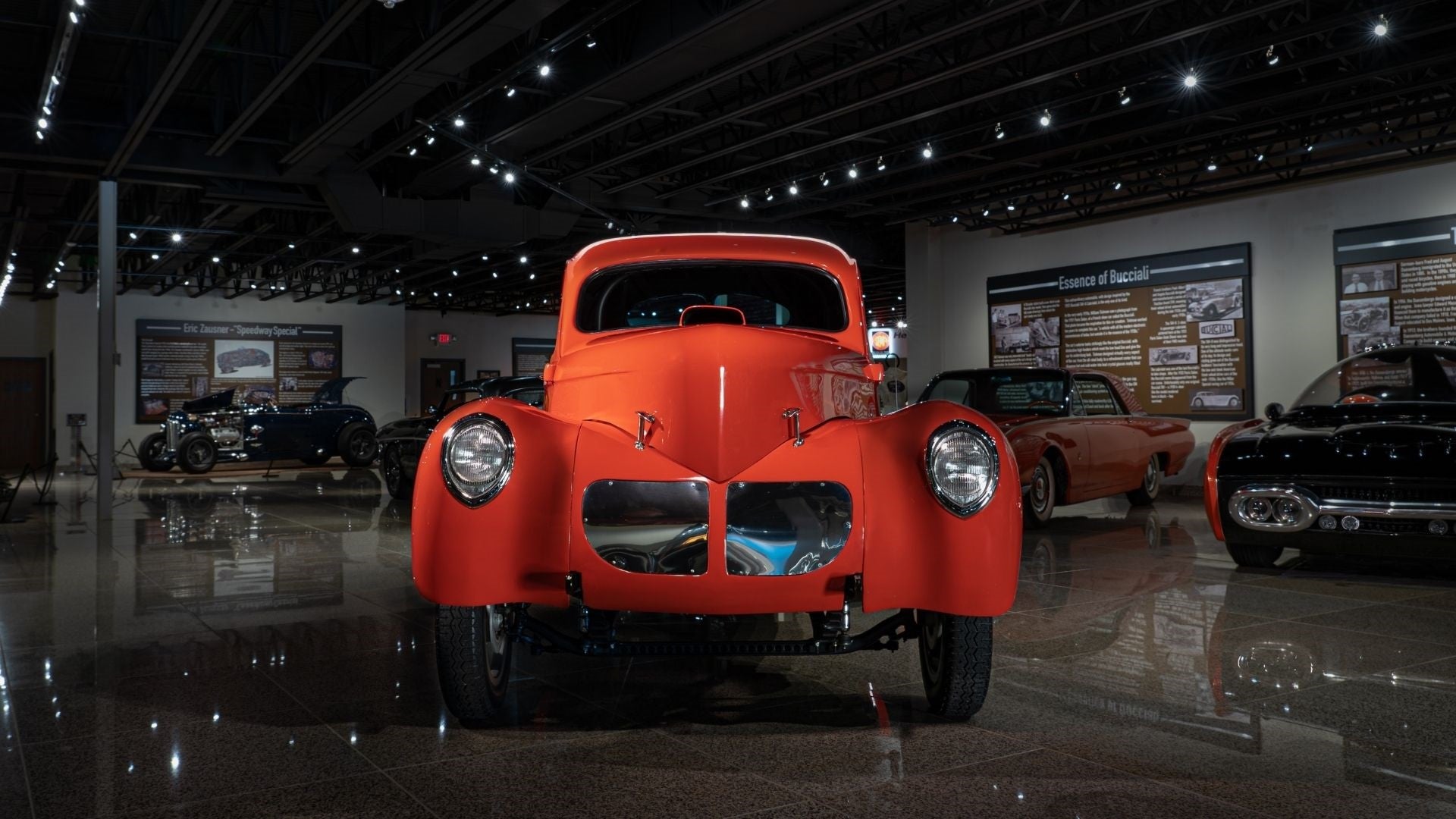 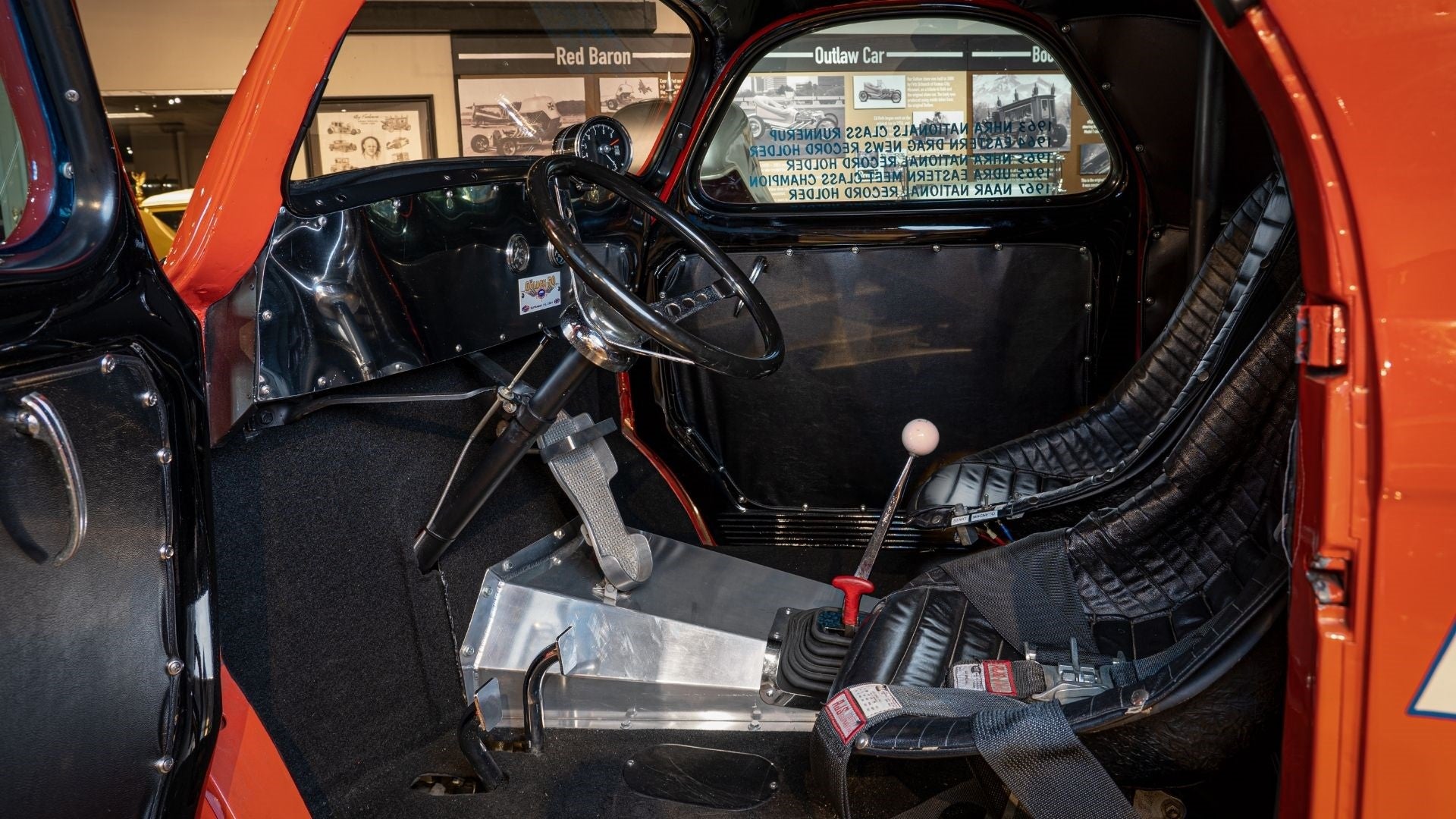 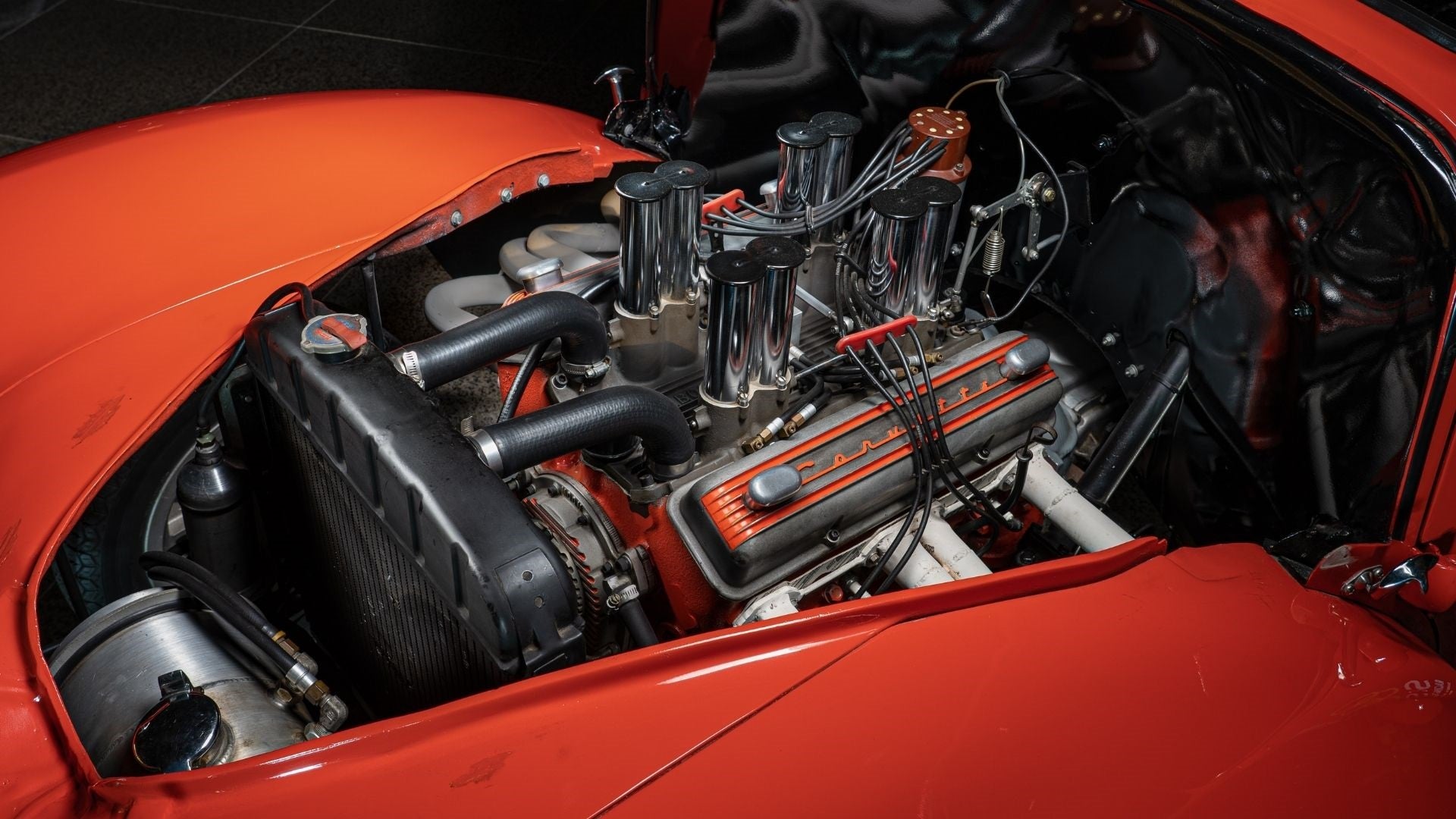 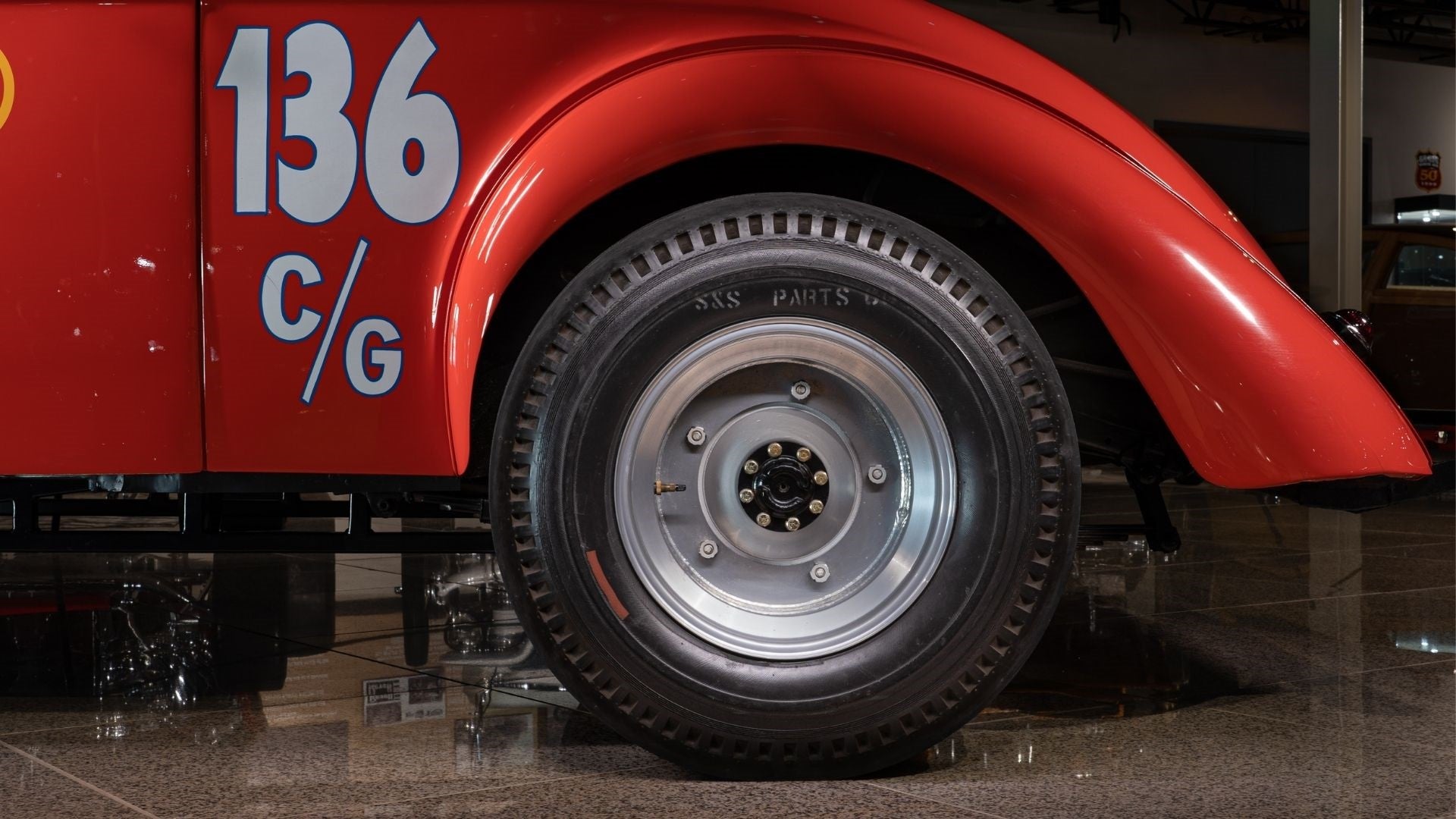