Just the thought of something going wrong is quite awful. 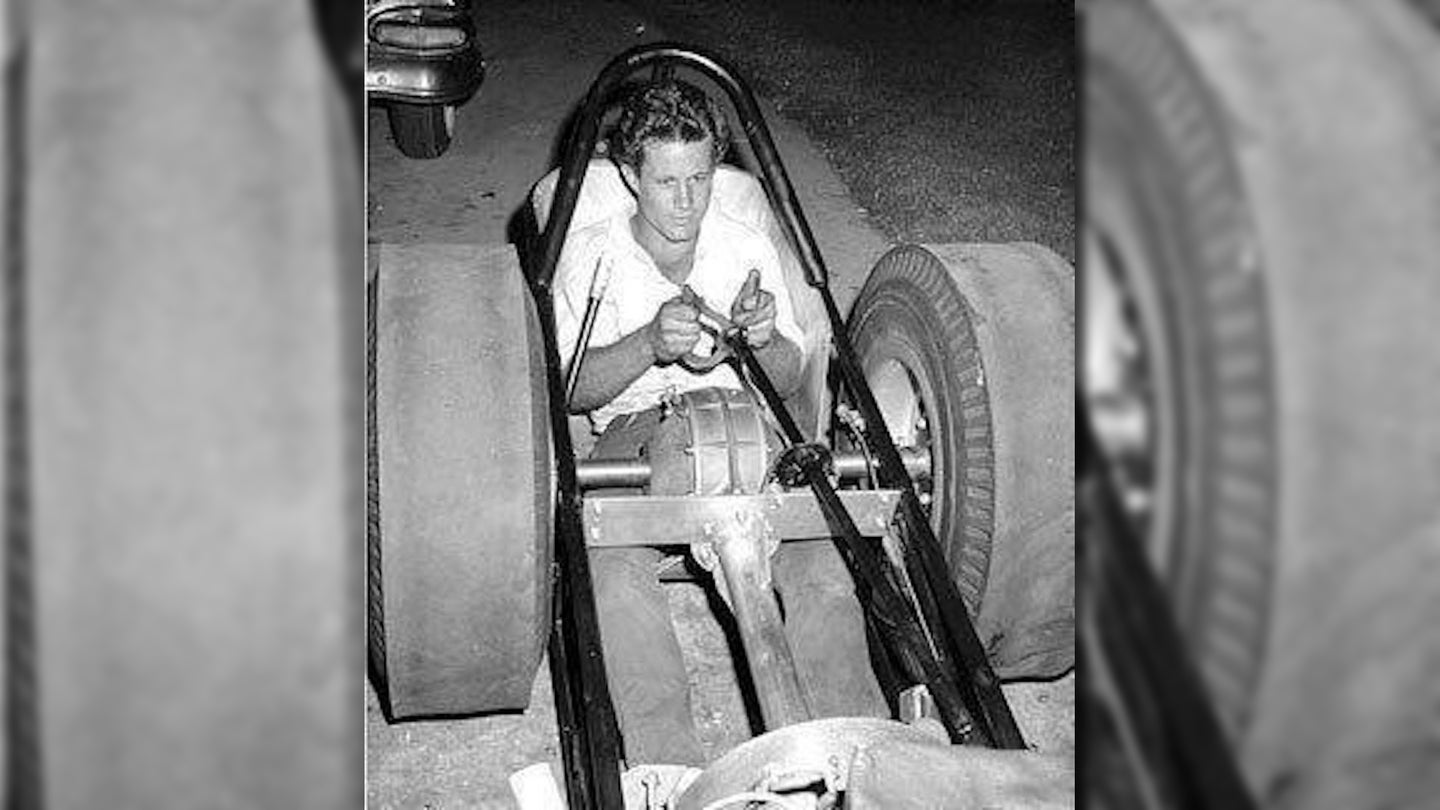 It's widely accepted today that the best place for a racing driver is in front of the hot, combustible drivetrain. In the early days of racing, however, when safety was an afterthought, any risk was worth taking in the pursuit of victory—even if it meant cradling parts prone to violent failure in the driver's lap. Such was the case with some early-day, cockpit-aft dragsters called "slingshots."

Pioneered in 1954 by Mickey Thompson's Panorama City Special, slingshots situated the driver behind the rear axle, increasing weight over the drive wheels to maximize traction. As you can see in the photo above, the contraption looks so dangerous it's borderline comical—prompting folks to question the veracity of images depicting it. But let me tell you, it's real.

Drivers typically extended their legs over the rear axle to access the pedals, rather than under, as leg-under designs were hard to get into, never mind out of in hurry—sort of how you'd be if you were on fire without a Nomex suit on.

The example depicted here would've been especially tricky, with the driver's knees being ahead of the axle—it's speculated to be an ultra-light slingshot called the Underdog, which Hotrod has a good highlight on.

Obviously, major component failure would pose a massive risk to the driver of a slingshot, and such did in fact occur on at least one occasion, to none other than drag racing's father figure himself: Don "Big Daddy" Garlits.

While testing an experimental two-speed transmission in his slingshot Swamp Rat 13 in 1970, Garlits rushed the car to the start without properly filling the transmission. When the Christmas Tree went green, Garlits' transmission exploded, shearing the cockpit off the back of the car, and flinging shrapnel that seriously injured several people, Garlits included.

The accident proved a pivotal moment in drag racing's history, as while hospitalized, Garlits conceptualized a safer form of dragster, one with the engine behind the driver.

He incorporated the idea into a new dragster, the Swamp Rat 14, which seized two Top Fuel Eliminator event wins by the end of 1971. Since then, the slingshot has faded into relative obscurity and is rarely seen outside "nostalgia" drag events. Kits to build them can still be bought, but considering the risks they pose to you and your hypothetical future offspring, these relics may be best left to history.

No one is safe on Mustang Night.

If you just want to go fast, why not let Mopar put the car together for you?